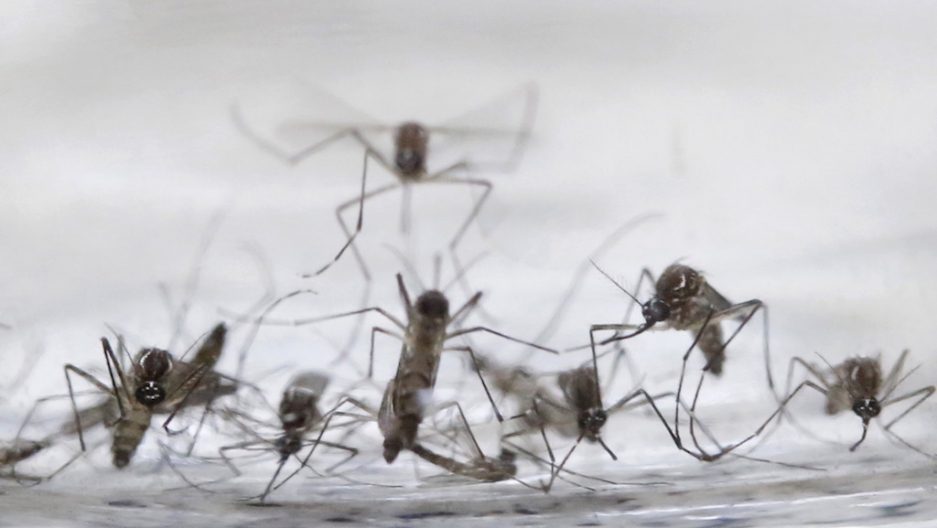 Zika is starting to take root in the United States. World athletes are arriving in Rio de Janeiro for the Summer Olympics — others notably are not, to avoid catching the virus.

But now Brazilian doctors are quietly acknowledging they may have been wrong theorizing that Zika itself causes birth defects.

“We suspect that something more than Zika virus is causing the high intensity and severity of cases,” Fatima Marinho, director of information and health analysis at Brazil’s Health Ministry, told the journal Nature last week.

The news that Zika alone may not be causing birth defects has the potential to flip the script on much of what's considered common knowledge on the virus.

For months, Brazil’s Health Ministry has sounded alarms about Zika, a mosquito-borne virus that can also be sexually transmitted. Doctors blamed it for a spike in birth defects in northeastern Brazil, particularly microcephaly, in which babies develop smaller-than-normal heads.

But as Zika has spread across the Americas, it has so far not been followed by a corresponding rise in microcephaly.

In Colombia, for example, thousands of pregnant women are known to have contracted Zika. Colombian health officials have confirmed 22 cases of microcephaly this year that they said are linked to the Zika virus.

Even in Brazil, in the populous state of Minas Gerais, which borders the most affected region, Nature reported there have only been three confirmed cases.

This anomaly has led Brazilian officials to ask Oliver Brady, an epidemiologist with the London School of Hygiene and Tropical Medicine, to help them assess what’s going on.

Brady said he’s still at the beginning of a long journey, examining many factors. They include looking at how microcephaly data are collected across different countries and regions, and considering alternative theories about what caused microcephaly to rise in northeastern Brazil, but not elsewhere. (The US diagnoses an estimated 25,000 cases of microcephaly annually. A variety of known factors lead to the condition, but the cause is not always detectable.)

Nature reported that the Brazilian doctor first thought to have established a link between Zika and microcephaly is now investigating whether another disease called bovine viral diarrhea virus combined with Zika to cause birth defects.

“Zika’s still probably the leading hypothesis for why there’s this increase in microcephaly, so Zika-plus is probably the reason,” Brady said in a phone interview.

Brady said the way data are collected has likely skewed the perception of just how many birth defects the virus may be causing.

Brazilian data on microcephaly are questionable. Experts agree that previous years’ estimates are completely inaccurate. As PRI reported earlier this year, nobody is completely certain that the incidence of microcephaly has even risen in Brazil.

The fallout from the Zika crisis has been significant. Top athletes — from golfer Vijay Singh to cyclist Tejay van Garderen — refuse to attend the Summer Olympic Games because of fears of the virus. In Florida, officials are telling tourists not to panic after the virus reached Miami.

Florence Fouque, one of the World Health Organization’s leading experts on animals that carry viruses, said the public response to the Zika outbreak has been “completely hysterical.”

Fouque said that hysteria derives from two elements: Zika is affecting pregnant women, and the virus can be sexually transmitted.

“It’s like AIDS,” Fouque said. “People make this link and that’s why they are really afraid.”

Nevertheless, Fouque and Brady both defended the WHO’s actions in declaring Zika a global emergency.

The organization was heavily criticized for reacting too late to the Ebola crisis, and therefore acted quickly on Zika, Fouque said.

Brady added that caution is always the best plan of action when dealing with a virus that researchers don’t understand well.

In Rio de Janeiro, where many athletes have now arrived for the Olympics, social media is awash with pictures of athletes using mosquito nets in their rooms. The US National Women’s Soccer Team goalkeeper Hope Solo told USA Today that she doesn’t plan on leaving her hotel room except to train or compete in the games.

“I strongly believe that no athlete should be put into this position — to decide between your Olympic dreams and your own health,” Solo told the newspaper.

Apart from the fact that it’s winter in Rio, meaning far fewer mosquitoes are buzzing around than other times of year, Brady said there’s no conclusive scientific proof that Zika actually causes human birth defects.

Some studies have shown Zika can pass between a mother and her unborn baby. Others have found the virus attacks brain cells in mice. But those tests aren’t final proof, he said.

“You see that with a lot of arboviruses,” he said, using the scientific word for viruses spread by creatures like mosquitoes and ticks. “They have pathogenic qualities and if you put them in the right tissue then they will cause some sort of damage. And they tend to be quite transmissible across a variety of barriers anyway. So it doesn’t necessarily mean that that’s the mechanism that’s happening out there in the field, even if it does work in the lab.”