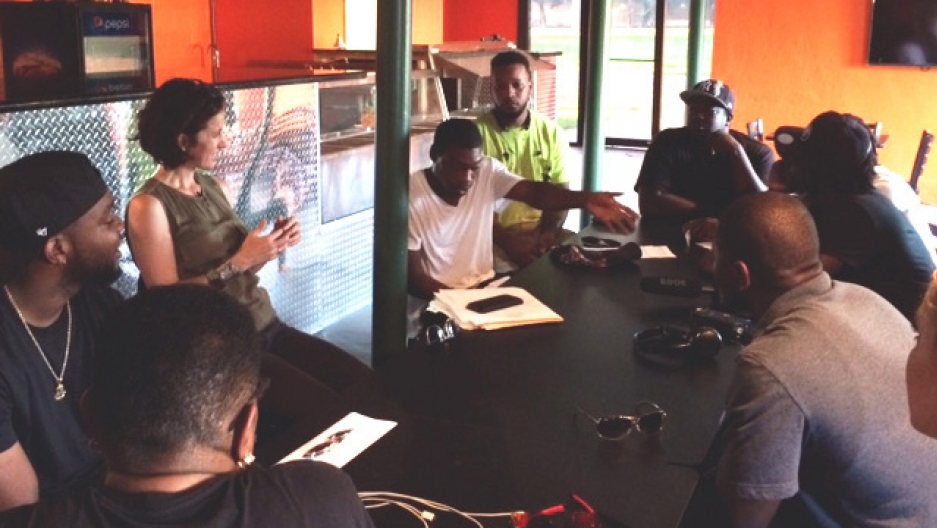 Kelly Orians facilitates a weekly discussion group for formerly incarcerated entrepreneurs. Until their new space is fully renovated, they meet in the back of an events hall in New Orleans' Gentilly neighborhood.

Calvin Duncan knows a lot about prison; he spent 28 years there.

“I was born in New Orleans but I was raised in Louisiana State penitentiary,” Duncan says. “I went to prison in 1982 for a murder that I had nothing to do with.”

Duncan was exonerated and came home in 2011. Since then, he’s spent a lot of time working with people like him who’ve been wrongfully convicted. But he says some of the biggest problems with the prison system apply to everyone, whether you’re innocent or not.

“When I came home from prison I was homeless. I had nowhere to go. I lived with my lawyers, then the intern that worked on my case allowed me to live in her cottage for a year.”

Lousiana holds the dubious distinction of having the highest incarceration rate in the world. The numbers are especially grim for African-American men: one of every seven black men living in Louisiana is behind bars, on parole or probation.

Common Ground, a local New Orleans nonprofit, ultimately gave Duncan a rundown house in the Lower Ninth Ward, and helped him fix it up. He lives there now, and every year he offers his spare room to a different exoneree, rent free. But Duncan knew housing wasn’t the only obstacle he’d face coming home. Not many employers want to hire someone with a felony conviction, even if he didn’t commit the crime.

“This [is] the response: ‘well I read your application and we gonna give you a call.’ And then they think about, ‘do my employees want to work around a person that’s been to prison for 30 years?’” 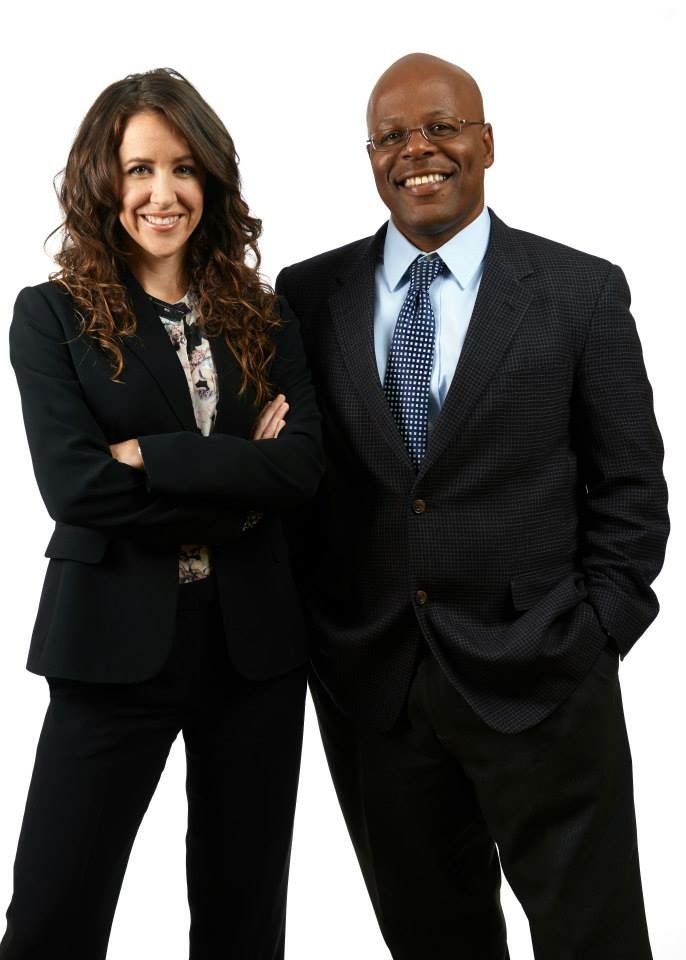 So, instead of depending on employers to give him a chance, Duncan joined with Kelly Orians, a New Orleans public defender, to start an organization called Rising Foundations. They’re renovating an old mansion that will host a transitional housing program for people coming home from prison, where they can get on their feet without worrying about rent or bills. And they’ve launched a small business incubator for formerly incarcerated entrepreneurs.

Some of the entrepreneurs are just starting out, applying for occupational licenses and starting LLCs. Others, like Derrick Perique, are pretty far along on their business plans. Perique is getting ready to open his own custom eyeglass shop. He trained to be an optician in the Louisiana State Penitentiary, better known as Angola. But even with a skilled trade, Perique realized getting a job after prison wasn’t going to be easy — especially in Louisiana, which has more job restrictions for people with felony convictions than any other state.

“I can go out applying for jobs all day. Nobody call me. And soon as I go outside, the first three guys you see selling drugs say, hey you can work for me. So it’s more convenient for guys to go back to selling drugs than getting a job.”

That threat is real: In Louisiana, over half the people released from prison end up back there within five years. Perique hopes to avoid that by owning his own business. Plus, this way, he won’t get stuck in a lower level job.

“I couldn’t move up. I could always be an optician for a company, but I could never be the optometrist,” he says. “I’m not allowed to do it because I have drug convictions.”

Perique says he figured, if he couldn’t become an optometrist, he’d just hire one.

But starting a company from scratch isn’t a sure bet either. Perique has been out of prison for almost three years. During that time he worked at Pearl Vision, and saved some money. With that, plus a little help from family, he was able to cover his start-up costs. But on top of money, you need steady business. So Perique has been exploring contracts with public institutions like local schools, and the Veterans Administration. The one he’s most confident about is a contract to supply glasses at Angola. 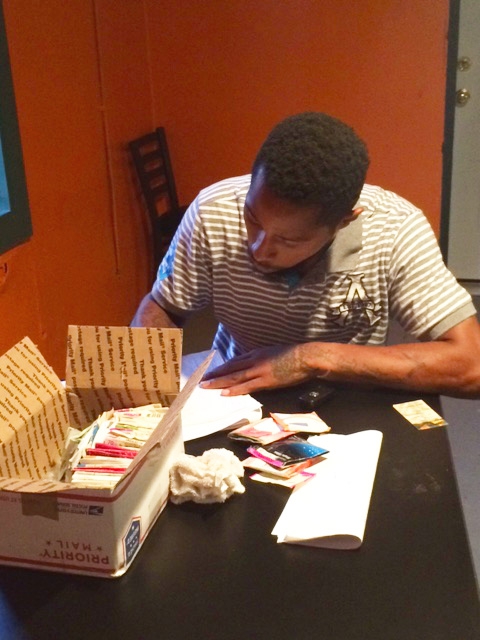 Derrick Perique trained to be an optician in prison. Now he's starting his own eye glass shop.

Perique and others who the program who served time may also be more likely to hire people that get out. Calvin Duncan says that’s a big part of the point of the incubator.

“In New Orleans, the industry is tourism. If the tourism industry don’t want to hire people with a record, where they going to work? But I could start a landscaping company and employ people coming home. I could start a sheet-rocking business and employ them coming home, and we don't’ have to ask them, where he has been in life.”