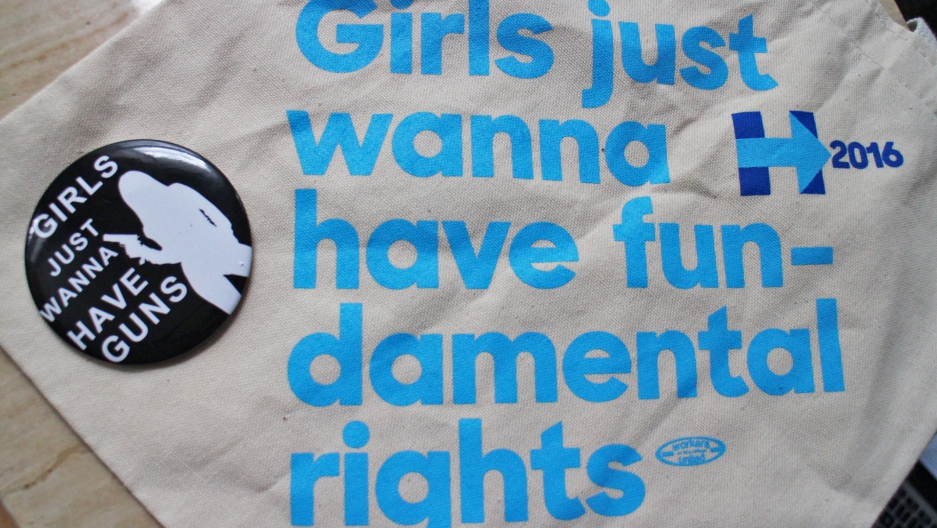 Officially, they exist to nominate the party's candidate. But they're also designed to help campaigns hit the ground running. They have a message. And they have the eyes of the country.

The World's Leo Hornak, who is normally based in London, spent the last two weeks covering both the Republican and Democratic National Conventions. He says he was surprised by how much conversation at both events was had through what people were wearing or waving. A perfect example was when Michelle Obama spoke at the DNC.

"It was just this forest of people waving placards with the word 'Michelle' on it," he says. "You have her smiling there and tens of thousands of people holding up her name.”

That's the official message. It's been tested on focus groups. It's handed out by the people in charge of the convention. 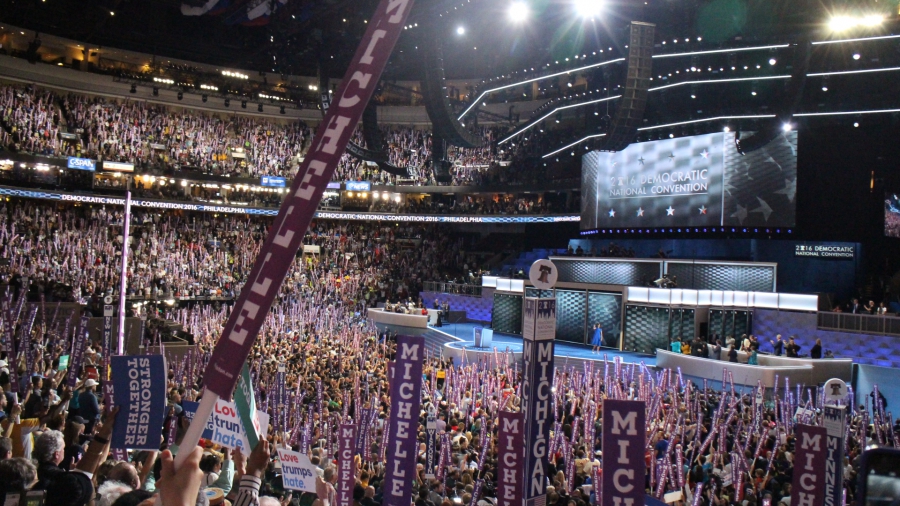 The crowd at the Democratic National Convention waves “Michelle” banners during First Lady Michelle Obama’s speech. The banners were passed out in advance of the speech.

That's not a metaphor. They literally hand it out.

“You know a big speaker is coming when all of these people in yellow jackets start appearing on the convention floor with [garbage] bags," Hornak says. "They start handing out things.”

But when it comes to unofficial messages — buttons, shirts, and other merchandise sold outside the convention halls — the support gets expressed pretty differently.

“When it’s unofficial, the gloves come off a bit more," Hornak says. "It hasn’t been focus group tested. I’ve seen a T-shirt [that says] “Bernie Sanders: Assault on Wall Street” with him as a kind of gun-toting action hero charging through New York and laying it in waste. Probably not what the Hillary Clinton campaign would’ve chosen."

There were plenty examples of this at both conventions: 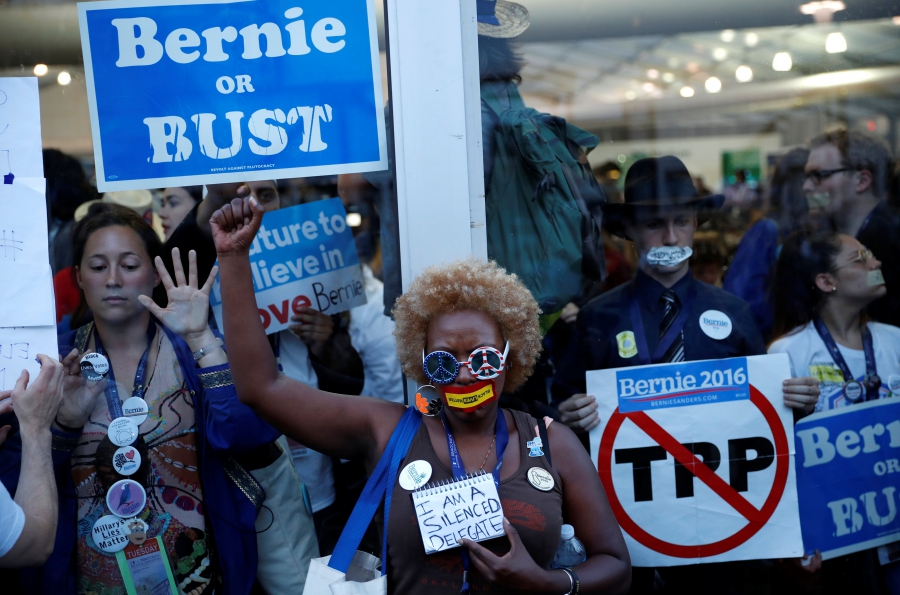 Supporters and delegates of Bernie Sanders protest from inside and outside the glass of the convention arena after they stormed off the convention floor when Hillary Clinton won the nomination.

While the Clinton campaign was hoping the convention this past week was going to bring voters together, there was strong resistance to backing the Democratic nominee from a contingent of Bernie Sanders supporters. Hornak said he saw that message coming through clearly in signs like this one: 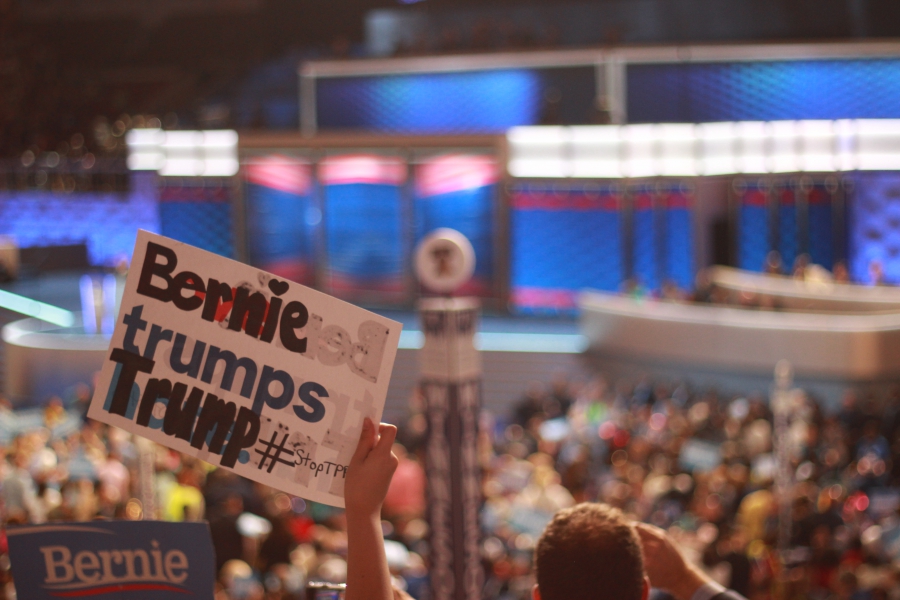 Sanders supporters don't want to be tied to a two-party political system.

The defaced signs are a bit of a middle finger to the official message.

But hey, at least it wasn't an actual middle finger, right?