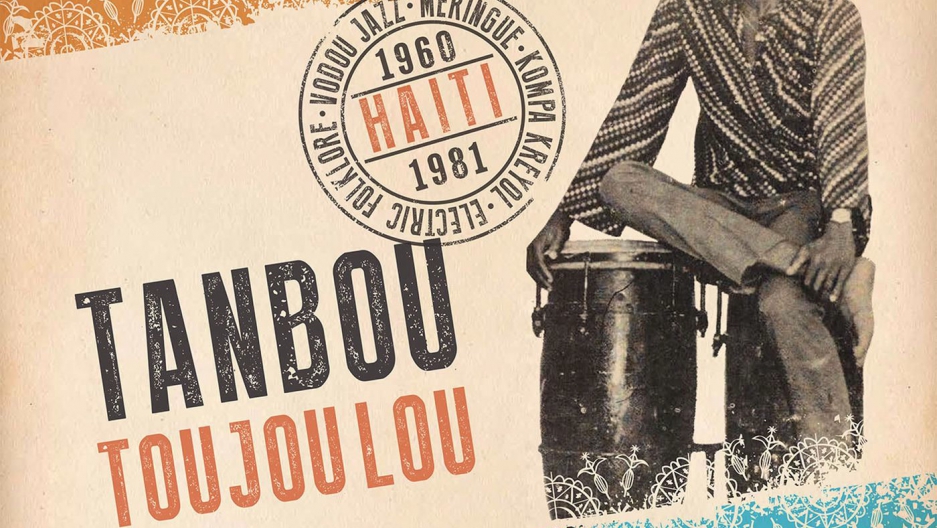 Tanbou Toujou Lou is the latest offering from Ostinato Records

How do you convey the sheer energy contained in Tanbou Toujou Lou, a 19-song compilation of Haitian meringue, vodou jazz and "electric folklore" from half a century ago?

A groove is one of the hardest things to capture in words. What adjective could do justice to a beat that demands you move your body?

What verb can fit the actions of musicians so perfectly capturing the sound of their cultural moment?

Hear for yourself the Afro-Caribbean rhythms that run through this album:

With such a groovy collection, it's easy to jump right into the music and start dancing.

But for the casual listener, it may be more difficult to imagine the colliding influences that spawned this array of sounds and rhythms.

Haiti has long been affected by the legacy of slavery in the United States and the Caribbean. From the moment European explorers stepped foot in the new world, Haiti operated on a slavery economy. And while it wasn't the only place like that, it's particularly notable because it was the site of a decade-long slave revolt, which lead to the island's independance and kickstarted indepence movements throughout French colonies.

In 1957, François Duvalier was elected president of Haiti. Duvalier turned dictatorial quickly. With his secret police, ruled the island with an iron fist. And yet, the nation's music flourished.

Tanbou Toujou Lou captures the bright side of Haiti, a musical tradition fed by the West African rhythms of former slaves, the cultural exports of the United States and surrounding Caribbean nations.

Today, six years after a massive earthquake killed 200,000 people on the island nation, media coverage of the country often remains focused on rebuilting and international aid. Left behind is Haiti's rich cultural contributions to the world through music and arts. With this release, Ostinato Records helps remind the casual listener of Haiti's important musical history.