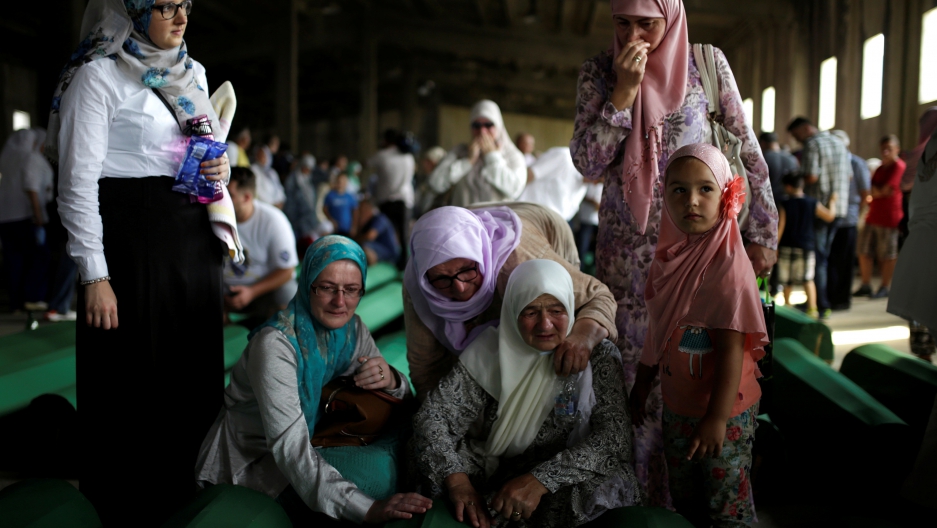 From one of the most gruesome sites in Yugoslavia's wars: Muslim women cry near coffins of their relatives, who are newly identified victims of the 1995 Srebrenica massacre. The remains are lined up for a joint burial in Potocari near Srebrenica, Bosnia and Herzegovina on July 9.

Born in Sarajevo but now a US citizen — not to mention the acclaimed author of books such as "The Lazarus Project" — Hemon has adopted a provocative stance about the 2016 presidential election. The Republican Party, Hemon argues, has become “a white nationalist party” that in some ways reminds him of the divisive politics of the former Yugoslavia.

Ethnic nationalism played a major role in the fracturing of the cosmopolitan country of Yugoslavia. “Because I had worked as a journalist, I had seen and had followed with my friends and colleagues the development of the nationalist project,” Hemon said in an interview

By the time he learned of the brutal war crimes committed during the war, Hemon viewed nationalism as a “disease.”

Nationalism may be on the rise in the US today — a prospect that makes Hemon nervous.

“It could well be that I'm oversensitive,” said Hemon, who was in Chicago when the Bosnian War began in 1992 and devastated Sarajevo, his beautiful hometown.

Still, he alleged that candidate Donald Trump has created a conflict between white and non-white Americans, in order to “mobilize enough white voters to win them a majority.”

As an immigrant whose home country was the site of terrible atrocities, Hemon sees American politics differently from many Americans. But he said that he considers it his duty as a writer to criticize nationalism in America, even if his comparisons are controversial. “As a writer,'' he said, "I cannot imagine not speaking.”

“There comes a point where one wonders about the previous generation — why did you let that happen?” Hemon said. “I expect from my children and from others to be asked, very soon — how did you let this happen? And I want to not let it happen.”