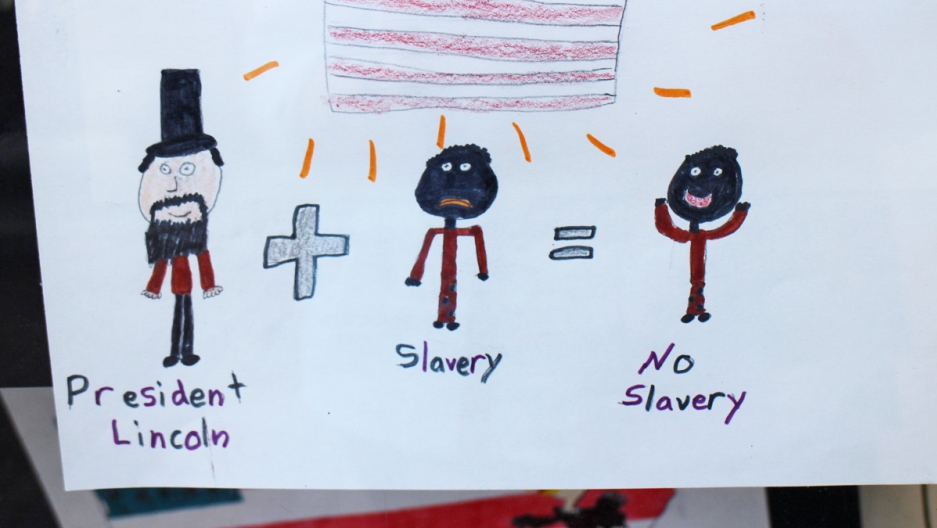 There's been a lot to take in at the Republican National Convention this week. And that's even if you ignore everything that happened inside the Quicken Loans Arena.

On Cleveland's streets, there have been dueling performances for and against Donald Trump and the Republican Party — like the "Trump Hut," or Hillary Clinton as Cersei Lannister.

Over-the-top is a good way to describe a lot of it.

But some of the most compelling art pieces we came across were simple hand-drawings that transcend party politics, presented on sheets of printer paper.

Young Ohio students were the artists behind a large window display in the building that held RNC attendees’ credentials. Their endearing, revealing drawings were entries in the Red, Write & Blue Challenge, put on by Cleveland State University, in which first through eighth graders across Northeast Ohio chose one of nine patriotism-related topics to write about or illustrate.

All this week, we’ve been asking people at the RNC what it means to be an American. I gotta say, some of the clearest answers came from these kids.

Here's a selection of their work.

"Freedom" has been the most common answer to my American question, but Darcy, a woke kid, also believes in equality. 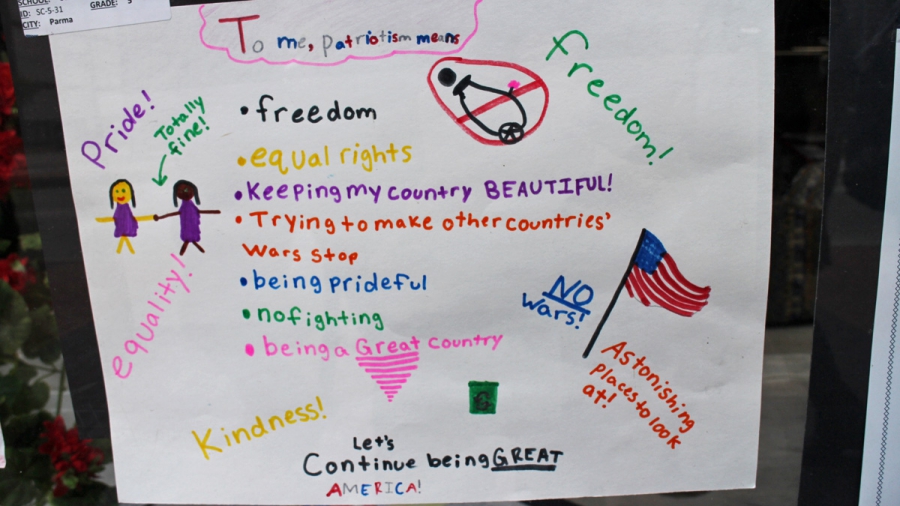 Unclear whether she was playing on the Republican presidential nominee’s slogan here: 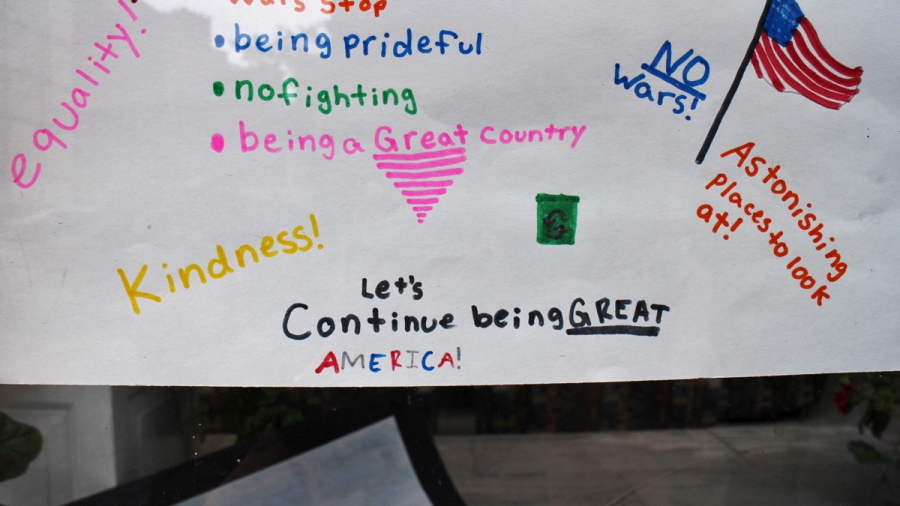 “Trying to make other countries’ wars stop.” Remember this, and the crossed-out cannon. Other students understood military involvement as freedom. 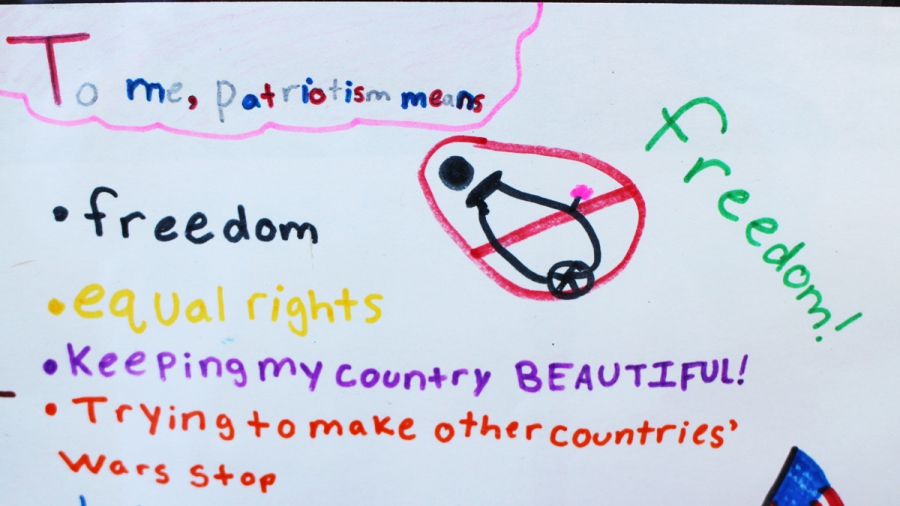 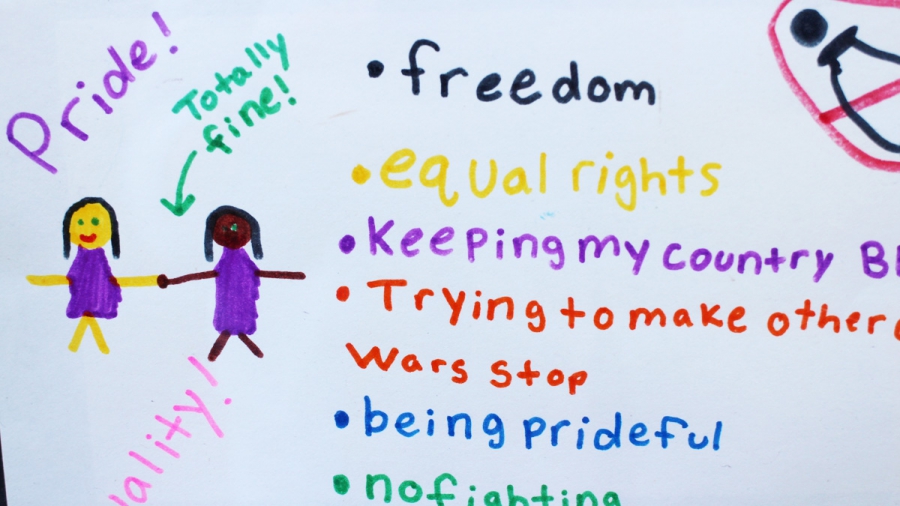 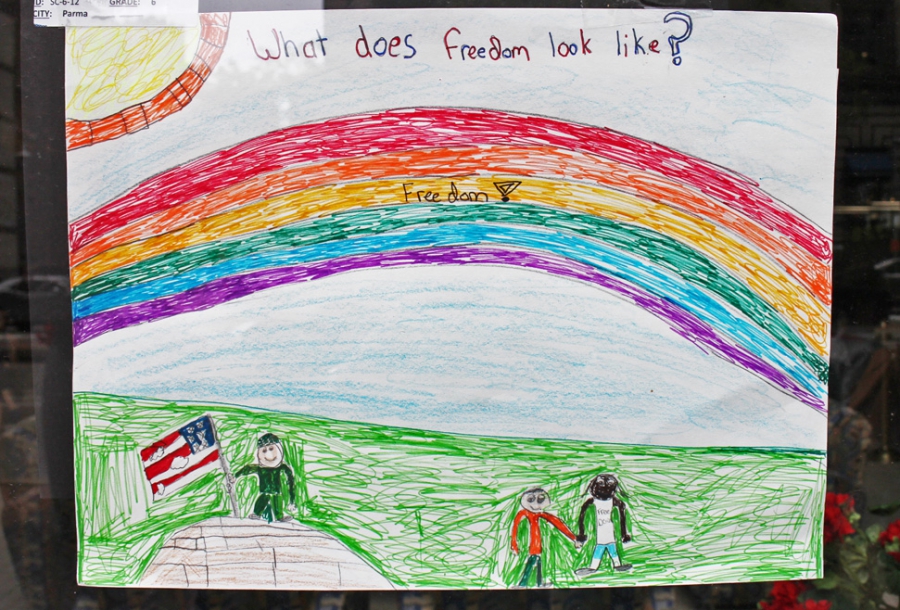 Freedom looks like a rainbow over a land liberated by American troops. (It’s a sweet sentiment.) What struck me most about this is the message that the United States helps others through military involvement.

It’s an easy conclusion to draw from elementary-level history lessons.

Note the sick battle scars on the flag here: 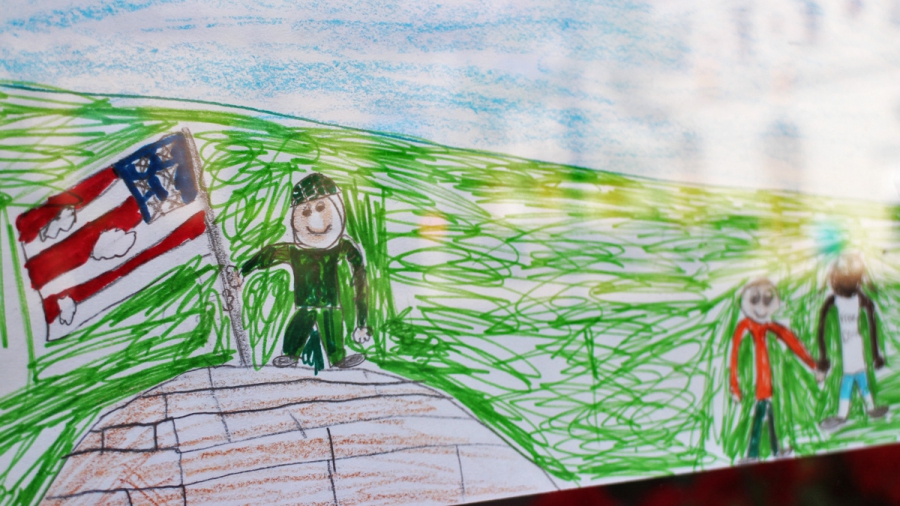 Racial harmony appeared in different forms in the students’ drawings, too. 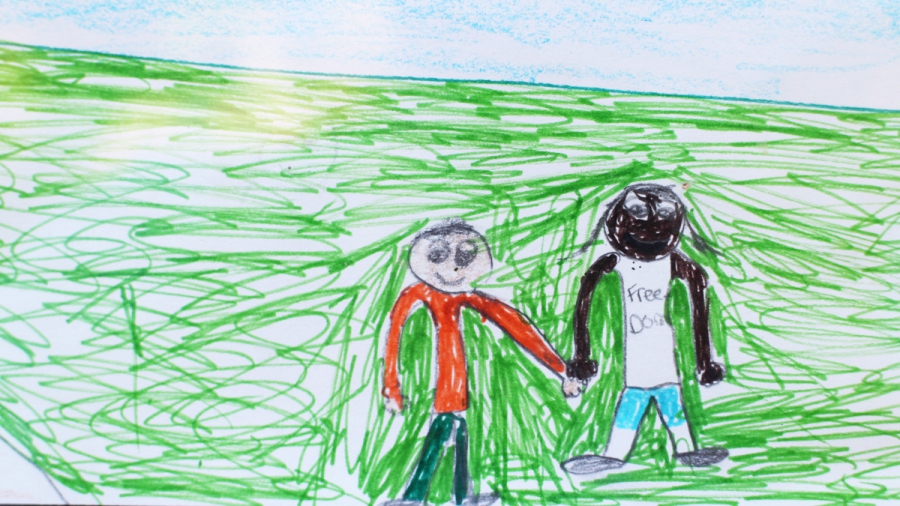 “All Americans Matter” was one of the themes students could choose to interpret.

Molly may or may not be aware of the controversy over #AllLivesMatter. Regardless, her piece interprets the positive aspects of the statement. 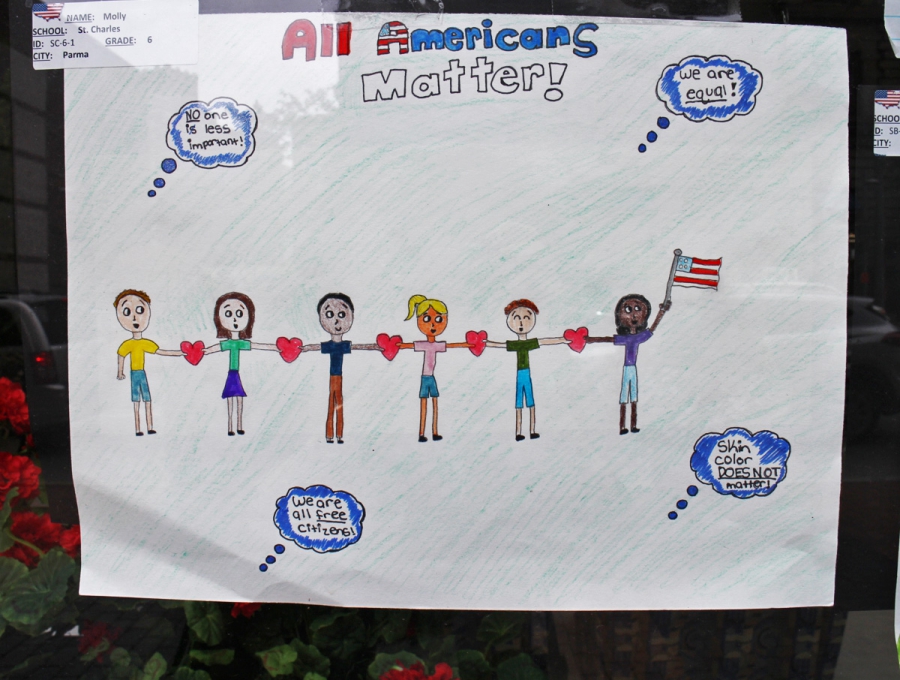 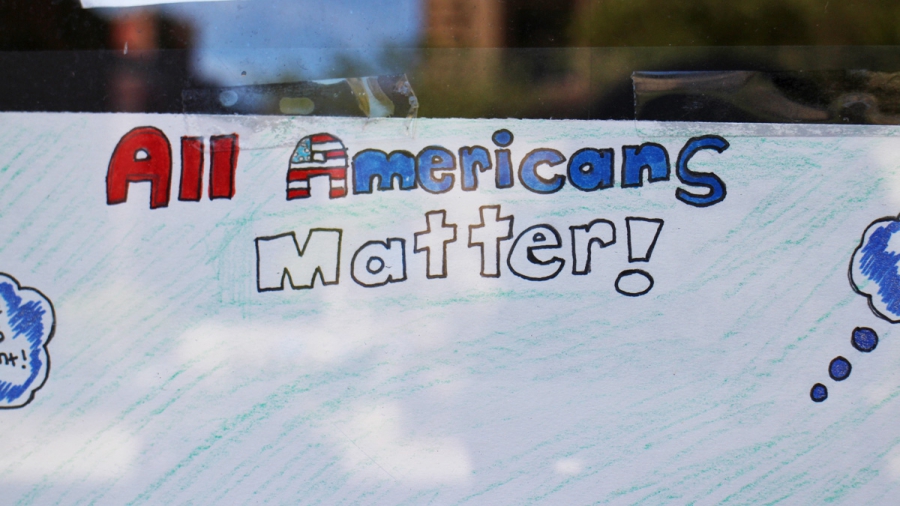 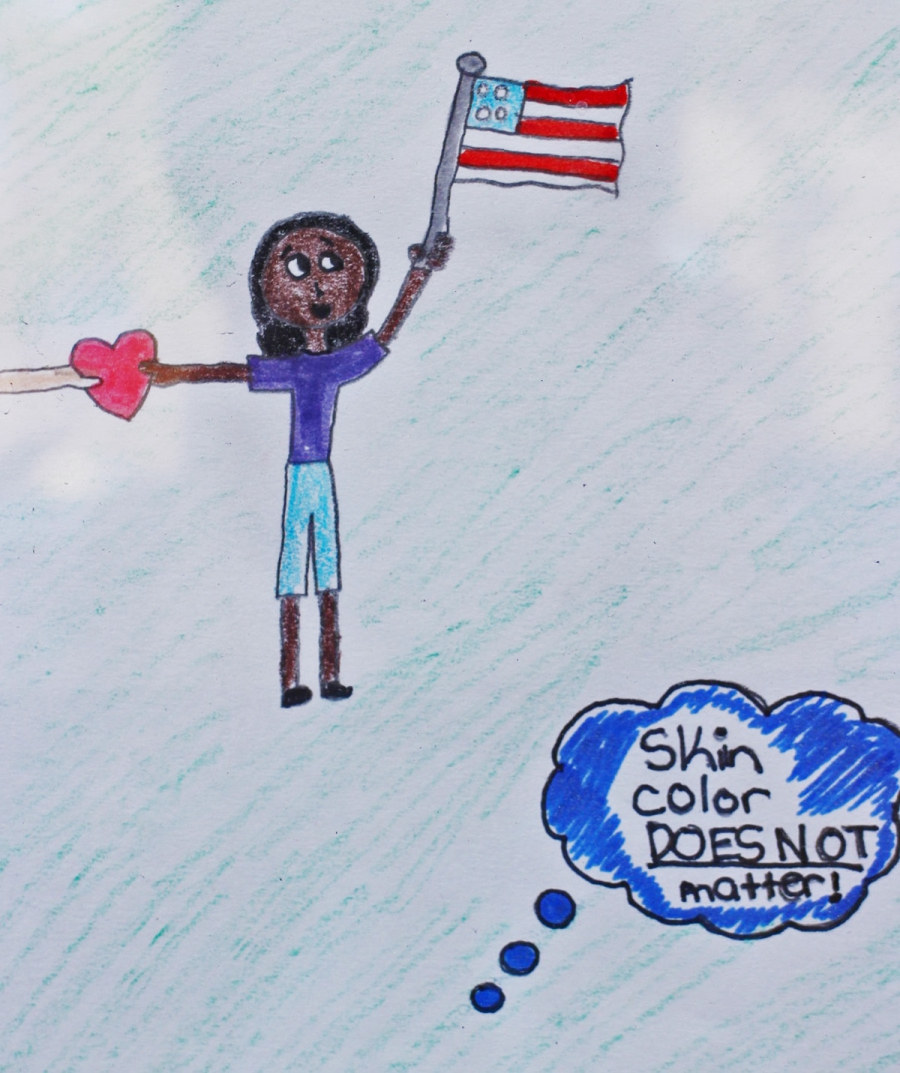 This one will catch your eye as you walk down the street. Kids are blunt.

President Abraham Lincoln was also one of the topics students had to choose from. 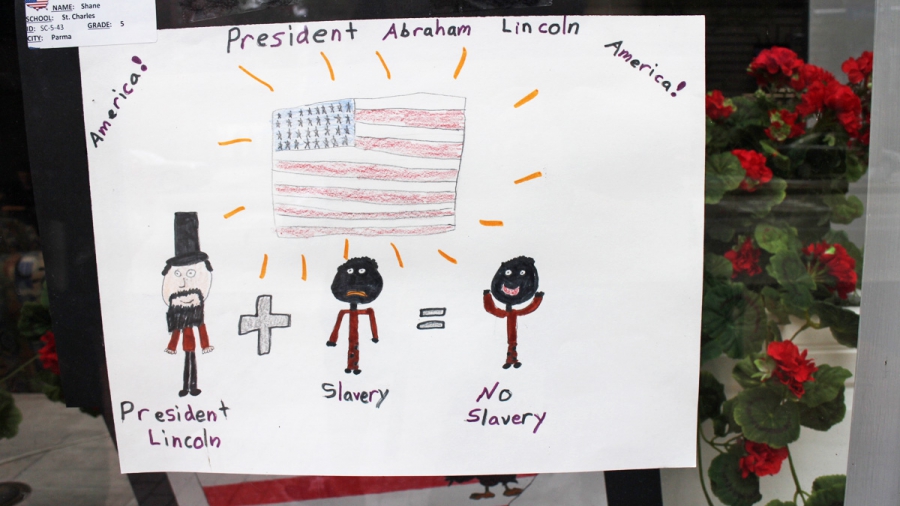 How a fifth grader understands emancipation: 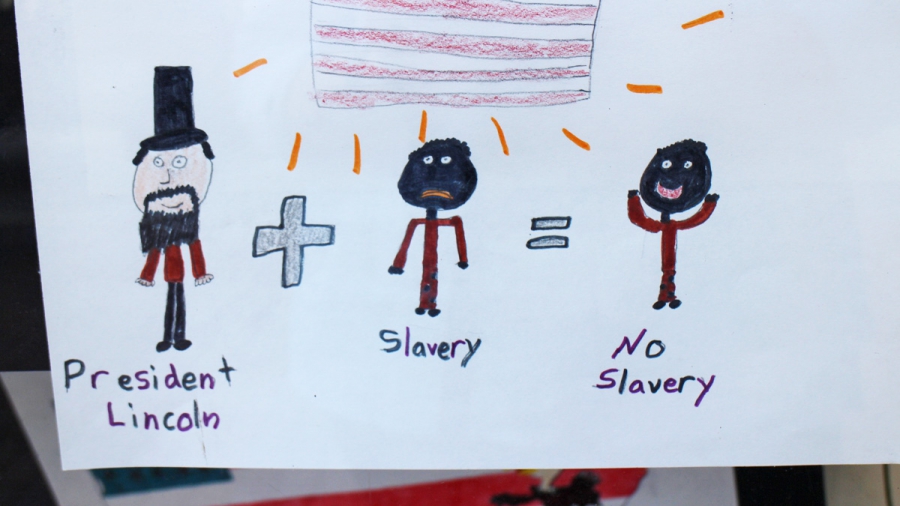 This is Tyler’s entry for the topic “I have a dream.” It makes me wonder whether terrorism is something he worries about day-to-day. 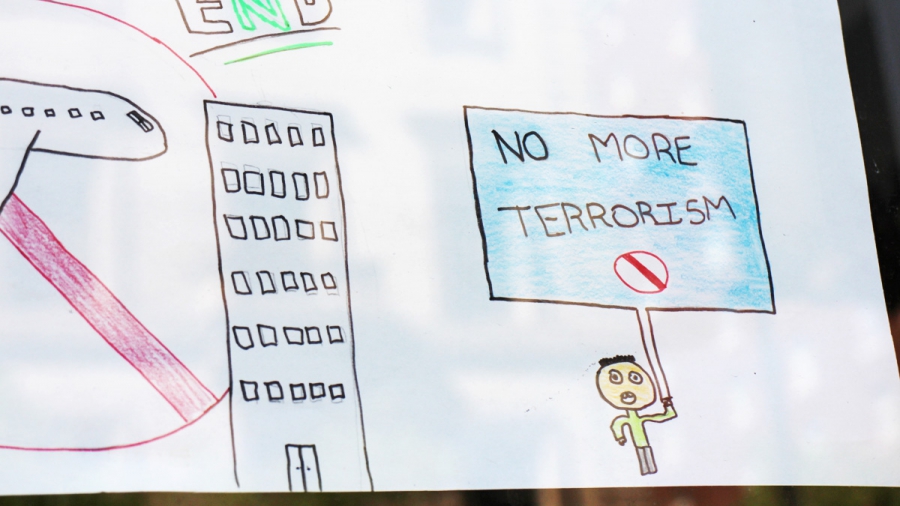 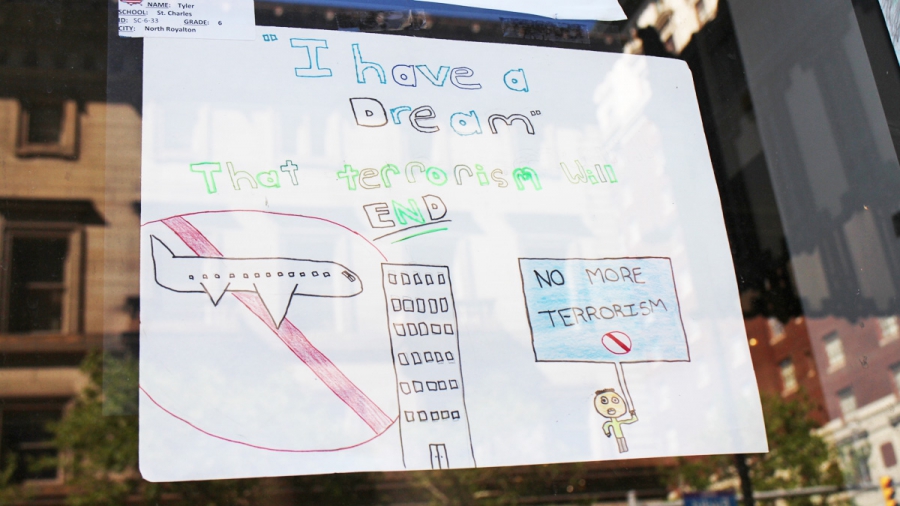 “'I have a dream’ that terrorism will end.”