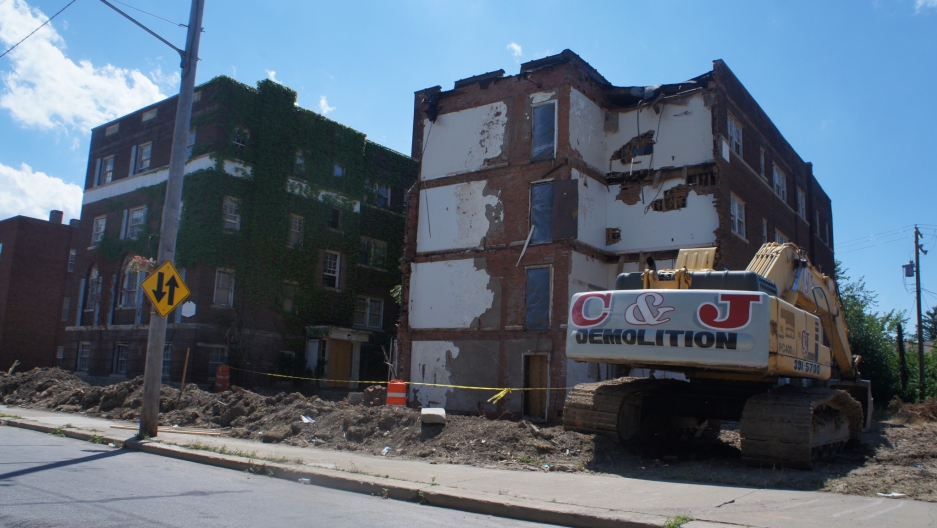 Between 1970 and 2013, Cleveland lost half of its residents. For some in the city, the answer to their troubles is in the next wave of immigrants.

Cleveland is the very buckle of the American rust belt. It's a city that’s been in economic decline for decades, so some Clevelanders are looking at a growth strategy: Attract more immigrants.

In the first half of the 20th century, Cleveland was celebrated as a self-confident and growing city, an industrial colossus of the midwest. At its height, it had a population approaching a million people and was the sixth largest city in the country.

But then came de-industrialization. Factories closed. Unemployment rose. And a sharp decline in the city’s good fortune and population followed. 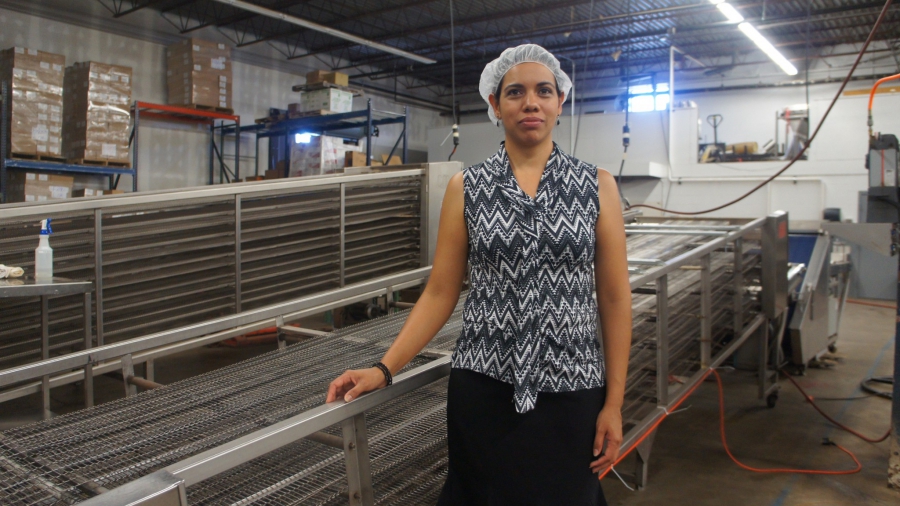 Leticia Ortiz is one immigrant who has nonetheless found success in Cleveland. She owns La Bamba, the city’s first and only tortilla manufacturing plant.

“I see more Latinos coming to Cleveland and they see that they can make their dreams come true in Cleveland,” she says.

Which is just fine by Joe Cimperman. He's the director of Global Cleveland, a nonprofit group started by businesses in the city to attract immigrants to settle here. The organization offers career and business resources, as well as cultural and educational opportunities to newcomers. In short, they want new people to come to Cleveland and to stay.

Cimperman believes that immigrants will bring investment, jobs and new ideas to Cleveland. And restore the city to its former glory. 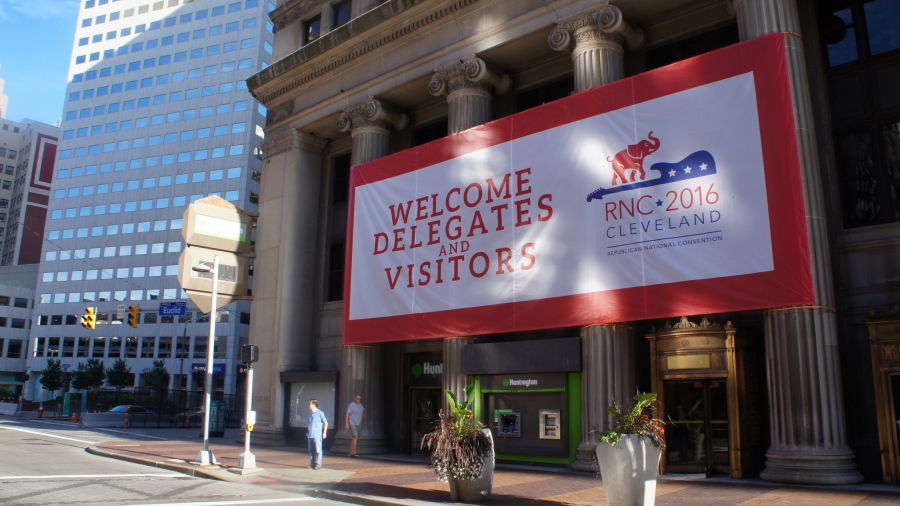 The Republican National Convention in Cleveland this year. Many speakers on the first night of the conference described the perils of immigration and hailed presumptive nominee Donald Trump's platform to build a wall between the US and Mexico.

That glory was created by past waves of migrants — Irish immigrants, Eastern European refugees and African Americans moving from the deep south looking for factory work. Immigrants from Latin America, Asia and the Middle East are more common these days.

"We don't thrive if we don't have the next group coming," he says. "While the passengers on the road have changed, the road is still the same."

Anne Trubek is the founder of the publication Belt, which covers life in America's rust belt cities. She says signs of hard times are everywhere, in the form of abandoned houses, factories and empty lots.

"The term I like to use for it is 'reverse schadenfreude,'" she says. "Schadenfreude is to take joy in the downfall of others. But Cleveland, to a certain extent takes joy in its own downfall."

And even as Cleveland works to attract a larger foreign-born population to help make life better, the Republican political convention it's hosting brims with anti-immigrant rhetoric.

For Cimperman, the convention is just one week in the life of the city.

“We are going to continue to disprove the theory that immigration is bad by being the city that thrives,” he says. “And after people leave we are going to double down on welcoming even more.”

For Ortiz, whatever the politics, the convention is a win: It's a chance for her to show off her tortilla-making business to people from all over the world.

A version of this story first appeared on KCRW.com.