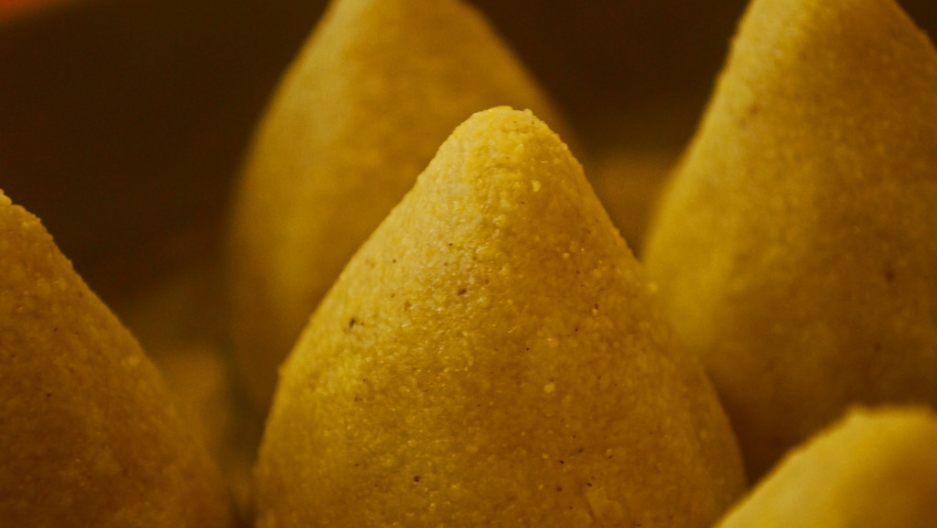 The thimbles called wowotou'er typically made in Tianjin, northern China.

How do you make your way into a tough mother-in-law's good graces?

That's a question that food writer Carolyn Phillips asked herself in 1978 when she was a new bride who'd just married into a Chinese family.

"I was a very young, white girl and my husband was bringing me back from Taiwan to meet his very traditional Chinese family in Los Angeles," she recalls. "It was hate at first sight as far as my mother-in-law was concerned."

The rest of the family wasn't too happy about the union either.

"They had been Chinese forever and here I was, a foreigner, working my way into their perfect little lives," Phillips says.

Then Phillips came up with an idea: What if she invited her mother-in-law over and made her some food? So she did.

Then came a suggestion from her husband: Make her some wowotou'er.

"You had to take dried chestnuts, soak them, grind them into a paste, form them into little thimbles and then steam them," Phillips explains. They were hard to make but Phillips was determined to give it a try.

Her mother-in-law showed up on the day of the meal and didn't seem happy to be there. "She looked around the room at our shabby surroundings — she was even angry at the way we were living," Phillips remembers.

It was time to eat. Out came the wowotou'er.

"She reached out with her chopsticks, took a bite, put it into her mouth. It was just a transformation," says Phillips.

Her mother-in-law smiled and began telling Phillips and her husband stories neither had heard before. Phillips' husband didn't even know when his mother's birthday was, but then listened as his mother told him and his new wife tales about growing up as the daughter of a warlord.

At the end of the evening, she got up to leave. Phillips reached out and gave her a hug.

"She stiffened in my arms but then she reached out and gave me the tiniest squeeze back. That was the beginning of my life as a Chinese daughter-in-law."

Note: You can read Carolyn Phillips' detailed essay about making wowotou'er for her mother-in-law here. Phillips also has the recipe for wowotou'er up on her blog, Madame Huang’s Kitchen.