The relationship between foreign correspondent and fixer is critical in the field of reporting. One can’t work without the other. The partnership between New York Times reporter Sydney Schanberg, who died last week, and Cambodian journalist Dith Pran was no exception.

Dedicated to reporting the atrocities of a war-torn Cambodia, the pair's coverage of the Khmer Rouge regime had a worldwide impact, amplified after the release of a 1984 movie, "The Killing Fields," about Schanberg and Pran and a nation's descent into genocide.

"I think ‘The Killing Fields’ itself, the movie, has made the term, the killing fields, part of our national and international consciousness, and I think this is largely due to Sydney and Dith Pran's work," says Sam Waterston, the actor who was nominated for an Oscar for his portrayal of Schanberg.

"Whenever genocide and human rights atrocities are talked about in the world, Cambodia will be part of that conversation,” Waterston says. “I don't think it's going to go away."

Waterston, more recently known for his turns on "Law and Order" and Aaron Sorkin's "The Newsroom," got to know Schanberg after he was cast to play the Times reporter in the film, which was based on Schanberg's 1980 article, “The Death and Life of Dith Pran.” 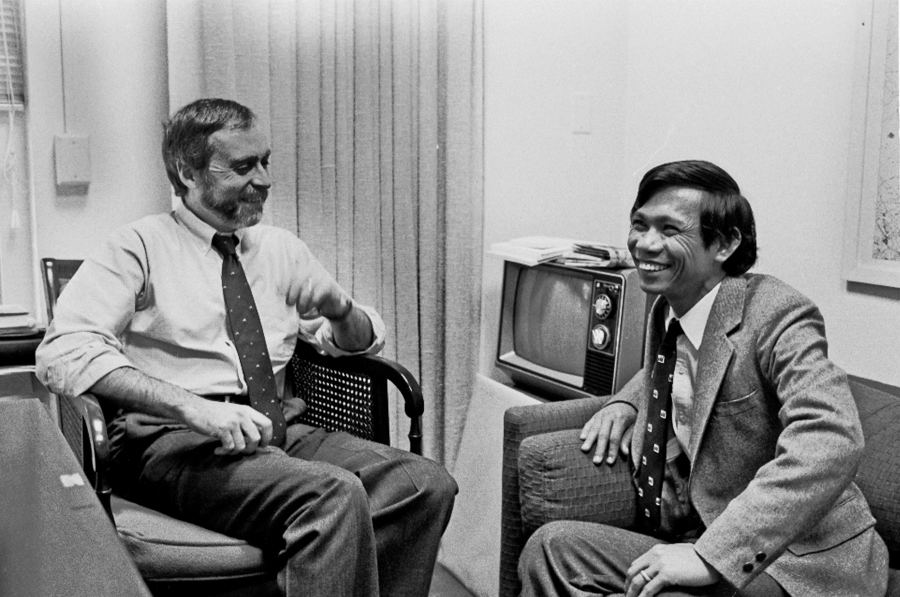 Sydney Schanberg (L) talking with his Cambodian friend and photographer Dith Pran in The New York Times office in New York on January 15, 1980. Schanberg, the Pulitzer Prize-winning correspondent who chronicled the Khmer Rouge's brutal rise to power in Cambodia in the 1970s, died July 9, 2016, at age 82. His story of Pran's captivity under and survival of the Khmer Rouge reign of terror inspired the 1984 film 'The Killing Fields' by director Roland Joffe.

Waterston, researching his part, remembers getting journalistic tips from Schanberg.

Although Waterston admits Schanberg’s tips weren’t actually used in the act of pretend reporting for the film, parts of the journalist’s character still resonate with him today.

"I think Sydney was a journalist because he had a keen sense of fairness and I think the crankiness that characterized him was about these things that mattered hugely to him: getting the story straight, being honest, being truthful and having a passion coming from a place in your heart, not your head," he said.

Waterston also had the chance to meet his colleague, Pran, who expressed a similar sentiment.

"Almost right after we said hello, he jammed his fist into my chest really very hard. He gave me a really intense look and said something along the lines of: 'You must know about Sydney. He is very strong here!' — in his heart,” Waterston says. “I figure that Pran must have known because they lived through something unimaginably intense and that was what Pran carried away." 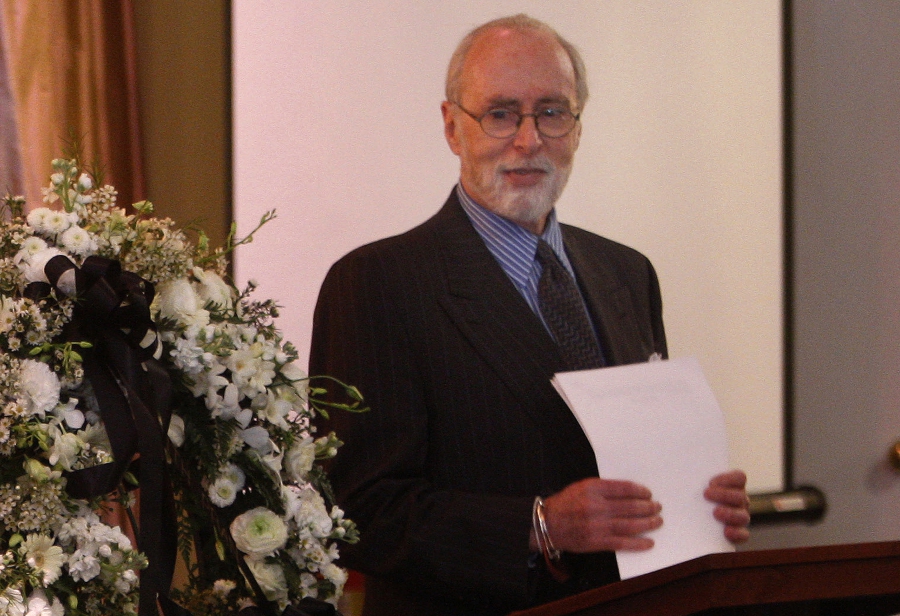