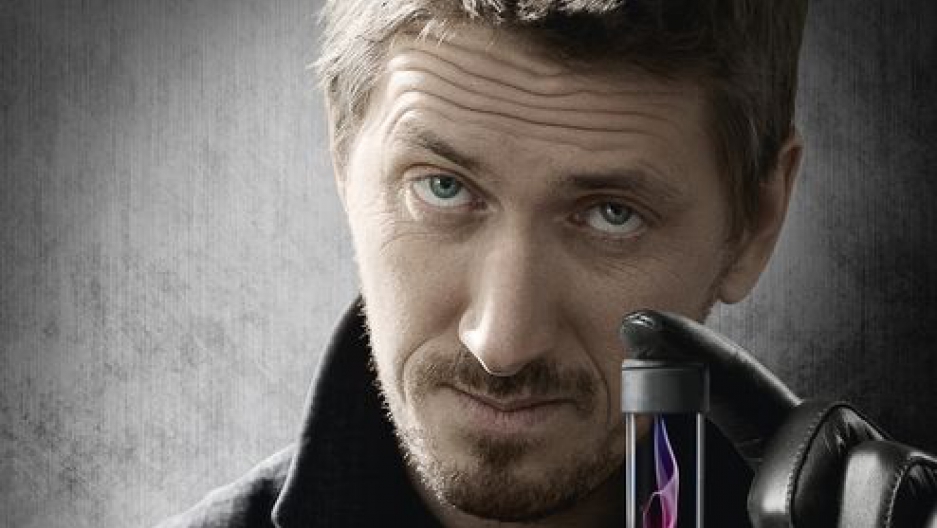 A war? Not when it comes to TV. "The Sniffer," one of the most popular detective shows in Russia today, is made by a Ukrainian production company.

When it comes to sanctions, Russia is known for its tit-for-tat approach.

After the conflict with Ukraine began in 2014 with Russia annexing Crimea, and the US and EU banned the import of Russian military and energy-related technology, Russia burned American cheese.

But a weird thing happened when Ukraine banned all TV content created in Russia after 2014. Russia didn’t impose the same ban on Ukraine. Instead, they started buying Ukrainian TV shows like crazy.

“When all of this happened, there was such a big kick in the butt,” says Iryna Kostyuk, a producer at the Ukrainian media company, FILM.UA. “Volume-wise, everything is growing. Even the smallest production company is now filled with orders.”

Kostyuk’s production company is behind Russia’s favorite detective series, “The Sniffer,” about a cop who dissects crimes using his … olfactory superpowers.

Traditionally, the Russian and Ukrainian TV industries have been intertwined, in large part because most prime-time shows are still shot in Russian, not Ukrainian — even those shot in Ukraine.

“Russia and Ukraine had been even closer than the US and Canada, especially in terms of television. There was production on both sides and actors went back and forth and all the creative and technical people so it was really more or less one market,” says James Kramer, a former vice president of Sony Pictures Russia.

But the Ukrainian TV industry was still heavily dependent on Russia, Kramer says. “That caused an interesting problem, because probably 80 to 85 percent of the programs that were on Ukrainian prime-time television were Russian produced.”

So when the Ukrainian government decided to ban new Russian shows in 2014, Russia lost a huge buyer.

“They’ve lost maybe 50 percent of their profit with the Ukrainian government saying they’re not going to help Russia by buying its TV shows,” Kramer says. “So that has changed the market tremendously in Russia, as has the devaluation of the ruble. And that's why production has been frozen for the better part of two years.”

It also meant there was a huge void of new TV content now, on both sides: Russia, because it couldn’t afford to produce new shows; Ukraine, because it had mostly just been buying Russia’s shows. One of the creators who stepped into that void was Kramer, who now runs his own production company in Los Angeles. He and a Russian writer are developing new shows for Ukrainian television. They’ve already sold a couple for the Ukraine market.

What he didn’t anticipate was that Russia would start buying his shows from Ukraine.

“Suddenly they have a need for new material as well, so they're now buying Russian-language productions from Ukraine to air in Russia and that's what's happening with our first series, “Plohoy Khoroshi Ment,” which means “Bad Cop, Good Cop.”

It’s a reversal of fortune that no one had anticipated. But FILM.UA’s Kostyuk points out, even though there’s a lot more demand, there’s a lot less money available for the average production — half as much.

And there’s another issue.

That includes bans on displaying any kind of Russian or Soviet military insignia. Also banned: a long list of Russian actors, writers and directors who have spoken out — ever — against Ukraine.

“So you have a list of about 170 people, and if one person appeared in like one episode of a whole series, walking in the background somewhere, this whole series is banned,” Kostyuk says.

To give you a sense of how extreme this ban is, during the 30th anniversary of the Chernobyl disaster, neither of the two films about Chernobyl produced in Ukraine was allowed to air, just because they included certain Russian actors.

Another reason TV production in Ukraine has gone into hyperdrive is because old programs keep getting pulled off the air due to the blacklist. But new shows — like "Bad Cop, Good Cop" — have to be careful not to run afoul of the rules.

“Because it will be shown in both Ukraine and Russia, and it's a cop show, they've created neutral uniforms so the uniforms are neither Russian, nor Ukraine — and the money is all dollars, so it's not hryvnia, it's not rubles,” Kramer says.

They also weren’t able to cast many of the actors they wanted, he adds.

“Probably four of the five top names of people that we said would be great for this role, were, ‘Oh, they spoke out too much. You know, anti-Ukraine.’ And then the top Ukrainian guy we wanted, ‘Oh, he spoke out too much, anti-Russia.’”

See, Russia has its own entertainment industry blacklist. So I asked Kostyuk what happens if Russia changes its mind and decides to bar new Ukrainian shows, too?

“We are sitting on the edge of our seats because anytime they have the right,” she says. “Ethically, why not?”

But even if Russia imposes its own ban, the divorce has still provided Ukraine’s TV industry with an important jolt toward independence.

“In a way it is good,” she says. “We should have been thinking about it way before, and we shouldn't be so connected to the Russian market.”