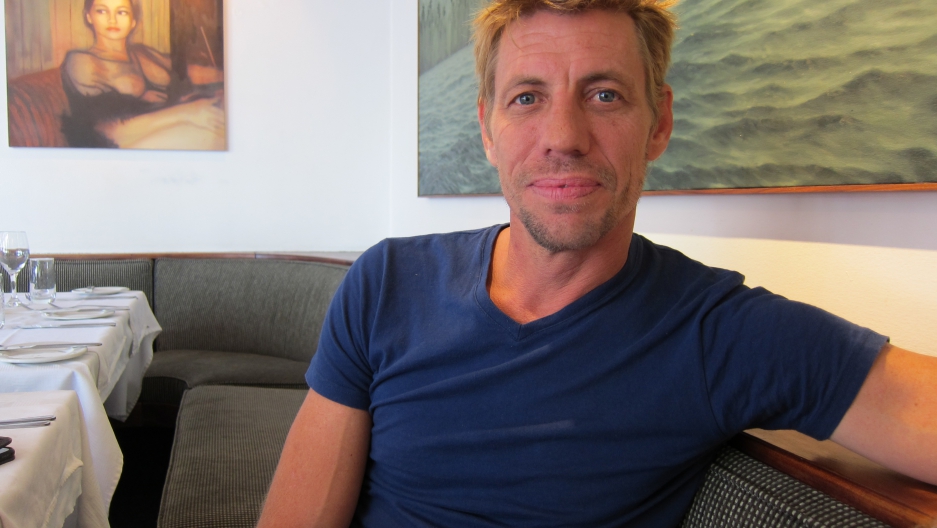 Patrick Walton is South African actor and producer based in Cape Town who has portrayed American, British, German and Polish characters onscreen.

For years now, Hollywood hasn't been the first choice for filmmakers seeking an affordable place to shoot movies and TV productions. Stepping in in its place are countries and cities like Vancouver, Portugal, New Zealand and, more recently, Cape Town, South Africa.

But the shows and movies shooting in Cape Town, with its favorable currency exchange rate and generous production incentives, aren’t necessarily set there — or anywhere in Africa for that matter. That presents some unusual challenges for local actors.

“One of the first roles I had to play was Bosnian,” says Patrick Walton, a Cape Town-based actor, stuntman and producer. International productions cast local actors in smaller roles, but rarely as South Africans, says Walton, who has also portrayed American, British, German and Polish characters onscreen.

Walton has seen productions come to Cape Town from the US, the UK, Europe, India and even Finland. The series “Homeland” shot its fourth season in South Africa, using Cape Town for Islamabad. The city’s beaches have also stood in for Malibu. Walton says it’s not hard to recreate US locations: Change the signage, swap in some left-hand-drive cars, and you’re pretty much there.

The bigger challenge for producers is populating these fake Americas with fake Americans.

"Before you come out of drama school, you’ve got to be able to do a really good American accent and a really good British accent," says Emma Ress, a talent agent who represents actors in Cape Town. That means that Cape Town actors seek out people like Robyn Scott, an actor and voice coach, and tune into shows like US soap opera “The Bold and the Beautiful,” which airs in South Africa.

"Every actor in that soap opera is doing the correct accent," says Scott. "And because it’s a soap opera, everything is slow. They speak quite slowly."

Ress says if the production boom in South Africa continues, she would like to see local actors being offered more than just bit parts. The pirate adventure series "Black Sails," shot in Cape Town for the US cable network Starz, has one or two South African co-stars, but most local actors play cannon fodder. That's unfortunate, says Ress.

"It just seems a pity that they’re not being afforded the opportunity to audition for the supporting leads at least."

Accent coach Scott is confident that as more South Africans master the nuanced dialect of "The Bold and the Beautiful," they will land bigger and more diverse roles in US and other foreign productions. Scott notes that she and some of her students were recently cast in a Warner Bros. straight-to-DVD project, a modern-day Cinderella film shot in Cape Town.