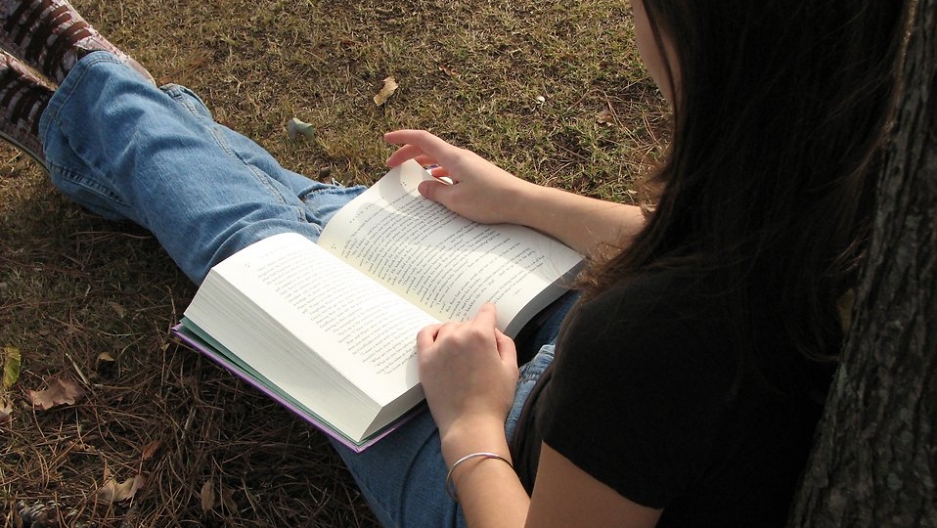 If you’re looking for good science fiction books to bring with you on a trip or to the beach or on a visit to relatives you’d rather not speak to, Science Friday’s Ira Flatow is here to help.

Ira checked in with a couple of SciFi experts to find out what’s on their list for good summer reading.

Ann VanderMeer, a science fiction editor and anthologist based in Tallahassee, Florida, starts with these:

“The perfect book for someone who says they don’t like science fiction. ... I especially love this book because it gets into the lives of scientists and what it's like to work in a lab. The story is told from the point of view of Rebecca, who's the wife of the scientist, Philip. Her insights into her husband's work and colleagues are very revealing. ... Philip is working on his dream project, which is the Causality Violation Machine. He refuses to call it a time travel machine but that's pretty much what it is.”

Core of the Sun, by Johanna Sinisalo

“I absolutely love this book. In some ways it reminds me of her critically acclaimed novel, Troll. She’s presenting an alternate version of present-day Finland by using experimental storytelling. She uses letters, dictionary entries, short fiction from popular magazines in this world, essay tests, government decrees — and then she also uses the straight ahead narrative, which deals with genetic engineering to make perfect breeding machines of the women.”

Stories of Your Life and Others, by Ted Chang

“Most of Chang’s stories are the length of a novella or novelette, which I believe is actually the perfect length to tell a science fiction story. I also love his work because many of the scientists in his stories are women, and it's just matter of fact; it's not remarked upon, it just is, and that's what makes it even better.”

Annalee Newitz, the tech culture editor at Ars Technica and founding editor of io9.com, suggests these:

The Fifth Season, by NK Jemisin

“The main supercontinent on this planet is breaking in two, so Jemison's entire plot revolves around understanding plate tectonics and vulcanism. She’s made it incredibly fascinating and brought in really excellent characters to create a world with a ruling urban class that has been staving off mass extinction from these incredible volcanoes by essentially enslaving a mysterious group of people who seem to be able to control geophysics with their minds. It forces you to ask a lot of questions about the cool science stuff, which is great and incredibly accurate. The characters are incredibly memorable and their struggles feel very real. It’s a book that's really going to stick with you.”

“This book combines ‘dystopia and space opera.’ It is military science fiction, but it's incredibly philosophical at the same time…It’s set in the far future when a large volume of space is ruled by a group called the Hexarchy and they control their people through controlling the calendar. This is a really interesting metaphor for how ideology works, because it allows you to think about how time itself can be distorted by belief systems.”

Some other books these writers recommend:

For a list of other science fiction books suggested by Ira Flatow and Science Friday listeners, check out SciFri's web site.