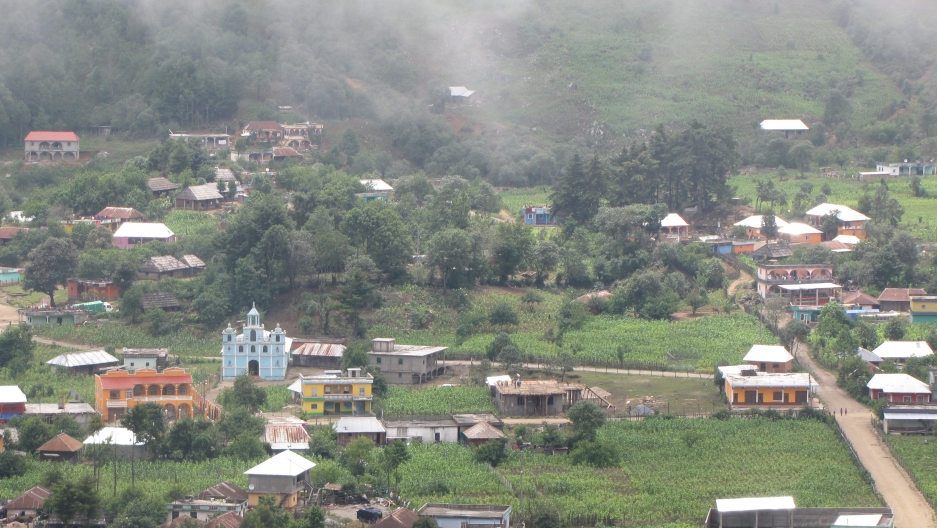 It’s been 20 years since the official end of Guatemala’s civil war.

The 36-year conflict is generally seen as a military versus guerrilla struggle for power and land, and also a front in the Cold War. But many of the estimated 200,000 people killed were civilians, and massacres of mostly indigenous people led to widespread charges of genocide.

Miguel de León Ceto was born in Nebaj, a town in the hard-hit Maya Ixil highlands, but his family fled to Mexico when he was a baby. When he finally came back, he was a teenager, and there was something that particularly puzzled him.

“When I returned to Guatemala, and specifically Nebaj, one thing that surprised me a lot was how many evangelical churches there were,” he tells me. “There were so many. For me it was something strange, something new.”

It set Guatemala apart from Mexico, but de León Ceto also knew it was a departure from the past. In the early ‘70s, evangelicalism was unheard of in much of Guatemala. After an earthquake in 1976, missionaries came down to help out, but no one imagined that what they introduced would grow so feverishly in the ‘80s and ‘90s.

De León Ceto became fascinated with the role of religion in his homeland. He wrote a master’s thesis on the topic. Now he’s writing his dissertation on it. He says the war had a lot to do with the rise of evangelicalism. For one, the government created a vacuum when it targeted the Catholic Church because it was seen as siding with insurgents.

In 1982, Guatemala's first evangelical president came into power. Efraín Ríos Montt led a military coup. His short tenure was one of the bloodiest periods of the war, and today he’s fighting genocide charges in court.

The Reagan Administration backed Ríos Montt as he implemented his so-called beans and guns policy — feeding and arming supposed sympathizers to help him fight the rebels. The feeding part was carried out in part by American missionaries, who operated as Ríos Montt’s representatives in the countryside.

Steve Elliott knows this history because he’s the son of two of those missionaries. Elliott still lives in Guatemala but with a clear distance from his parents’ political entanglements, which he lays out in stark terms.

“It’s just that awkward relationship of power and evangelical zeal and anti-communism,” he says, sitting at a computer at home in Antigua, where he’s working on a Maya Ixil dictionary.

Elliott is from Nebaj too, because his parents, Raymond and Helen, were there to translate the Bible into Maya Ixil. They were also personal friends of President Ríos Montt. Steve says his father protested military abuses committed under Ríos Montt’s watch, but both parents continued to support him anyway, because he was evangelical.

“They were too close to be unaware of how involved [Ríos Montt] was,” Elliott says, “and yet they were working so hard to just see the positive side, and if you really think the communists are taking over, and you have to stand up to them, it flavors your perspective, and even though a lot of people [my parents] knew were being killed, it was, ‘Oh, collateral damage.’”

Elliott’s parents were closer to Ríos Montt than most missionaries, but Elliott says their attitude wasn’t unique. “It was actually characteristic of most evangelicals here,” he says. “They to this day remain pro Ríos Montt — just because he was evangelical.” 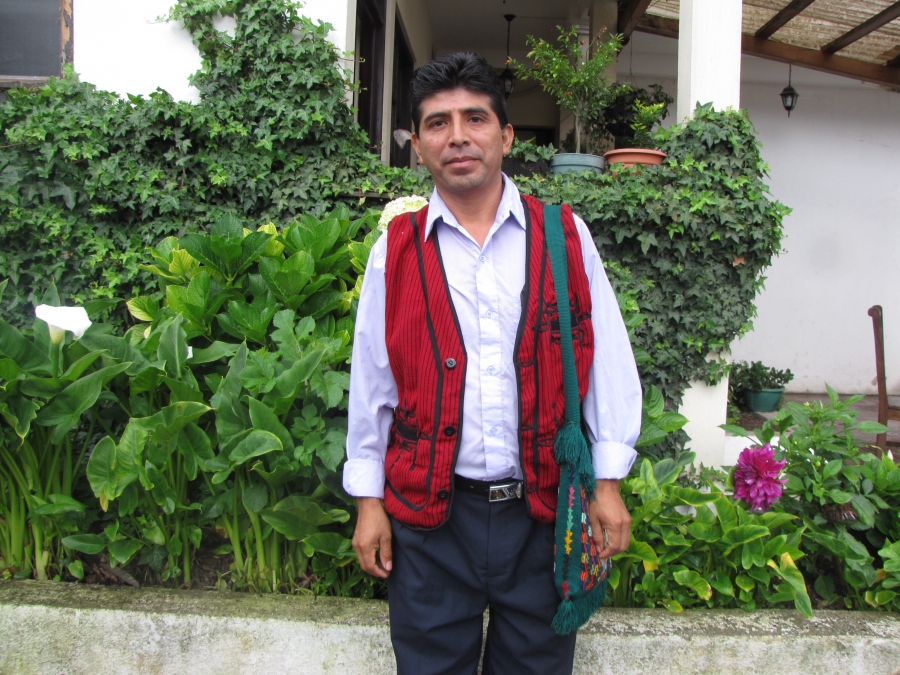 For ten years, Antonio Caba Caba headed the Association for Justice and Reconciliation, which helped victims bring ex-president Efrain Rio Montt to trial for crimes against humanity. Rios Montt was convicted in 2013 but is now awaiting a delayed retrial. Caba Caba became evangelical after witnessing atrocities and suffering displacement during the war.

But for many, there was nothing godly about Ríos Montt.

Not to Antonio Caba Caba. He was just 11 when the war reached him in Ilom, a nearby village. After 95 people were massacred, he was among the children the military brought to see the bodies — a warning not to collaborate with guerrillas. He says the images never left him, and there’s no question in his mind it was part of an effort by Ríos Montt and others to destroy his people. That's why he has worked for years to gather evidence and support the testifying victims in the ongoing genocide trial against Ríos Montt.

And it's why he’s no fan of the elder Elliotts’ position.

“I think they are missionaries who were working with Ríos Montt,” he says. “I think they were totally wrong. God is against all that Rios Montt did.”

But Caba Caba is evangelical too. In fact, his was the first evangelical family in Ilom, a village that now has 13 evangelical churches, up from zero in the ‘70s. I ask Caba Caba who brought evangelicalism to Ilom, and I’m stunned by his response.

First “my father was converted to evangelicalism, to the Methodist church,” he says. “Then came Steve and Elaine, back when they were young. And I think they planted the seed of evangelicalism in Ilom.”

In the ‘70s, Steve and Elaine moved to Ilom for a few months. They loved the community and thought about moving there, until the violence mounted.

But when I ask Elaine about what Caba Caba said, she seems amused.

“I can’t really credit us with anything except for trying to learn from the community,” she says. 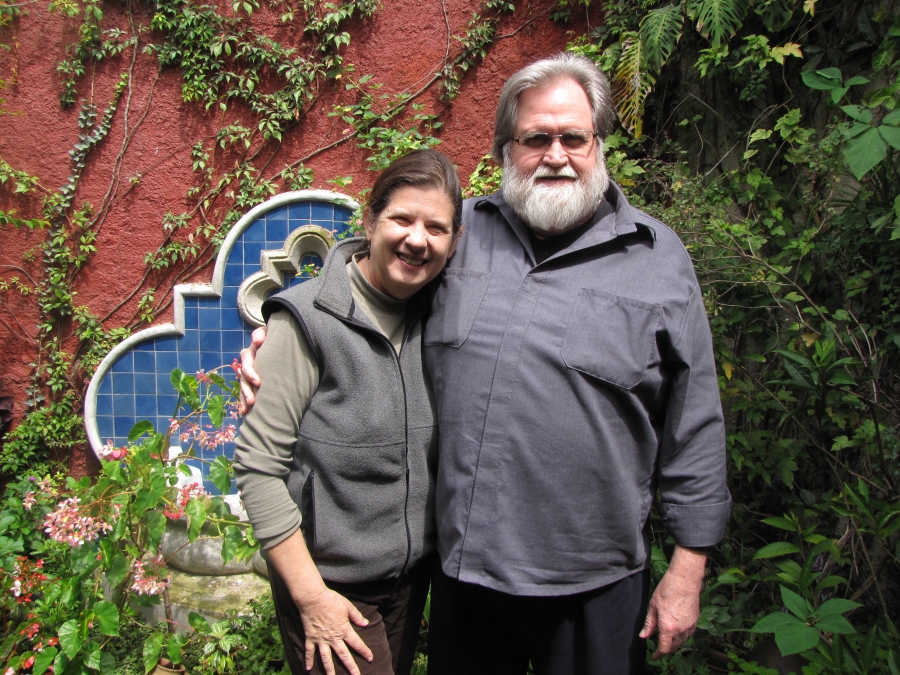 Steve and Elaine Elliott in their home in Antigua, Guatemala. Steve's parents were Bible translators during the war.

The Elliotts did spend time with Caba Caba’s grandparents — Elaine learned to make tortillas and weave, and Steve worked in the fields. But I ask if maybe there’s something else.

“That’s true,” Elaine says. “We did establish the Ixil Fund, our nonprofit through which we channeled money to this committee to do things for the benefit of the community.” It included health projects and bilingual education, but also some evangelism.

Yet Steve is adamant that they were never missionaries. On the contrary, he later writes in an email, “we were not teachers but learners; not benefactors but beneficiaries; not missionaries but respectful absorbers.”

So after a bit of outside introduction, did evangelicalism grow from the grassroots and, from within, spread like wildfire?

Steve believes most of the growth happened when things calmed down, and it’s easy to imagine there was the lure of protection and support, and something more psychological. Even to Miguel de León Ceto, who sees the rise of evangelicalism as an insult to Mayan traditions and spirituality, the Protestant church has played an important role in post-war Guatemala.

“In a country that lived through a war that I think was the worst in Latin America in the last century,” he says, “there’s no emotional rehabilitation or care program. So much of the trauma, much of the pain is expressed in the evangelical church, because it’s the only place where you can cry and yell. There’s no other space.”

To Caba Caba, evangelicalism is also a way to make some sense of what happened, if you go about it right.

“In the Old Testament,” he says, “who was persecuting the people of Israel? Egypt, the Pharaoh. And who was the other enemy? The Philistines. They were trying to eliminate the population. And that’s exactly what we lived. Our Philistine is Ríos Montt. And if one doesn’t understand the Bible, it’s best not to talk about it, right?”

For Caba Caba, his faith and his church have helped him in the fight for a final conviction of the very man some saw as evangelical in chief.