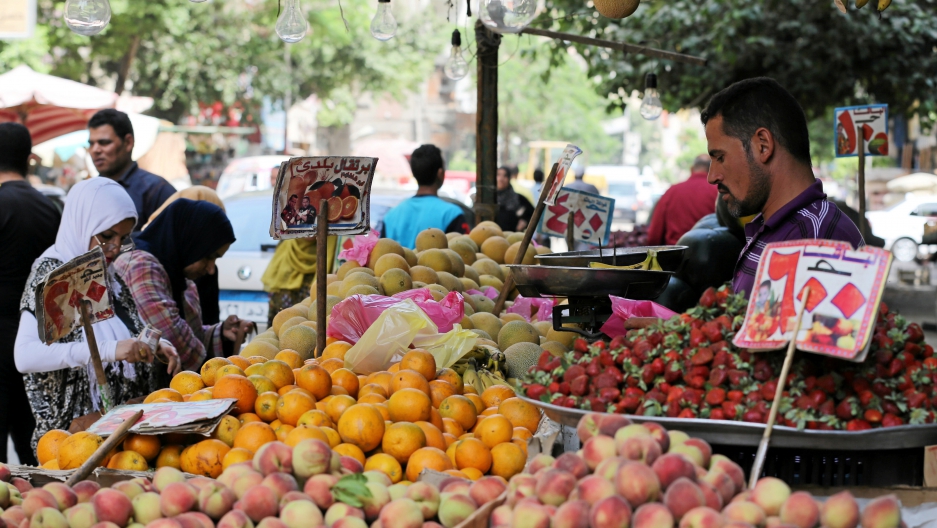 An Egyptian women shops at a vegetable market in Cairo, Egypt.

Zora O'Neill jokes that the title of her book should be "Learn Arabic in 25 Years." She studied classical Arabic in the 1990s and earned her master's in Arabic literature. But it would be two decades later, on a trip across North Africa and the Arabian Peninsula, that she finally felt natural speaking it.

"I wanted to cover all the different dialects, because I wanted to talk about how different and multi-faceted the Arab world is," O'Neill says. "And talking about that through language is the best introduction, because each place has its own little linguistic nuances and cultural differences, different food, different political considerations." 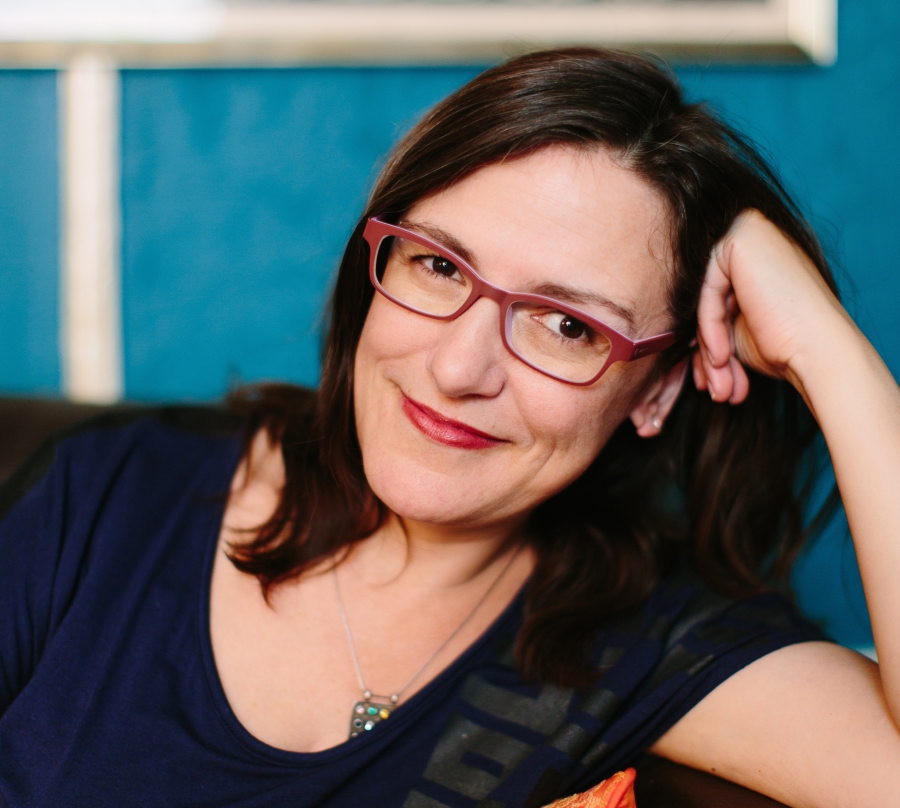 O'Neill travelled throughout Egypt, Lebanon, the United Arab Emirates and Morocco. It was 2011, following the Arab Spring, when much of the popular fervor for democracy had subsided — or been subdued.

Zora O'Neill calls her trip a "linguistic Grand Tour" through four countries that represent the main dialects of the Arabic-speaking world. In each country, she took language classes to give some structure to her days. But what she really wanted to do was speak Arabic with the people she met along the way.

Near the end of her journey, in the Moroccan capital, Rabat, she struck up a friendship while riding on a streetcar. Of the many people O'Neill met on her journey through the Arab world, her encounter with the young woman, Houria, stands out for its free-wheeling conversation and candor.

"That was the ultimate test, in a way, for this book. I felt like I had done something, and I had forged this connection with somebody in a foreign language. And I got her jokes, and we shared secrets. And that's what I had been studying the language for all along, and it happened."

Excerpted from All Strangers Are Kin: Adventures in Arabic and the Arab World, copyright © 2016 by Zora O’Neill. Reprinted by permission of Houghton Mifflin Harcourt Publishing Company. All rights reserved.

Zora O'Neill had left her Arabic studies behind when the September 11 attacks happened in 2001. And she was not part of the academic scene when the Defense Department and the State Department began actively recruiting Arabic speakers. She now has mixed feelings about what has become a booming US interest in Arabic studies.

"This is a really thorny issue," she says, "because so much money has been thrown into developing the field."

"When I studied in the 1990s, the federal government actually took away our departmental funding," she recalls. She says the focus for academic funding then was science, not foreign languages. "So now there's this big swing back in the other direction, and it's been great. So many people who were my cohort in graduate school are now still in academia and are benefiting from that."

"But there is also this slightly creepy feeling," O'Neill cautions. "Someone I know coined the term 'The Weaponization of Arabic,' like the only reason this is being developed is for just creepy — to me — needs. And I would love to see that unhooked a bit, [so] that people would get into studying Arabic just for purely personal, passionate reasons.

"That's where the connection is," she says, "and that's where you make the real cultural exchange."