The central market in the Santurce neighborhood of San Juan, a central gathering spot for people to discuss politics after work.

Puerto Rico has another debt payment due July 1, and this time, it’s a big one: $2 billion.

The US territory defaulted on nearly $400 million back in May. And now Puerto Rico says it won’t be able to pay back its creditors again. Overall, the island is some $70 billion in debt.

To understand how it got in this hole, let’s go back to the 1970s and Section 936 of the US tax code: A new rule said American companies didn’t have to pay federal taxes if they set up shop in Puerto Rico. That brought a lot of manufacturing jobs to the island.

Then in the 1990s, Washington decided the law amounted to corporate welfare and scrapped the tax break. The jobs went away.

Puerto Rico has actually lost slightly more than half of its manufacturing base since 1996, nearly 100,000 jobs. The island has suffered a decade of economic stagnation since 2006, when the 10-year tax break phase-out ended, and the unemployment rate now sits at 12 percent. And Puerto Ricans — who are American citizens — are fleeing for the mainland.

That would be 7 percent of the island’s population of 3.5 million. With its tax base leaving or out of work, the Puerto Rican government did what all governments do: It borrowed money and issued lots of bonds. These bonds were attractive to investors for their "triple tax-exempt" status — free of local, state (or territorial) and federal taxes — and high interest rates. Today, the island carries more debt than any US state except California and New York.

And unlike a city or a state, Puerto Rico can’t declare bankruptcy because of a law passed by Congress in the 1980s. Many Puerto Ricans think that’s unfair.

“We need help. We are part of the United States,” said Luis Verona, a salesperson who was getting a shoeshine at a public square in the Santurce neighborhood of San Juan. “As a citizen, me personally, I can file bankruptcy with no problem. I messed up, I can go ahead and file bankruptcy and then start all over again. That’s what we need.” 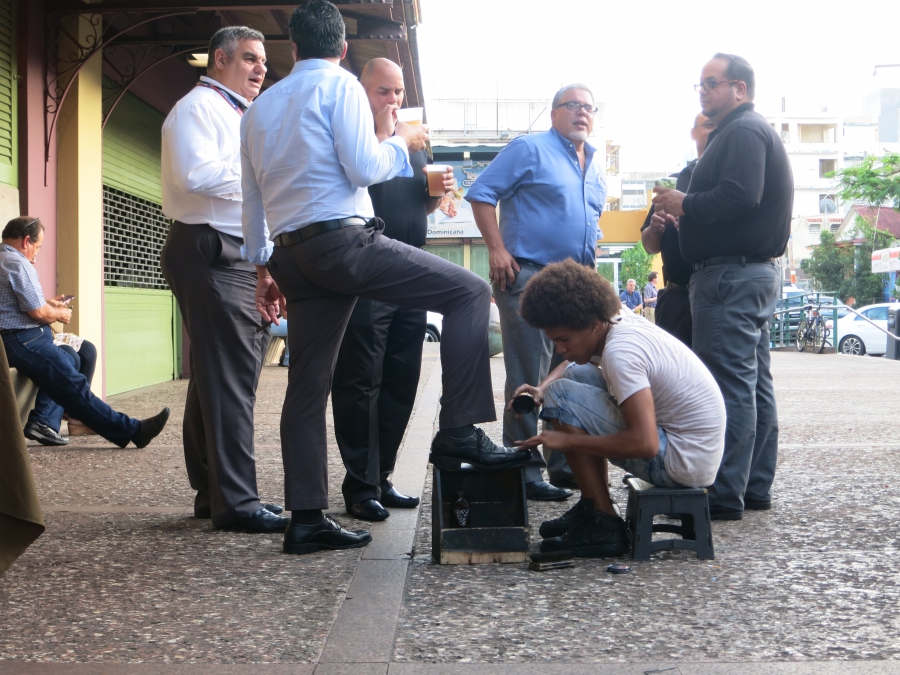 A group of men gather after work in a central square in San Juan's Santurce neighborhood.

But that’s not what a proposed legislation in Congress would do. That bill, which recently passed through the US House of Representatives, is called “PROMESA,” short for the Puerto Rico Oversight, Management, and Economic Stability Act. At its core, Congress and the White House would appoint a seven-member oversight board to restructure the island’s debt. Only one of those members would need to have a tie to Puerto Rico.

“We’re hostages to whatever the federal government is going to decide,” said Reyes. “And these are people that will face no accountability for anything that they do because we don’t even have to vote for them.”

Jorge Luis Márquez Perez, is the mayor of Maunabo, a city of 13,000. He puts things more bluntly, saying the proposed bill “treats Puerto Rico like a colony.”

“They come here because they want to make sure that Puerto Rico keeps paying the debt,” he says.

He and others worry that an oversight board in Washington could sell off the island’s public assets, slash services, raise taxes or cut pensions. Basically, impose strict austerity measures.

Juan Angel Gutierrez, a PhD who has been out of work for three years, also opposes Congress' solution.

“I have not been able to find anything, even though I have gone to people and said, ‘Well, I don’t care, I just want to work, even if you pay me $7.50 an hour,’” said Gutierrez.

He says US politicians created Puerto Rico’s mess with decades of poor decisions; now his island needs help rebuilding, not to be punished with a crippling debt. 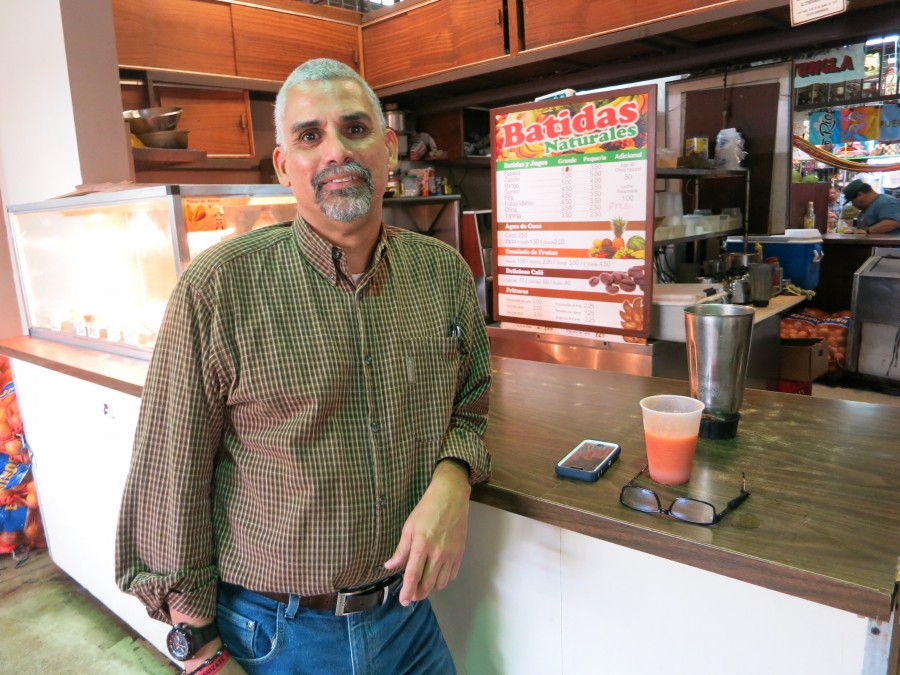 Juan Angel Gutierrez hasn't been able to find work in three years. He says Puerto Rico needs help rebuilding its economy, not to be forced to pay back a debt it can't afford.

Hugo Laporte, a semi-retired security guard, is angry not so much at Washington, but at Puerto Rican politicians.

“We’re directly responsible for this mess. We’ve been borrowing and borrowing, without knowing how we’re going to pay. And we just leave it to the next administration. And that’s not right,” he says.

Puerto Rican officials are making another choice: prioritizing vital services over paying back their loans. But that’s not technically legal — Puerto Rico can’t just tell its creditors, "We’ll pay you when we can." The government would almost certainly be opening itself to a cascade of lawsuits from bondholders who want their money back.

So, at this moment, the best way to prevent that might be for Congress to pass its PROMESA bill, even if it’s highly unpopular on the island.