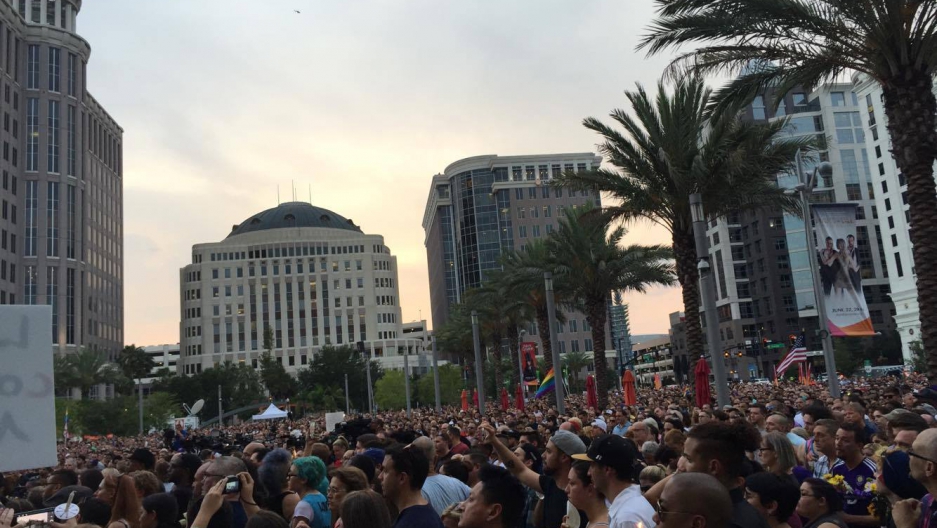 They left behind loved ones who now must come to terms with life without someone they cared about. Randy Figueora was friends with three of those who died.

“The first was Mercedez. I met her about four years ago. We started working together at my job.” The two met at work. “We instantly built a very big bond. Me and her would actually go to Pulse together a lot,” he says.

Mercedez Marisol Flores was 26 years old when she was killed on Sunday.

Figueroa describes her as the life of the party. “She was that person you met and off the bat you knew she was cool people,” he says.

But she also had a serious side. “If you felt sad, she gave you her shoulder or ear. If you needed to have a night out, she was there by your side to help you forget reality, even if just for a few hours.”

“Amanda was that friend you could go for months not seeing, and one day run into her, and she would hug you as if you see her everyday.”

Both Alvear and Flores had gone to Pulse on Saturday for Latin night, and were among those who took refuge in a bathroom during the attack. Alvear posted a Snapchat video (Warning, this video may be disturbing) documenting the shooting. Both she and Flores were killed.

“He was a dancer. He used to dance a lot for the drag queens that perform at the clubs and he was just a free-spirited person who just loved to dance and have a good time. And it was always a good time when we were around each other,” Figueora says. ”Now he is dancing in heaven.”

The Latin community at Pulse is especially important for Figueora because of its acceptance. Growing up in Puerto Rico as a gay youth was difficult for Figueora.

More: 'For a lot of our families, having a son or a daughter who is gay maybe was a secret until this weekend'

“In Puerto Rico, it’s more ‘keep it on the low, nobody wants to know, nobody accepts it.’ Over here, it’s more ‘be proud, be who you are, live your life for you. Don’t worry about what any one has to say or thinks about it.”

“Coming to Orlando and being able to come out and have a supportive family and then to be introduced to Pulse, especially the gay Latin community in Pulse ... it means the world to me,” Figueora says. “Those were the people that knew growing up in the Latin community meant having to hide it.”

Through Pulse’s Latin community, Figueora made close friends whom he considers “brothers” and “sisters.”

More than 1 million Puerto Ricans live in Florida, with the biggest community in Orlando.

Gay or straight, Figueora says, “we’re all uniting. Everyone is coming together to support each other. We didn’t just lose our own community, Orlando lost a whole entire community.”

The aftermath of the mass shooting has left some in the LGBT community hesitant to attend gay nightclubs, but Figueora believes it’s important to “just continue living” and keep the memory of his friends alive.

“I know for a fact that I’m not going to go right away. It’s going to take me a minute with the fact being it’s where my friends lay dead. I don’t think I have the courage or energy to walk in there right now and continue dancing on that dance floor. But eventually, yes, I will go back and will continue supporting it. I love Pulse. I thank Pulse for many memories, for many opportunities to meet different people. It’s a place that means the world to me and I will never stop supporting it,” Figueora says.