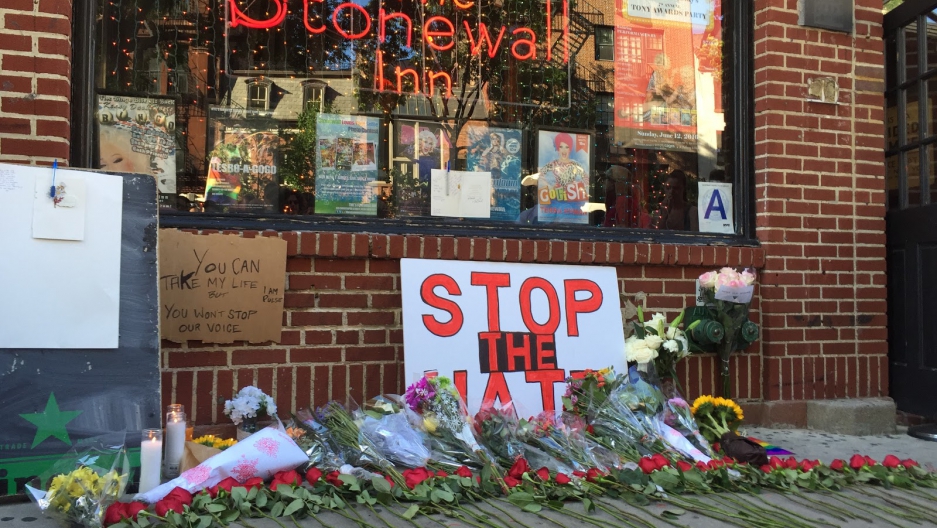 A memorial outside the Stonwall Inn.

There's something going on after the Orlando attack. There's hurt, there's anger and that's what you got after the worst mass shooting in modern US history too.

After 9/11, there was unity. Now? There’s an unmistakable sense that everyone has gone to their respective corners.

Sunday evening we went to The Stonewall Inn — it’s the birthplace of the gay rights movement, in New York City’s Greenwich Village — and there was a vigil going on. 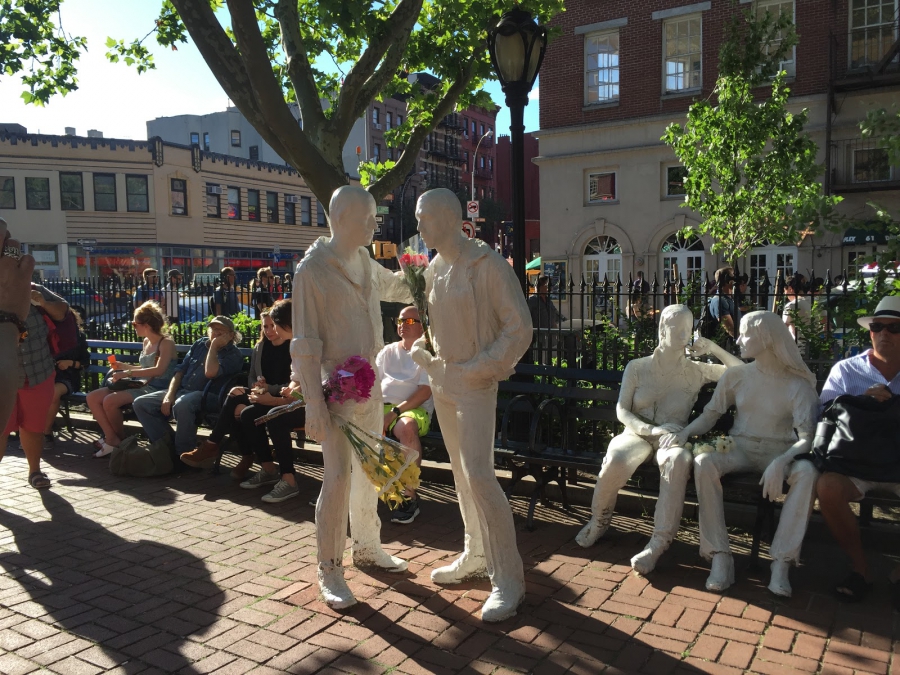 Outside the Stonwall Inn, the victims from the Orlando attack are being remembered.

“Especially during Pride Month, for someone to come into a queer club, somewhere just like Stonewall that is so sacred to queer people — especially queer people of color — it's unfathomable, that level of hate,” she says choking up with tears. “The fact that a lot of media is spinning this and turning this into something that is just about Islam or fundamentalists is abhorrent. This is about good old-fashioned, homegrown homophobia.”

Others outside of Stonewall felt similarly, including a young man named Tom Stolker.

“This is hideous and it's repeated,” he said, clearly exasperated. “I don't want to get political but I feel like we've created an atmosphere where this kind of thing is becoming ... encouraged.”

Charles was there, too. He grew up gay, and black, just down Interstate 4 in Tampa.

“I think growing up in such a conservative town with a conservative Southern Baptist family, it was very hard to imagine I would make it to 28 — I'm almost 29 now — because I didn’t see people like myself,” he says. “How do we live in peace with people who are different from us, and how do we honor them on a human level?” 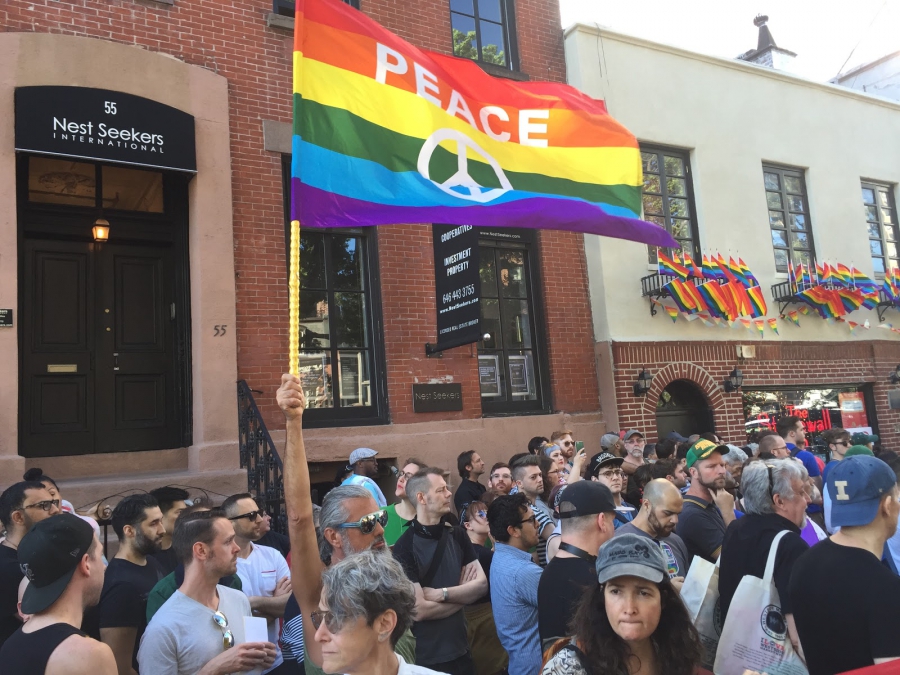 A memorial outside the Stonewall Inn for victims of the Orlando attack.

The Stonewall Inn is a monument to gay rights. But this is also New York — ground zero for terror in America. Almost no one we talked to was blind to the fact that away from places like this, Orlando was about almost anything else — Islam or jihad, guns, or Barack Obama himself. None of these New Yorkers were getting the kind of unity they remember from September 11, including Manhattanite Neil Parker.

For a while at least, when anyone stared at the smoking wreckage of the World Trade Center, they saw America in that horrible ink blot. Now, maybe it's the election, maybe it's because of terror watch lists and guns, maybe it’s because these victims were gay, maybe it’s just too soon, but right now, it seems like Orlando is just showing people what they think they already know.

A version of this story first was on PRI's The Takeaway, a daily radio show that invites you to be a part of the American conversations.

More people gathered at the Stonewall on Monday night as well. Listen to that story with Marco Werman from PRI's The World: