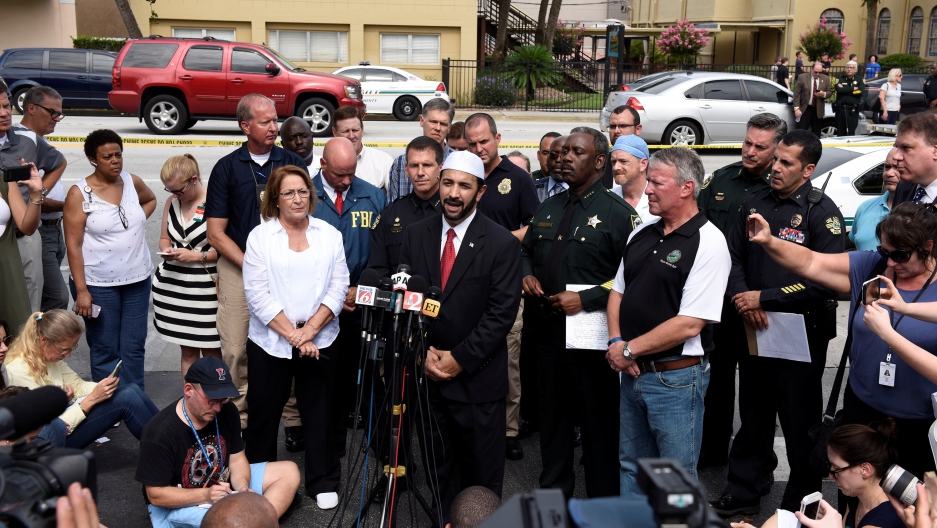 Imam Muhammad Musri speaks at a news conference after a shooting attack at Pulse nightclub in Orlando, Florida, June 12, 2016.

President Barack Obama, in an address to the nation, said he'd directed the FBI to lead the investigation and determine what motivated the killer.

"What is clear is he was a person filled with hate. Over the coming days, we will determine what motivated him, and we will go where the facts lead us," Obama said, vowing to provide whatever help was needed by the people of Orlando.

"No act of terror will ever change who we are or the values we have as Americans," he added. 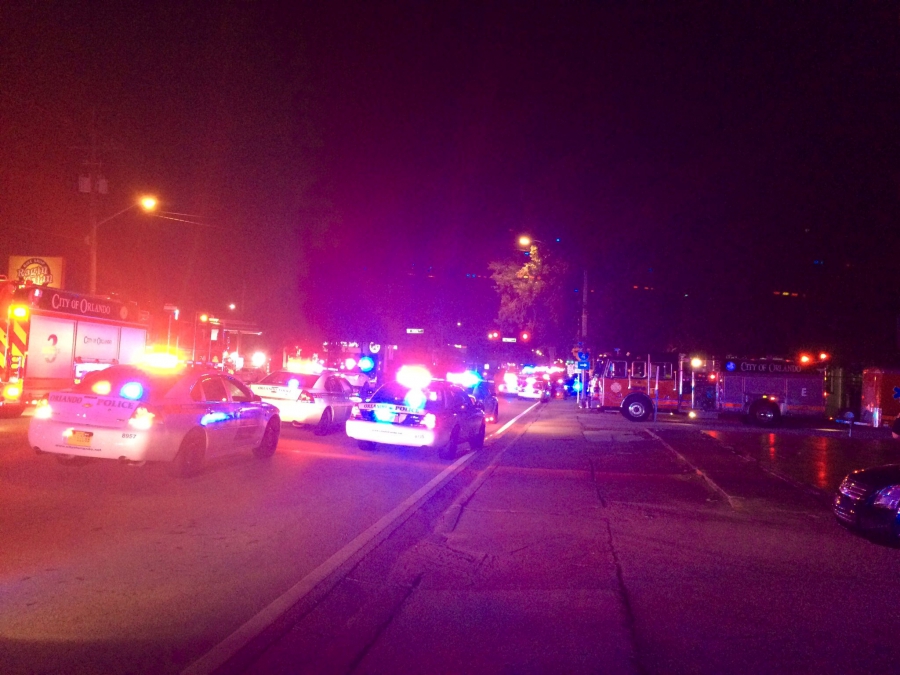 Law enforcement have called the attack an act of terrorism. The shooter has been identified as Omar Mateen, a US citizen from Port St. Lucie, Florida. The Independent reported that Mateen has a history of domestic violence.

An ex-wife told The Independent that he was "not a stable person."

"He beat me. He would just come home and start beating me up because the laundry wasn't finished or something like that," she told the newspaper.

Mateen, heavily armed, seized hostages early Sunday after shooting scores, eventually prompting a police SWAT team to storm the venue, officials said. At least one police officer was wounded in the raid, shot in the head, but saved by the Kevlar helmet he was wearing.

"This did turn into a hostage situation," Orlando police chief John Mina said. "At approximately 0500 hours this morning, the decision was made to rescue hostages that were in there." 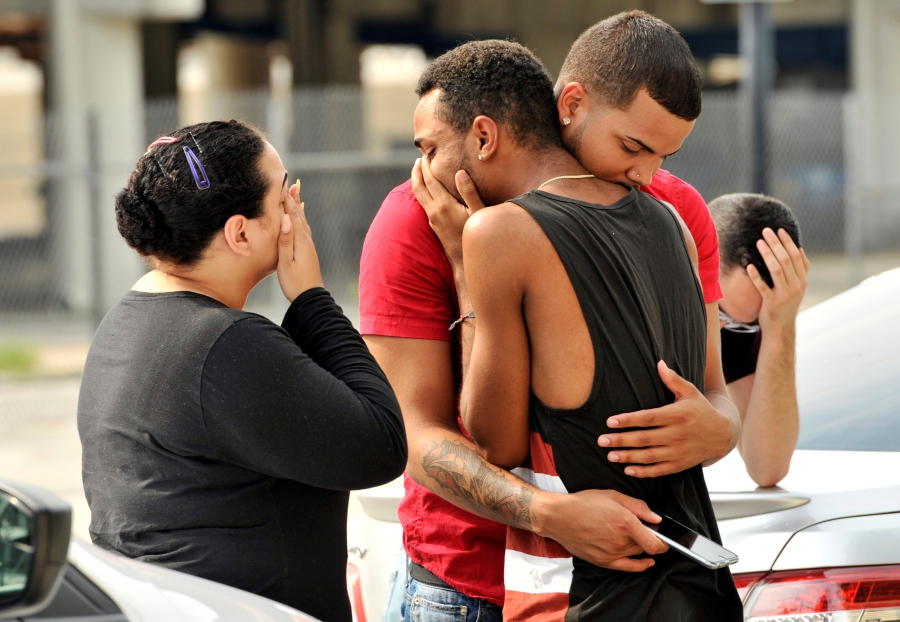 Friends and family members embrace outside the Orlando Police Headquarters during the investigation of a shooting at the Pulse night club,in Orlando, Florida, June 12, 2016.

FBI officials said the gunman may have extremist leanings — but it's too soon to know for certain. NBC News reported that Mateen had been on some sort of watch list at some point in the past — and also that Mateen called 911 right before the attack and pledged allegiance to ISIS.

Twelve hours after the attack, ISIS claimed responsibility, through a statement on an encrypted phone app, according to The New York Times. But the account was credited to "a source," an unusual way for ISIS to describe a purported fighter's action. Mateen's family suggested the attack was motivated because of anti-gay prejudice, rather than Islamic radicalism.

His father, Mir Seddique, told NBC News, "this has nothing to do with religion." Seddique said his son got angry when he saw two men kissing in Miami recently and thinks that may be related to the shooting.

"We are saying we are apologizing for the whole incident. We weren't aware of any action he is taking. We are in shock like the whole country," Seddique said to NBC News.

The massacre already is raising questions about the ease of gun ownership in America. Orlando police said Mateen, identified as 29 years old and New York born, had purchased two weapons legally in Florida in the week before the attack. Mateen had worked as a security guard.

In Orlando, long lines developed from people looking to donate blood to help the victims; medical officials said there was a shortage of blood, especially type O and AB. Despite reports to the contrary, a federal rule that bars men who have had sex with men in the past year from donating blood remains in effect — effectively barring some of the closest friends and family of the victims from donating.

Some members of the Muslim community called on Muslims to come forward to donate, because sexually active gay men could not.

The Islamic Center of Fort Pierce, where Mateen had occasionally prayed, condemned that attack and offered condolences. “The Muslim community of Fort Pierce joins our fellow Americans in repudiating anyone or any group that would claim to justify or excuse such an appalling act of violence,” the center said in a statement.

In Los Angeles, a man headed to the L.A. Pride festival was arrested with weapons and explosives. The event went on as planned. It was unclear whether the incident was related to the Orlando massacre.

Obama ordered the flags at the White House and other public buildings and areas flown at half staff to honor the victims.

.@POTUS orders U.S. flags flown at half-staff to honor the victims of the attack in Orlando: https://t.co/k6QWAbrHAh pic.twitter.com/uivIQQQC9j

PRI's David Beard and Agence-France Presse contributed to this story.