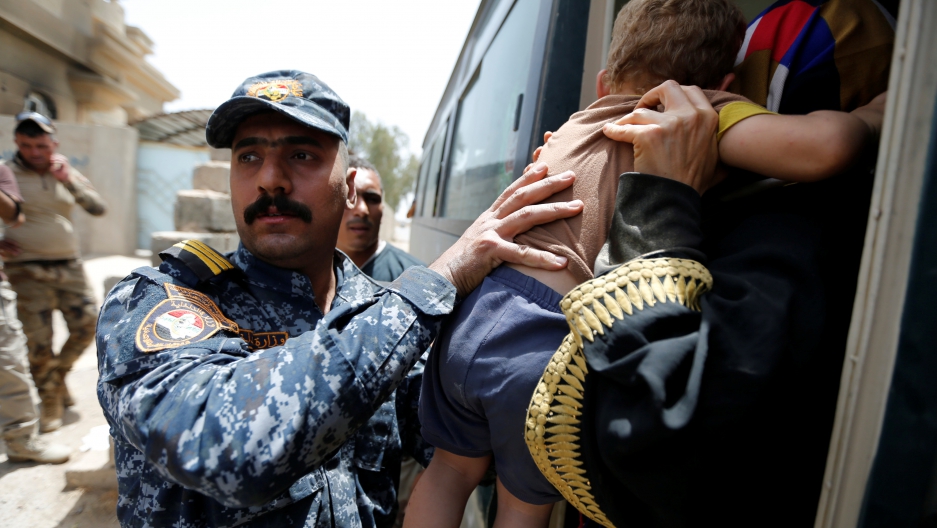 A member of the Iraqi security forces carries a child as he assists civilians, who had fled their homes due to clashes, at Camp Tariq, south of Fallujah, Iraq, June 4, 2016.

Fallujah is a community that many Americans will recognize, because US military forces fought so long and hard to gain control of the city during the Iraq War.

Iraqi civilians are being targeted by both ISIS and Shia militias. Read the full story. 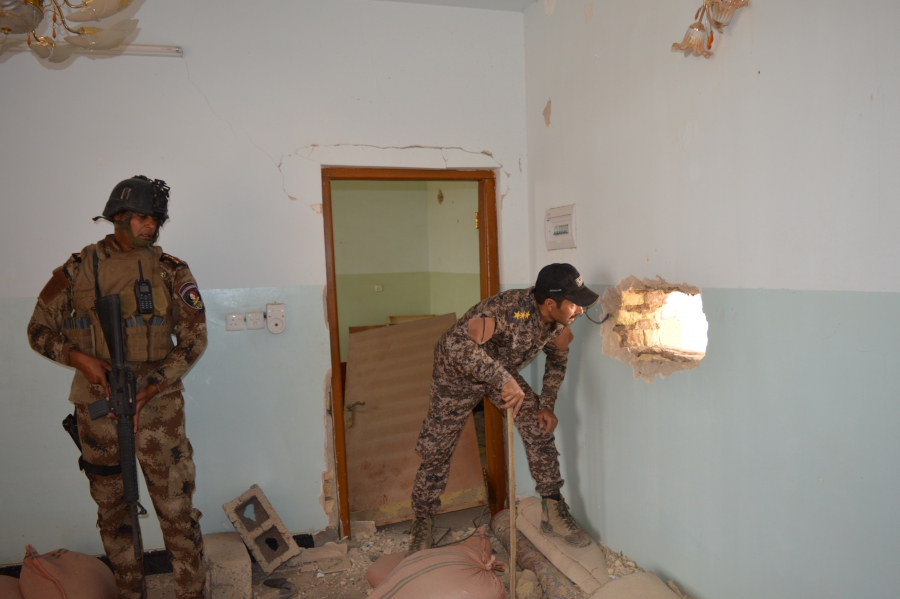 That’s one reason it came as such a shock in early 2014 when ISIS militants seized Fallujah, only about 40 miles from Baghdad in Iraq's Sunni heartland. Since then, residents have endured "two-and-a-half years of living hell," said Prince Zeid bin Ra'ad, United Nations High Commissioner for Human Rights.

The Iraqi military’s offensive to drive ISIS out of Fallujah has been under way for two weeks now. The soldiers are getting help from Shiite militiamen on the ground — a fact that puts many Iraqis on edge, says Hugh Naylor of the Washington Post, who traveled with the Iraqi military to the outskirts of Fallujah early this week. “It could create ... a pretty combustible situation given Iraq’s sectarian politics."

Indeed, thousands of Iraqis in Fallujah are in danger. ISIS is using civilians as human shields, while Shiite militiamen have been accused of torture and abuse.

Hussein said in a press release that "there are extremely distressing, credible reports that some people who survive the terrifying experience of escaping from ISIL, then face severe physical abuse once they reach the other side.”

He continued: "Eyewitnesses have described how armed groups operating in support of the Iraqi security forces are intercepting people fleeing the conflict, separating the men and teenage boys from the women and children, and detaining the males for ‘security screening.’ ... There are even allegations that some individuals have been summarily executed by these armed groups."