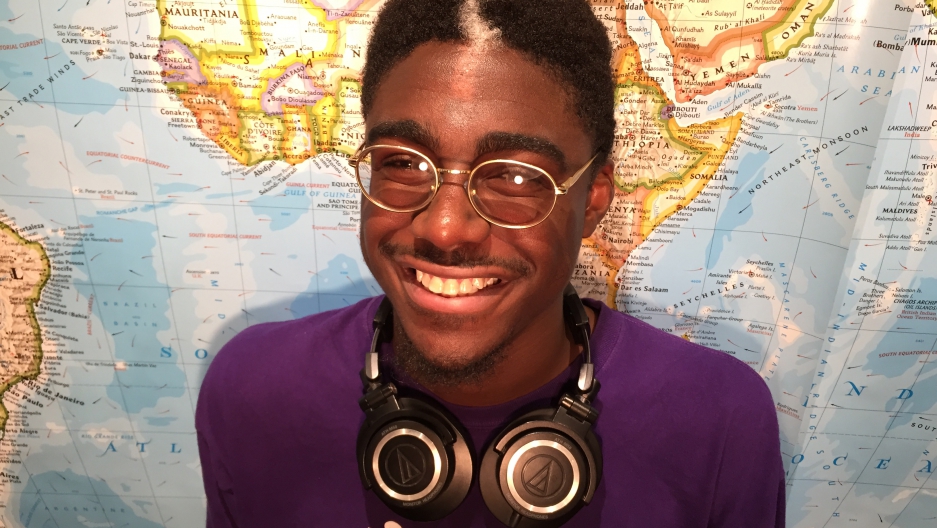 Boston’s oldest high school, Boston Latin, has been in the news recently over accusations of discrimination. Tensions showed no sign of easing until Phillip Sossou, a senior at the school, walked into school at 9 p.m. on a Thursday.

Sossou had spent the last four months of his senior year secretly sketching every student in his graduating class, drawing from Facebook profile pictures. That night and into the following morning, Sossou and six friends hung all 411 portraits on every free surface of the school’s hallway.

“When people started coming in [to school], it was utter surprise,” Sossou says, “I think it was just cool to see everyone together, to see something positive in the school.”

He originally conceived it as a project to improve his charcoal drawing skills.

He made an average of three portraits a day for four months, and went ahead with the project despite worries that the tensions within the school would make it impossible for his classmates to appreciate it. Phillip hopes that these portraits will be the strongest memory of their senior year, more so than the charges of racism and administrative negligence.

After Phillip's interview today, he gave a drawing lesson to two of our producers.They talked about how race played out in their high schools. But now we want to hear from you.

When was a time that race shaped your high school experience?

Plus, Phillip is drawing one of our listeners! Just send in a story (in the video comments) about how race played out in your high school for the chance to get a hand-drawn sketch!