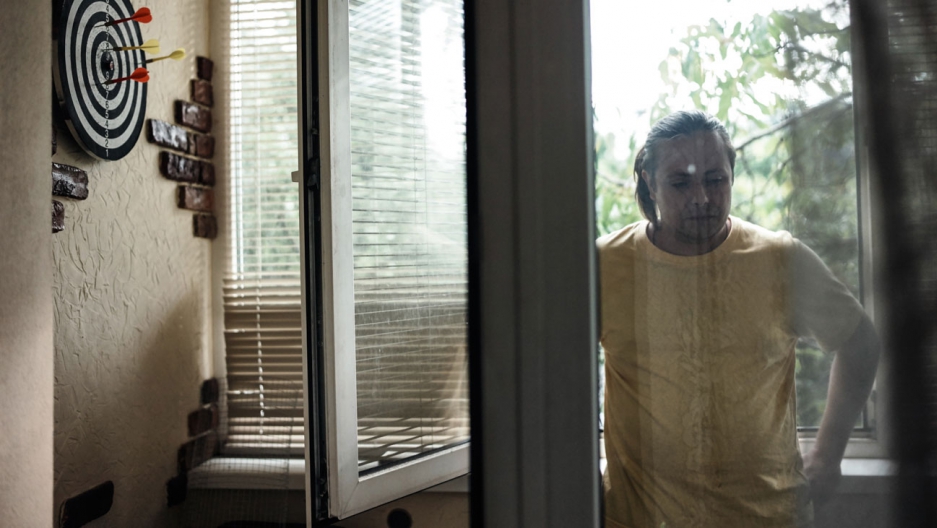 Georgiy Gaidamaka left his native Simferopol, in Crimea, after the Russian government said it would end the methadone­ substitution therapy he’d relied on to treat his heroin addiction. Now he lives in Kiev, where he builds amplifiers from old Soviet equipment.

Captured Ukrainian pilot Nadiya Savchenko came home to a hero’s welcome May 25 after a prisoner exchange with Russia. But more than two years after Russia’s annexation of the Crimean peninsula and a separatist conflict in Ukraine’s east, life has hardly returned to normal for many here, especially for Ukrainians who had to flee their homes.

While many of those displaced in eastern Ukraine have tried to stay nearby, others have migrated to Ukraine’s capital of Kiev, with its better economy. As images of families fleeing the conflict filled TV news here, Kievans opened their arms, piling donations of clothing and food into a volunteer-run center that sprung up in the crisis. Especially generous residents of the capital offered temporary housing and jobs. 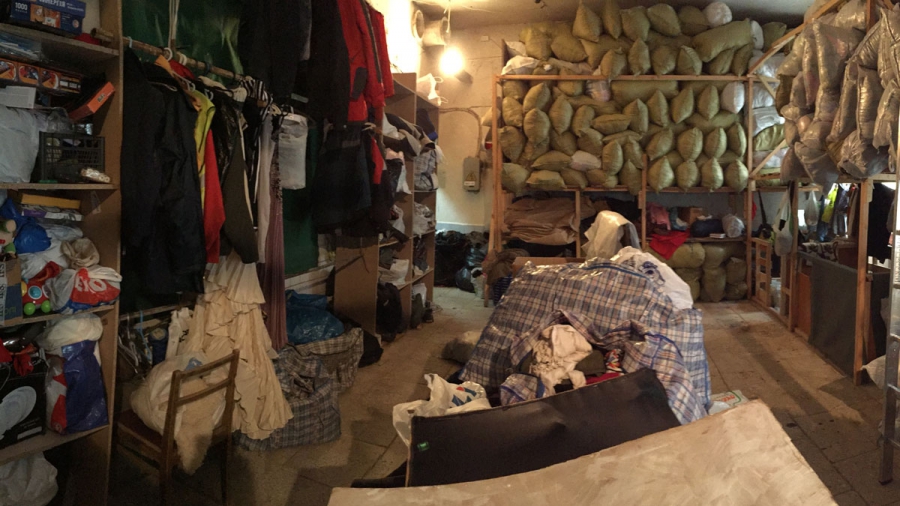 Donations have piled up at a volunteer ­run center in Kiev, so they’ve been bagged up to send to other regions of Ukraine where the internally displaced have less help.

The warm welcome helped, says Victoria Vasilevskaya, who left the eastern city of Lugansk with her husband and three kids soon after the conflict began.

“I never get this here,” she says of help at the donation center as she imitates a judgmental sideways glance. “People feel at home here. You get kind words. People even drop off cakes! And you understand that you’re not alone. Even in a big city, where you don’t have family or friends, you’re not alone.”

Vasilevskaya found this place such a lifeline that she soon became a volunteer herself. Now she’s on her cellphone all the time, helping people to register as IDPs or to deal with any number of other problems, from enrolling children in school to finding work.

Moving to a new city is not easy in Ukraine. Here, extended families take care of children and personal networks help people find jobs. Moreover, Ukraine’s government still clings to the Soviet (and Tsarist) system system of “propiska,” or residence permits, which make it hard and expensive to change the place where one can legally vote, buy property and more.

Ukraine’s bureaucracy has been slow to respond to the realities of the internal migration crisis, activists complain. Sometimes it even stands in the way, says Yevgeniya Andreyuk of the NGO Crimea SOS. For instance, Ukrainian authorities refuse to recognize legal documents like birth certificates issued in Russian-controlled Crimea, saying that would lend credence to the annexation. But that’s also created a Catch-22 for Crimeans who want to migrate to mainland Ukraine, since until recently, they had to petition Ukrainian courts for new documents in a dragged-out process. Andreyuk says things are getting better now as courts create special procedures for would-be migrants, and she hopes eventually, the crisis will result in some long-needed legal reforms in Ukraine.

“It gives us a chance to see better all these drawbacks of [the] old, Soviet system which is still in place, which we need to change,” Andreyuk says.

Ukraine’s government has finally set up a ministry to handle the displacement crisis, but it’s just starting to get organized. And the task of helping some groups is huge, especially the ragtag army of volunteers who fought on the Eastern front and have come here with physical and psychological wounds. 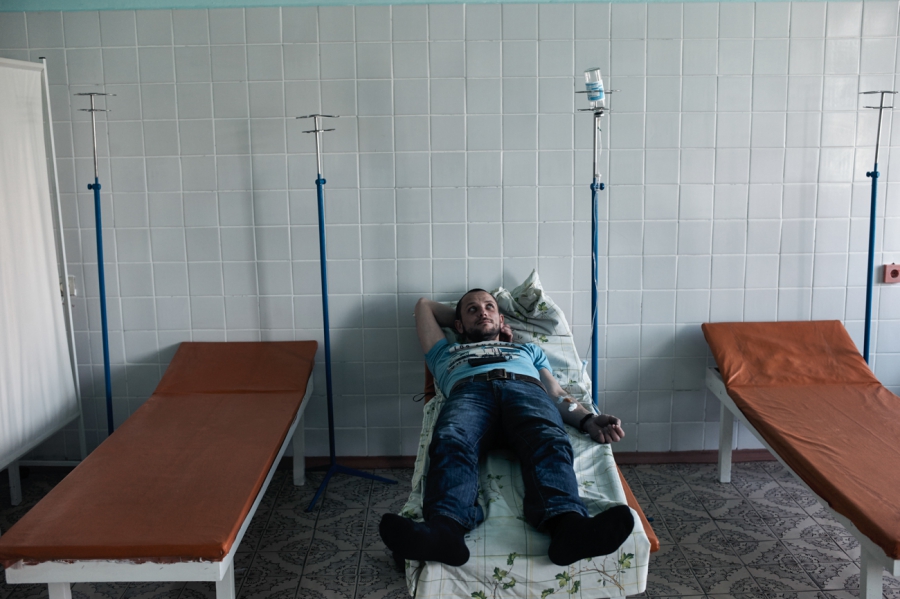 Aleksei Morozov undergoes an IV treatment in a military hospital in Kiev for a head injury he sustained in battle two years ago. Morozov, who is HIV ­positive, joined a volunteer battalion and was later held prisoner in Eastern Ukraine.

I meet Aleksei Morozov at a military hospital in Kiev. He’s seeing a doctor for a head injury from a battle in 2014. Morozov had been a mechanic in the Eastern city of Donetsk when the fighting began. He decided to join a pro-Ukrainian volunteer battalion — even though he’s HIV-positive. After a couple of months fighting, Morozov’s group was captured. He says they lived more than a month in a police basement. The lights were never turned off, and they were beaten, he says.

“There’s no law there. There’s only the law of the strongest — whoever has the machine gun rules,” he says of the separatists who captured him.

Worse, Morozov says he was denied his anti-retroviral medication for HIV. Finally he was put in a work camp, where his wife could smuggle him medicine. He was released in a prisoner-swap two months later. Now Morozov tries to help other displaced veterans get assistance. But he’s indignant that they need to push the system to help.

“The government should provide all this. We shouldn’t have to ask them. They should be providing help,” he says.

One small group from Crimea shows the odd range of problems that have propelled people out of Russian-occupied Ukraine. That group is heroin addicts. Methadone substitution therapy is banned in Russia. When addict Georgiy Gaidamaka heard his clinic in Simferopol would be shut down, he worried that he’d be back on the street using heroin.

So with the help of the International HIV/Aids Alliance, Gaidamaka moved to Kiev. Every month, he gets on a train to a city in Western Ukraine where there’s a doctor willing to fill his prescription for methadone. It hasn’t been the easiest transition, but the alternative of staying behind would be worse, he says. According to the UN’s AIDS envoy, as of last year, between 80-100 Crimeans on drug-substitution therapy had died after the Russian government cut off their treatment.

As for Gaidamaka, he now lives in a small flat not far from the volunteer center in Kiev, though he doesn’t avail himself of its services. He mostly stays in here, smoking cigarettes and building audio equipment from old Soviet vacuum tubes. His left arm is a patchwork of blue veins. Sometimes he writes songs, like one he wrote after moving here, the new home where he never expected to live. The chorus is simple: “Without you,” it goes. “Without you.”