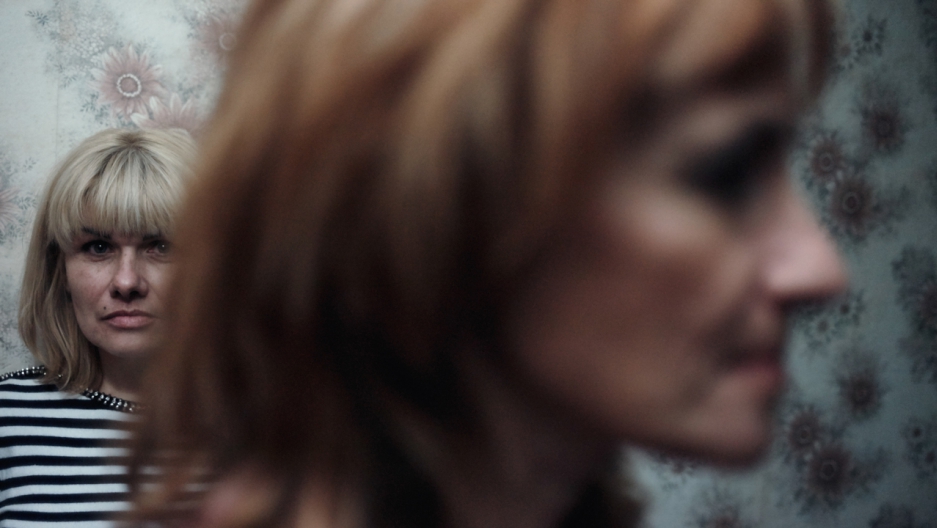 Yana, 40 (left) with her social worker Olga. Yana has recently been released from prison and Olga helps Yana readjust to the everyday life. Mariupol 2016.

For the past decade Ukraine has had one of the fastest growing HIV/AIDS epidemics in the world. Prevalence in eastern Ukraine is about much higher than rates in the rest of the country. Over 6,000 people living with HIV in separatist-controlled Donbass struggle with shortage of medicine and doctors. The number living with HIV could be much higher.

HIV infection is on the rise, as pro-Russian separatists who govern the region have also banned most international medical organizations from delivering aid and gathering accurate information about the situation.

In Ukrainian controlled territory, the situation is aggravated by the number of internally displaced people and thousands of demobilized soldiers returning to their families with PTSD — in the past year there has been a significant rise in violence against women.

In families, where both or one partner also lives with HIV, it has been particularly hard — HIV discrimination and stigma are still common.

More than a year into the war, displaced women and children with HIV still struggle to find accommodations and long-term employment. 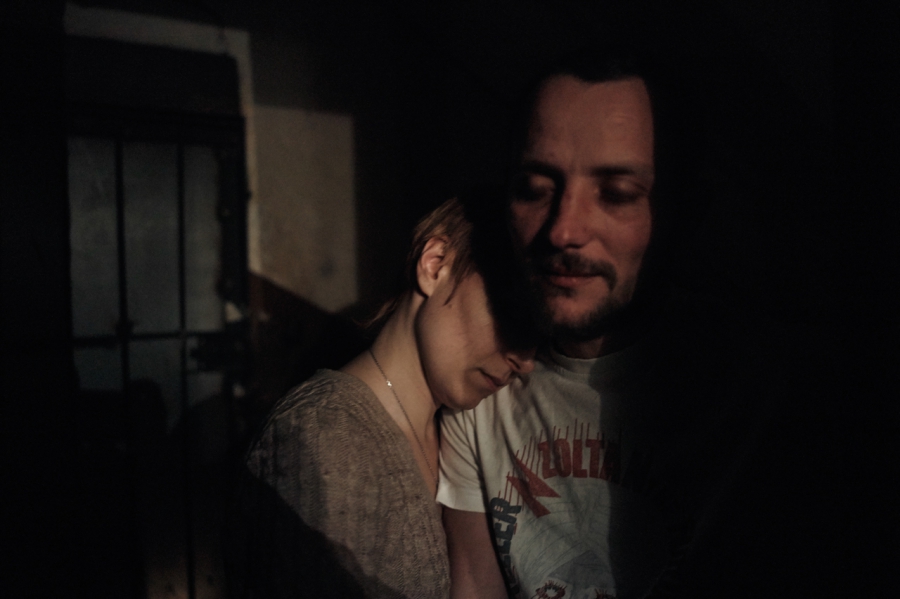 Sveta is reunited with her husband Aleksei after he spent months as POW of separatist group. He hid his HIV status from his captors while Sveta managed to sneak his meds to him. Kiev 2014. 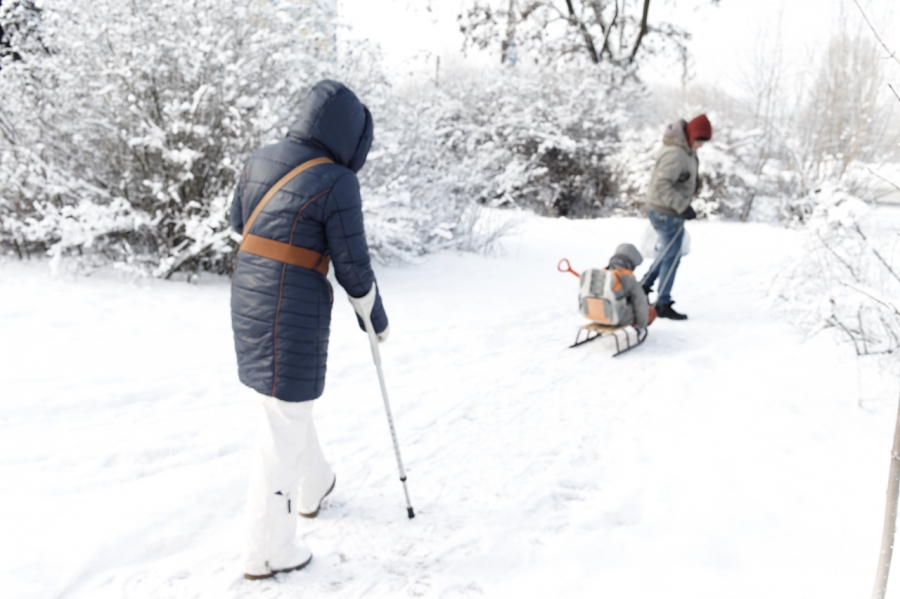 Alla walks home in Kramatorsk after receiving her daily dose of metadone, a substitution therapy made largely unavailable by separatists in eastern Ukraine. She fled her home just outside of Donetsk and is now living as an IDP with her son. 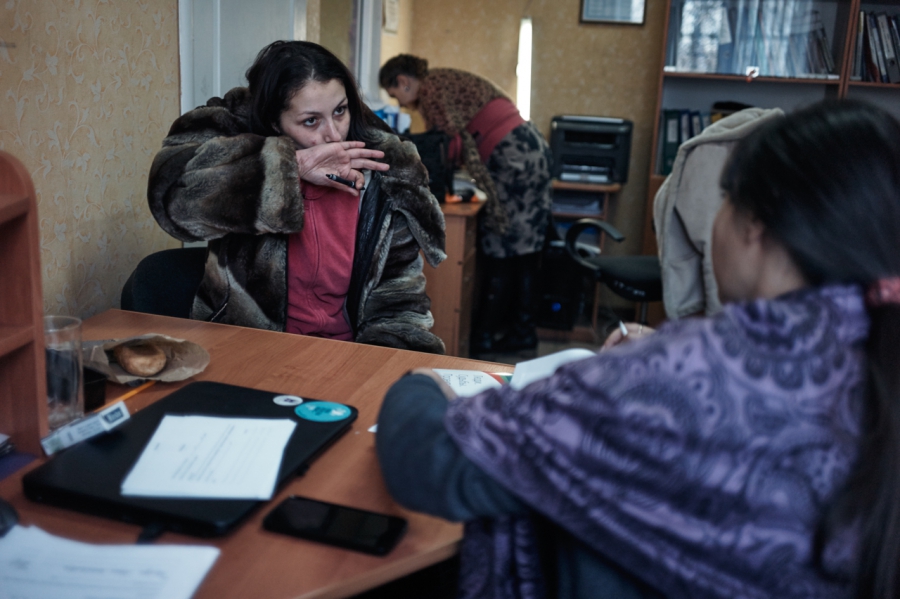 Irina. 28, (left) fled the war from Enakievo, a town now under separatist control in eastern Ukraine. She is an intravenous drug user and receives substitution therapy which was made illegal by separatists. 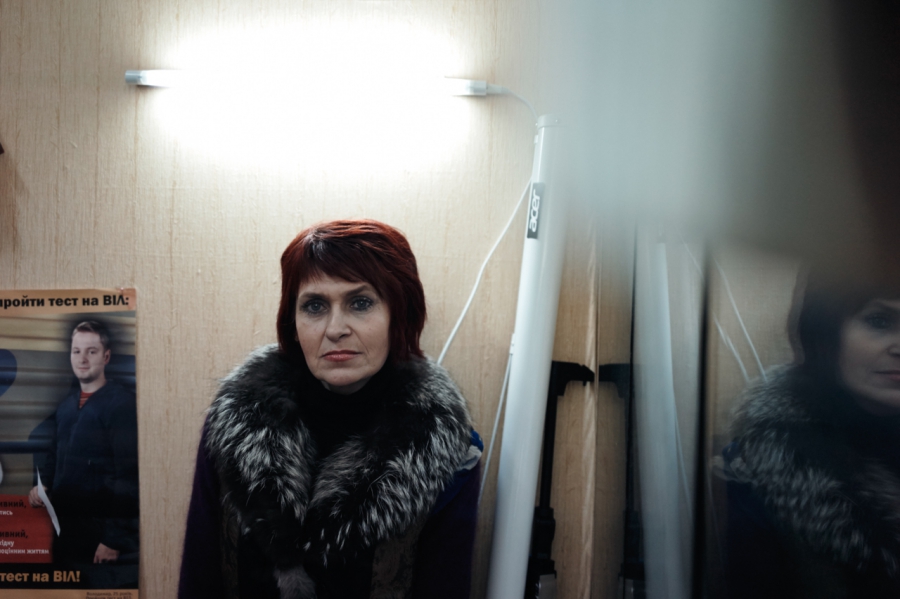 Victoria, 48, is a social worker for women with HIV in Kramatorsk. 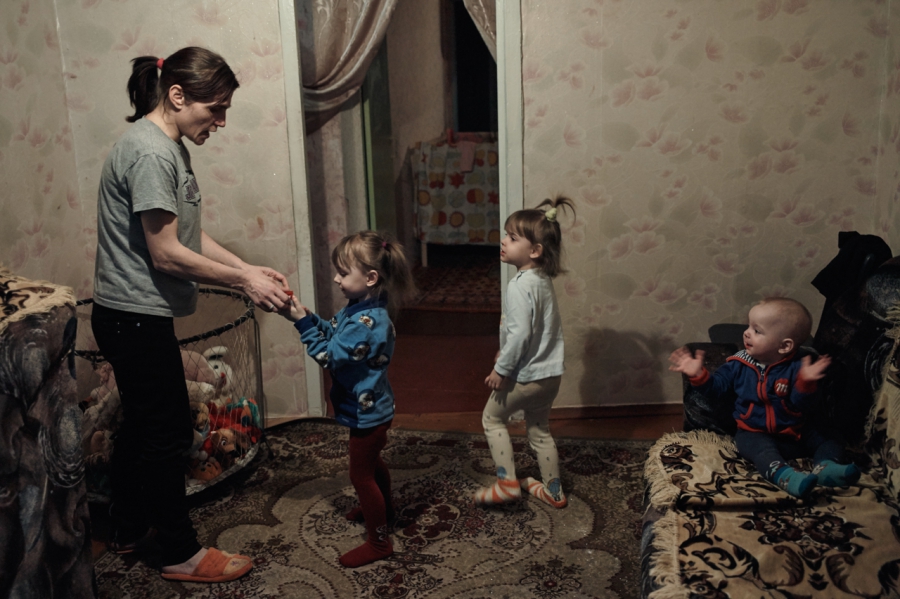 Tatiana, 33, with her three children. She contracted HIV from her husband who was a drug user and died from AIDS in January 2016. They had to flee the war during heavy fighting and right now she lives in Kramatorsk, supported solely by NGOs and church groups. She is unable to work as she is the only caregiver for her kids. 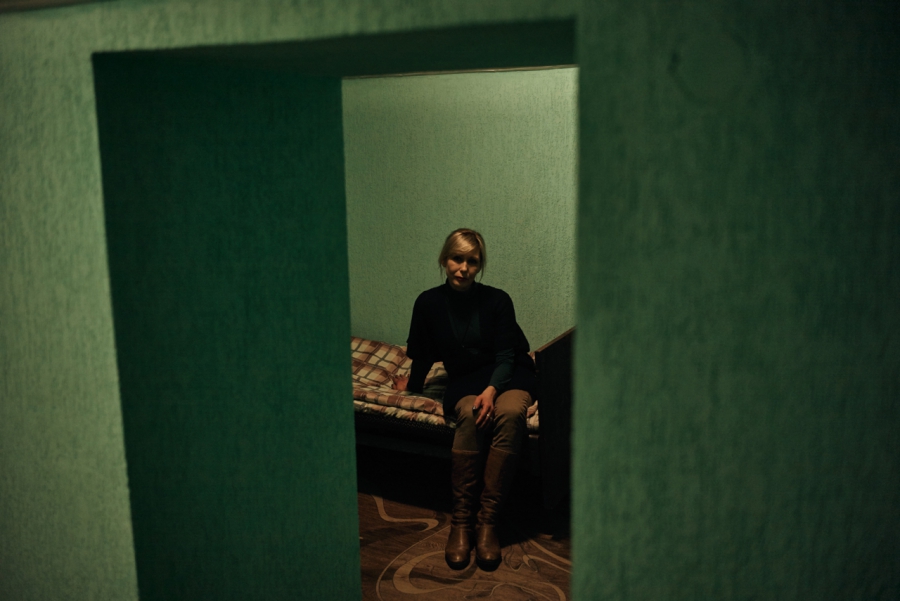 Olga has known about her HIV status for almost 20 years. She was a very active social worker helping young women in her hometown Donetsk. She openly opposed the separatist regime and had to flee Donbass leaving all of her possessions behind. Her apartment is now occupied by separatists. She is now in Odessa and has had a hard time adjusting to living in temporary shelters and has attempted suicide. 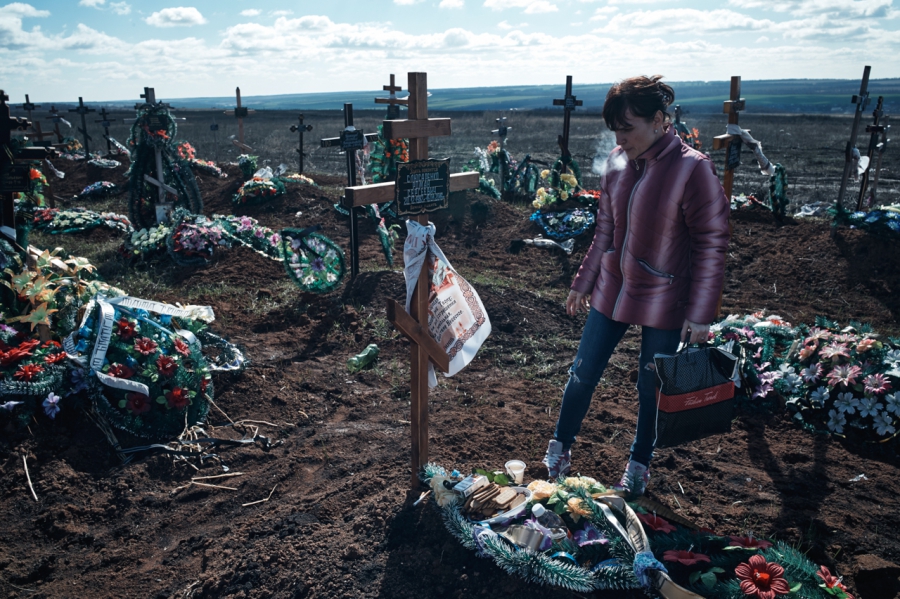 Tatiana, 33, visiting the grave of her husband who died of AIDS in January 2016.