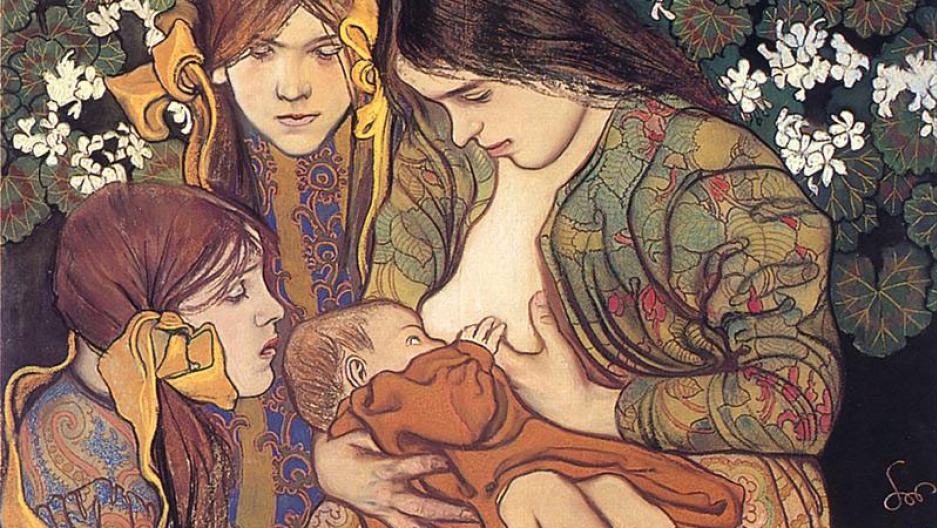 Breastfeeding in public is the controversy that never seems to die.

A recent YouTube video that went viral shows a woman breastfeeding in public. One passer-by tells her “not to do that in public”; another that being in “a decent place” — a bus stop, in this case — means not breastfeeding there. Several others call her “disgusting.”

A few years ago, an experiment run by the Huffington Post showed that — even in states with laws protecting a woman’s right to nurse in public — women face censure, shaming and the threat of ejection from restaurants and public places when they breastfeed.

At the same time, women who could breastfeed but don’t are widely perceived as selfish. These are women who instead opt to feed their children formula, perhaps due to job demands, or perhaps simply because they find breastfeeding doesn’t work well for them and their family.

Well-meaning organizations like the American Academy of Pediatrics, La Leche League, and the Dr. Sears parenting database continue to insist that “breast is best”; unfortunately, this rhetoric suggests that mothers who don’t give the breast are second-best.

So what is it that society wants? On the one hand, women are venerated for breastfeeding and excoriated for choosing formula. At the same time, a nursing mother is seen as an insult to public decency.

It’s twisted logic, and it’s nothing new. The discussions about breastfeeding perpetuate an ideological conflict that has been going for centuries. That it continues seems nothing short of medieval. But it’s much worse than medieval. In fact, during the Middle Ages, there was a strong tradition of celebrating and venerating breastfeeding that’s nonexistent today.

When it was a blessing, not a curse

Oddly, although some 21st-century Americans construe it as offensive and inappropriate, public nursing hasn’t always been frowned upon.

In fact, in certain cases, it’s been seen as downright orthodox. In Christianity, to witness the Virgin Mary lactating and nursing — whether in a vision, in real historical time, or in art — has been seen as a blessing for 1,000 years. 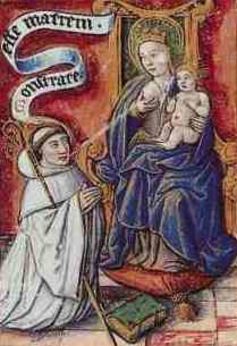 Bernard of Clairvaux drinks the milk of the Virgin Mary.

An 11th-century Catholic monk named Bernard of Clairvaux, according to a later medieval legend, had a vision in which a statue of Mary came to life and nursed him in the middle of a church. Through her lactation, Bernard was spiritually nourished and healed of a physical sickness. This vision is repeatedly represented in the devotional art of medieval and Renaissance Western Europe, and is meant to inspire devotion to Mary and faith in Christian miracles.

There is also a tradition of public iconography depicting the Virgin calmly nursing the infant Jesus, perhaps best exemplified by the façade of the cathedral of Santa Maria in Rome. A detail from the mosaic on the façade of Rome’s cathedral of Santa Maria. jere7my tho?rpe/flickr

At some point along the way, breastfeeding became something to be ashamed of.

But that division no longer exists in the stark terms it once did. So why is there still a bias against allowing a traditionally domestic activity to take place in public? Particularly when women feel intense pressure to breastfeed their babies until at least six months of age?

The dilemma of what to do about the pressure to breastfeed — but not do it in public — creates what I call the “breastfeeding triangle.”

In truth, this is simply an insidious new version of the virgin-whore dichotomy, but with a twist: now there are two ways to be a whore.

The virgin-whore dichotomy is as old as Christian doctrine, which separated the female forces in Jesus Christ’s life into a binary: Mary (his Virgin mother) and Mary Magdalene (his prostitute friend and probable disciple). In the early 20th century, Freud would later call this the “Madonna-whore complex,” and would associate it with pathological sexual behavior in men.

Essentially, the view construes women either as totally pure or totally corrupt based upon their sexual history or perceived sexual character. Nearly a century later, journalist and activist Naomi Wolf wrote about the pervasiveness of this binary in her book “Promiscuities,” noting how it left women in a nasty, ideological double-bind. The virgin is the woman without desire. The whore is the woman who not only has desire, but lives by it.

This idea can be applied to the nursing wars, where the woman who chooses not to nurse prioritizes her own desires over those of her child. She wants her own time, her own body, her own freedom, and she wants them more than she wants the health benefits her child might gain from drinking breast milk.

Ideologically speaking, she is the whore.

Meanwhile, the mother who nurses in public is also the whore: she makes her sexuality legible on her body, since nursing signals past intercourse. Worse, she puts her desire to move around the social world at will ahead of other people’s desires not to be in the presence of her naked breast. She makes the bus stop indecent, just by being there.

What’s this controversy really about?

It’s not unreasonable to be squeamish about an exposed part of the body usually reserved for intimate contexts. It’s a crime, for good reason, when people flash their genitalia at others in the street. Of course, this sort of exhibitionist act has been criminalized because it’s an assertion of power over another person, and a potential threat.

People don’t feel physically menaced by a breast. What they do feel is ideologically menaced. The woman’s act signifies a refusal to sequester her body, her sexuality, and her motherhood.

The attempt to sequester and regulate women’s bodies have come in many forms throughout history: chastity belts, girdles, keeping women physically separate from men. But the sequestration implicitly asked of nursing women is particularly insidious, precisely because it is so pervasive.

As for criticizing women who don’t choose to nurse their babies, many do so because they’re concerned about the health of the child. This isn’t unreasonable; we worry about the safety of children who flee political turmoil or are afflicted with disease, so it doesn’t seem much of a stretch to worry about the nutrition of one’s neighbor’s children, which often translates to getting worked up when a woman chooses not to breastfeed. But studies have shown that almost all children who are not breastfed will grow up to be just fine, and won’t suffer from obesity or other commonly ascribed dangers of formula-feeding.

Eleanor Johnson is an Associate Professor of English at Columbia University. This article was originally published on The Conversation. Read the original article.