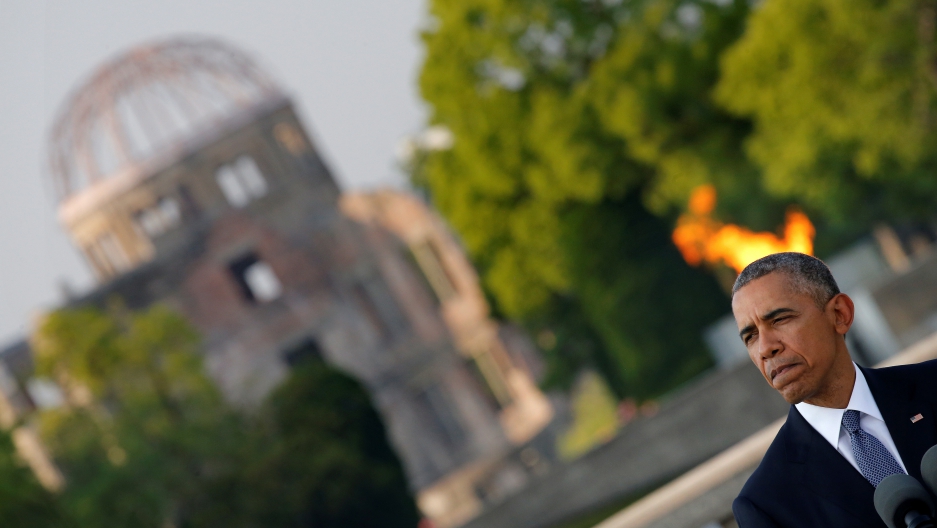 President Barack Obama's visit to Hiroshima and the trip immediately preceding it, to Vietnam, have powerful and historic symbolism. And for Americans who served in Vietnam, and the dwindling band of World War II veterans, the visits have special significance.

We were curious, too, to find out how veterans of more recent US wars were reacting. We reached out to our online veteran community and asked them: "What's your reaction to Obama's Vietnam and Hiroshima trip? And how much do World War II and the Vietnam War shape your worldview?"

Many appreciated the strategic and diplomatic value of the president’s moves.

“It's a different world today and we need to be supportive of each other and those in other countries (that will align with us) in order to survive. I believe Obama did a great service for us all by visiting Vietnam and Hiroshima.”

Aaron Deterding, 38, of Denver, Colorado, served in Iraq and Afghanistan as an Army helicopter pilot. He left the Army with the rank of Captain. He wrote:

"With a grandfather who was a WWII combat vet, both parents Vietnam Era vets, and myself a combat vet of Iraq and Afghanistan, WWII and Vietnam are a part of who I am — a fabric of my being. That said, I've seen the people on the ground, the people who live in all of these places, and to know that we are supporting those people and continue to engage them and make them a part of the global conversation means a lot to me. They are a part of who we are, and as a global community we have to be able to move on from conflicts and learn how to make things better going forward."

Andrew Milone, 34, from Miami, served in Iraq as an Army combat medic and left the Army with the rank of Sergeant. He wrote:

"For the second question, the shaping of my world, Vietnam and WWII absolutely have an impact. WWII stops the Holocaust, establishing the UN in order to prevent genocidal acts around the world, and produced the greatest generation. Vietnam and the sons and daughters of the greatest generation showed us how short our memory was and is regarding extremist government, and the Truman plan to stop the spread of Communism. The veterans were treated horribly by the American populace. I am 34 years old and a veteran. I grew up in the 80s. The vets were still being treated badly. And my great grandfather died in a tank on D-Day. My other grandfather fought under Patton and liberated concentration camps. We donated his artifacts to the Holocaust museum. My world is absolutely shaped by these two world events."

President Obama was careful not to apologize for the US nuclear attack on Hiroshima, but nonetheless several veterans criticized him for his "apology" tour.

“Both wars shape my perspective tremendously. Obama's Vietnam trip is probably long overdue and necessary in light of China's growing threat. But his trip to Hiroshima is a mistake and another example of his need to apologize for America and all it has done to save the world. There is nothing to apologize for. Japan started a war of aggression, killed millions, and the US stopped it as fast as it could.”

“Obama visiting Hiroshima was historic, but misplaced. Apologizing to the Japanese for dropping atomic weapons on them — which did save untold American lives from an invasion of the home islands — is wrong. The world was different then and anyone can armchair quarterback anything. When are the Japanese going to atone for their treatment of Chinese, Koreans, Malaysians, Vietnamese and Filipinos not to mention American, Australian, British and Dutch POWs. It is a well-known fact that firebombing Tokyo killed more people than the atomic weapons ever did in Nagasaki and Hiroshima. Who has given Obama the right to apologize and rewrite history as he sees fit?”