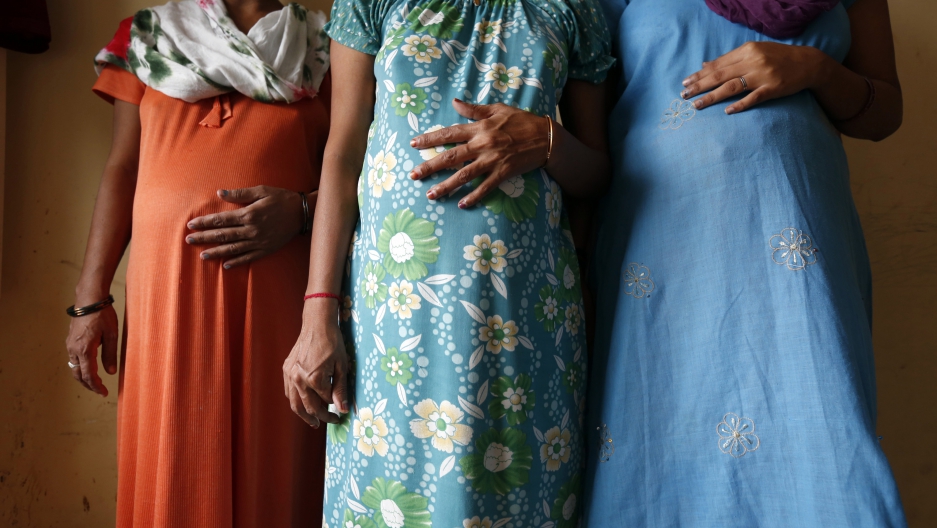 Surrogate mothers Daksha, 37, Renuka, 23, and Rajia, 39, left to right, pose for a photograph inside a temporary home for surrogates provided by Akanksha IVF center in Anand, Gujarat, India on August 27, 2013.

Indian Prime Minister Narendra Modi called on doctors Thursday to give up 12 days a year to treating poor, pregnant women free of charge, in a speech to mark the anniversary of his government's second year in power.

With India facing a shortage of doctors and public hospitals, the premier urged private practitioners to dedicate one day a month to helping pregnant women in rural areas, who often die in childbirth due to poor access to healthcare.

"Can my doctor friends do one thing? On the 9th of every month, if poor, expectant mothers come to you, can you please treat them, care for them and provide medicines to them for free?" Modi told a cheering crowd at a mass rally in northern Uttar Pradesh state.

Stark poverty and poor sanitary conditions are common in many villages in India, which recorded 45,000 maternal deaths in 2015, according to the World Health Organisation.

About 174 women die of pregnancy-related causes in India for every 100,000 live births, compared with just 14 in the United States. 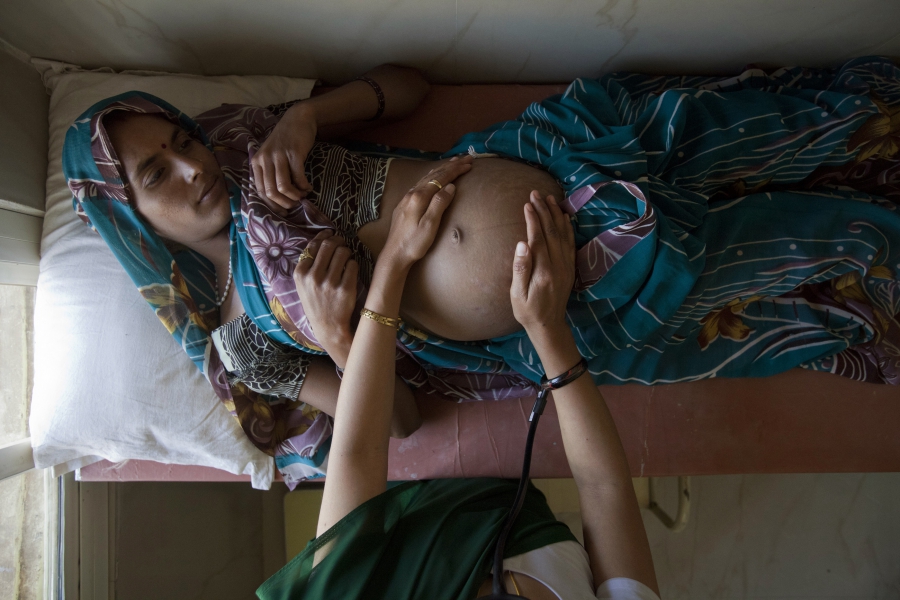 Suman, a 25-year-old pregnant woman, lies on an examination table as a nurse places her examines her during a check up at a community health centre in the remote village of Chharchh, in Madhya Pradesh, February 24, 2012.

Modi also boasted of his right-wing government's graft-free record to date, in a jab at the previous Congress-led government that was embroiled in a string of corruption scandals during its decade in power.

Separately, he also defended his record of reforming India's stuttering economy in his two years in office, but conceded that his government faced "an enormous task ahead."

In a rare interview with the Wall Street Journal published Thursday, Modi said he had set a path for faster growth, including opening up the economy to foreign investment and curbing corruption.

But Modi also said he needed India's 29 states to take up the challenge of reforming land purchasing and rigid labor laws, which businesses have long complained hamper manufacturing and development.

"I have actually undertaken the maximum reforms," Modi said. But, he added, "I have an enormous task ahead for myself."

The Hindu nationalist premier swept to power at elections in May 2014 with the biggest mandate in 30 years, promising to reform and revive the struggling economy. 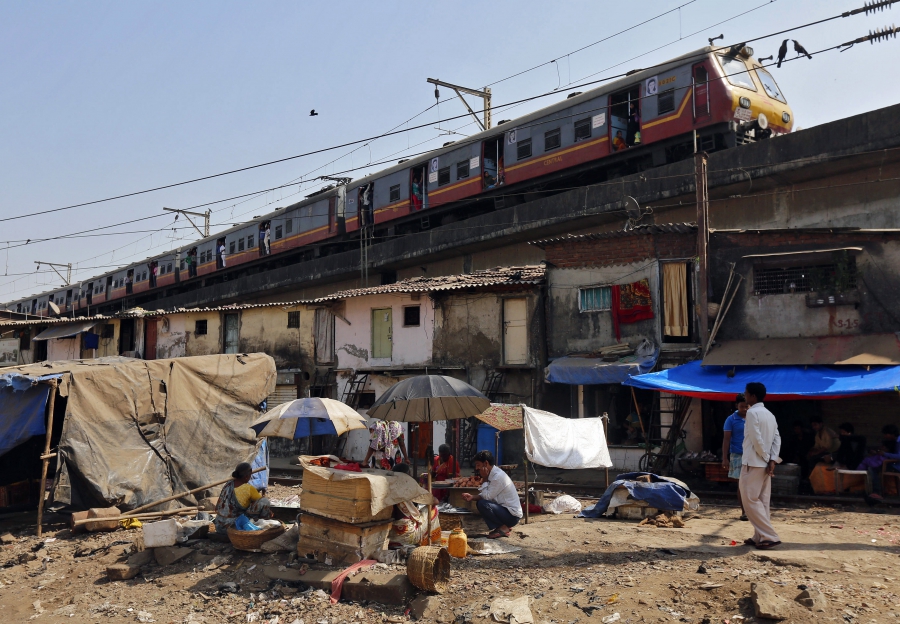 A suburban train passes through a slum area over a bridge in Mumbai February 26, 2015.

Growth is expected to have hit 7.6 percent in the year ending March, sky-high inflation has dropped, the budget deficit has narrowed and foreign direct investment has soared.

But some investors are disappointed with a lack of "big bang" reforms to overhaul the economy that would further help pull tens of millions of Indians out of poverty.

Investors were left deflated after Modi's government failed to push a bill through India's gridlocked parliament to make it easier to buy land for infrastructure and other development.

"When I came to the government, I used to sit down with all the experts and ask them to define for me what is the 'big bang' for them," Modi said. "Nobody could tell me."

Modi, who has formed a close relationship with US President Barack Obama, is set to address a joint meeting of the US Congress next month during a trip to Washington.

Modi said the invitation "is a matter of pride for me" adding that it was an "opportunity for me to address the American people."

Although ties between New Delhi and Washington have strengthened, Modi played down any friction with rival China, pointing to increasing trade and diplomatic exchanges between Beijing and India.