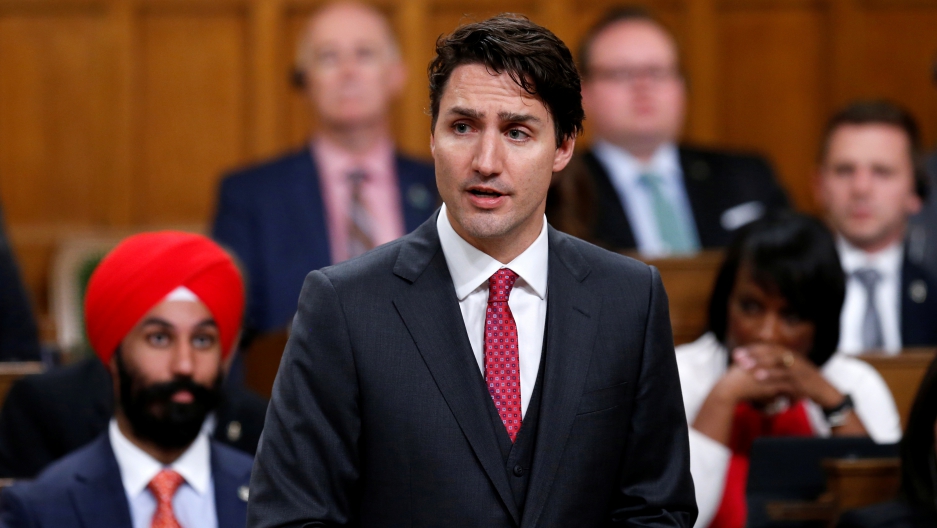 Canada's Prime Minister, Justin Trudeau, delivers a formal apology for the Komagata Maru incident in the House of Commons on Parliament Hill in Ottawa, Canada, May 18th 2016.

Canada's Prime Minister, Justin Trudeau, has apologized in parliament for government actions a century ago. In 1914, a shipload of would-be immigrants from India was roughly handled and turned away. Simply put, the Canadian government of the time wanted to keep Canada white.

“I have to be honest,” says Sukhi Ghuman, a descendant of one of the passengers on the ship, the Komagata Maru, “I was holding back tears during the apology, just being there present inside the House of Commons where I could see first-hand Justin Trudeau giving the apology. It was amazing.”

“It was very emotional,” adds Ghuman, a photographer from Vancouver.

The incident was overlooked for decades, and Ghuman wasn't even aware of it during her childhood.

“I first heard about it 20 years ago when I was a first-year university student,” Ghuman explains. “My Punjabi language teacher had written a poem about the Komagata Maru.”

“I was just floored,” she says, “that such an incident had taken place right in my own backyard, within the South Asian community, and I had not heard about it. I just couldn’t believe that.”

After being returned to India, the passengers — most of whom were Sikhs, and all of whom were British subjects — got into a confrontation with British imperial authorities in Kolkata. Troops opened fire, killing 20. It was September 1914 and World War I had just broken out.

Passengers aboard the Komagata Maru in Vancouver harbor, with photographer James L.Quiney (in uniform)

After learning about the Komagata Maru incident, Ghuman asked her father about it. He knew the story well, but not from school — from his mom. “That’s when he informed me that my grandma’s father was on the boat,” Ghuman says.

His name was Harnam Singh, and he was "one of the fortunate passengers that did make it back safely to Punjab, India." He refused to ever return to Canada, even when fresh opportunities arose. He did however help his daughter move there, through marriage. That was Sukhi Ghuman's grandmother.

The Canadian government of the day faced protests and pressure from workers’ unions, who assumed immigrants from Asia would work for lower wages and take their jobs; and from racial ideologues who argued for the exclusion of non-whites, period. Canada continued with immigration policies that favored whites into the 1960s. 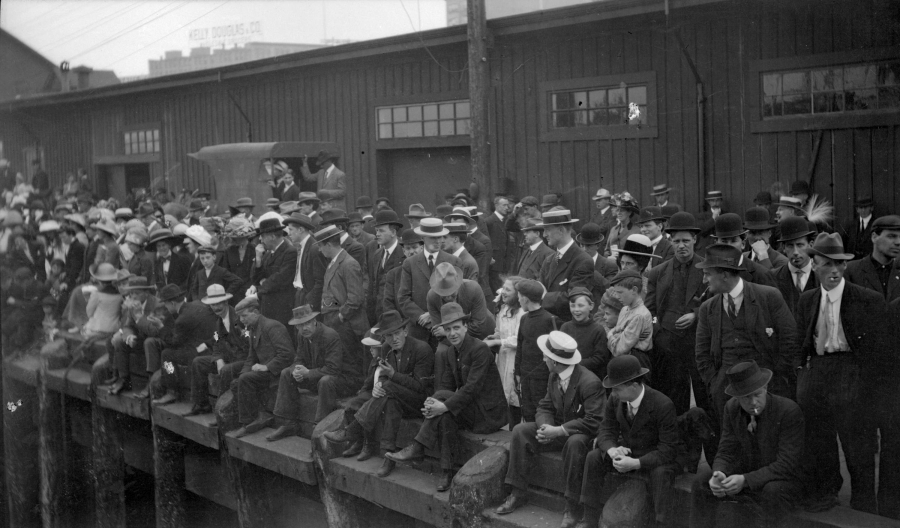 Onlookers on the wharf in Vancouver watching the Komagata Maru

A previous Canadian prime minister, Stephen Harper, apologized for the incident in 2008 at a Sikh cultural event. But the Sikh community has been seeking an apology in parliament to ensure it goes into the permanent record of the House of Commons, which a century ago was passing discriminatory laws.

“I don’t think Trudeau's apology closes the chapter on the Komagata Maru,” says Ghuman. “If anything, I think it increases the awareness and the need for us to continue dialogue. ... Many other vulnerable communities such as migrant communities, those who are trying to seek asylum, as well as temporary foreign workers are currently facing discrimination right here, right now, which is similar to the passengers of the Komagata Maru.”

“An apology doesn’t mean anything if those views still continue,” she says. “We’re affected when our histories aren’t included in school textbooks. We’re affected when fourth- or fifth-generation South Asians are being questioned about where they’re really from” — referring to racial profiling at airport security checks.

“We are all Canadians,” Ghuman says. “We need to take this as an example and move forward and ensure this doesn’t happen to the vulnerable communities trying to come to Canada today.” 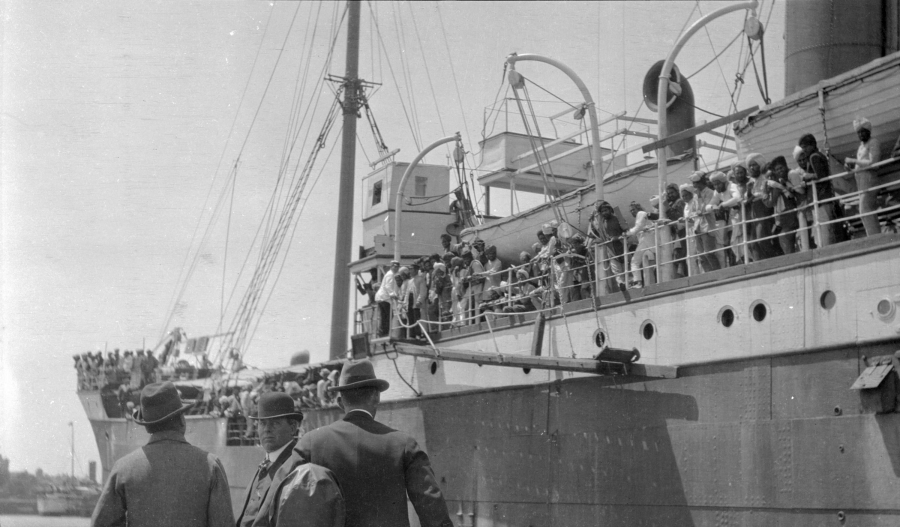 Canadian officials and the Komagata Maru

Correction: A previous version of this story cited the wrong first name of a former prime minister of Canada. He is Stephen Harper, not Paul Harper.