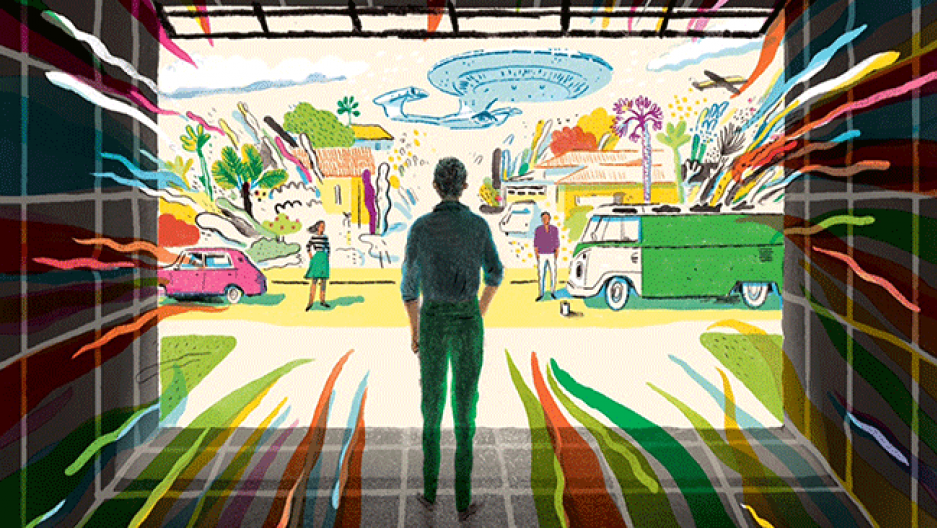 May marks Mental Health Month in the United States and an opportunity to break down stigma about mental illness. And, given that mental illness often first appears in people’s teens, conversations on the subject can be particularly important for youth.

In movies, TV and books, mental illness is often framed as a disease of adulthood, and one of women — think books like Jane Eyre, Sylvia Plath’s body of work, and even "Orange is the New Black." But why is mental illness often portrayed as a women’s issue when overall rates of psychiatric disorders are equal for men and women? And why are teens who experience symptoms like anxiety, depression, and mania often dismissed as dramatic when half of all chronic mental illness starts by age 14?

The way pop culture depicts — or doesn’t depict — mental illness is crucial to the way we think and talk about it. So if teen boys rarely see someone like them dealing with mental illness in the media they may assume that they are the only ones, and be less likely to reach out for help. One study found that girls were twice as likely as boys to be willing to use mental health services. That has big implications not just for teens but also for men, who take “boys don’t cry” into adulthood and tend to avoid psychiatric care throughout their lives.

That’s what makes books that take on the subject of mental health in young men so important. From the 2015 National Book Award-winning "Challenger Deep" — which depicts a boy with schizophrenia — to 2010’s "Suicide Notes," also featuring a male protagonist, a growing number of young adult (YA) novels are shining light on the issue. And John Corey Whaley’s new novel, "Highly Illogical Behavior," is the latest addition to this body of work.

“When I was writing my second book Noggin a couple years ago, I went through a pretty bad anxiety episode,” says Whaley. “I had anxiety for a decade, but I had managed it well. Very much like Solomon [Highly Illogical Behavior’s main character].” Solomon hasn’t left the house in years thanks to his agoraphobia, and when a girl named Lisa descends on his life determined to cure him, a complicated love story unfolds.

But even in the world of YA, where mental health is becoming an increasingly popular topic, there can be inequalities and inaccuracies.

“I have experienced pretty major panic attacks — I know how irrational, unpredictable, and tricky anxiety is,” says Whaley. “But I never read work that really spoke to how confusing and easy to misunderstand anxiety can be.”

When mental health does appear in fiction, authors are more likely to create female characters dealing with mental illnesses: Haley in "The Impossible Knife of Memory;" Kiri in "Wild Awake;" Bailey in "The Sky is Everywhere;" and Wren in "Lovely, Dark and Deep," for example. That’s not an accurate reflection of the mental health landscape for youth, and these trends in fiction perpetuate stereotypes that can keep young men from seeking help in the real world.

Whaley’s not sure why so few boys with mental illness appear in YA literature, but he theorizes that ideas about masculinity could play a role. In a culture of toxic masculinity, real men don’t have feelings, and young men who experience complicated surges of emotion, whether they be extreme anxiety attacks, waves of depression, or intense bursts of anger, aren’t supposed to talk about it. So if young men aren’t supposed to have mental health conditions, depicting mentally ill men in pop culture is an unpopular proposition. Especially when the demographic of YA is heavily female, potentially contributing to a desire for more female protagonists to meet demand for what was once a critical shortage.

Clear about not wanting to be seen as a universal spokesman for awareness about mental illness in teen boys, Whaley still wanted to add to the conversation around the issue.

“How do you explain to someone that you know that your behavior is irrational but you still can’t stop it?” he asked. As more complex young male characters emerge in the genre, he hopes their stories ripple out and help increase awareness of the issue for men and boys alike.

“I hope books like this open up more opportunities for writers to have male characters with mental illness,” Whaley says. “The more people I talk to about mental illness, the more nuanced and individualized I realize it is.”