Times are tough for members of the LGBT community in the former Soviet republic of Kyrgyzstan.

Lesbian, gay and transgender people say they're feeling the impact of a proposed law preventing discussion of LGBT issues in the Central Asian nation that is closely allied with Russia. Gay people in Kyrgyzstan say the legislation has led to an increase in homophobia and hate crimes against their community.

Like LGBT people in Russia, lesbian, gay and transgender people in Kyrgyzstan are being singled out, discriminated against, even outright assaulted. Reporter Andrew North spoke with many people from the LGBT community in the Kyrgyz capital of Byshkek, and he wrote for .Coda about one particular horrific attack that would certainly be called a hate crime in the US. 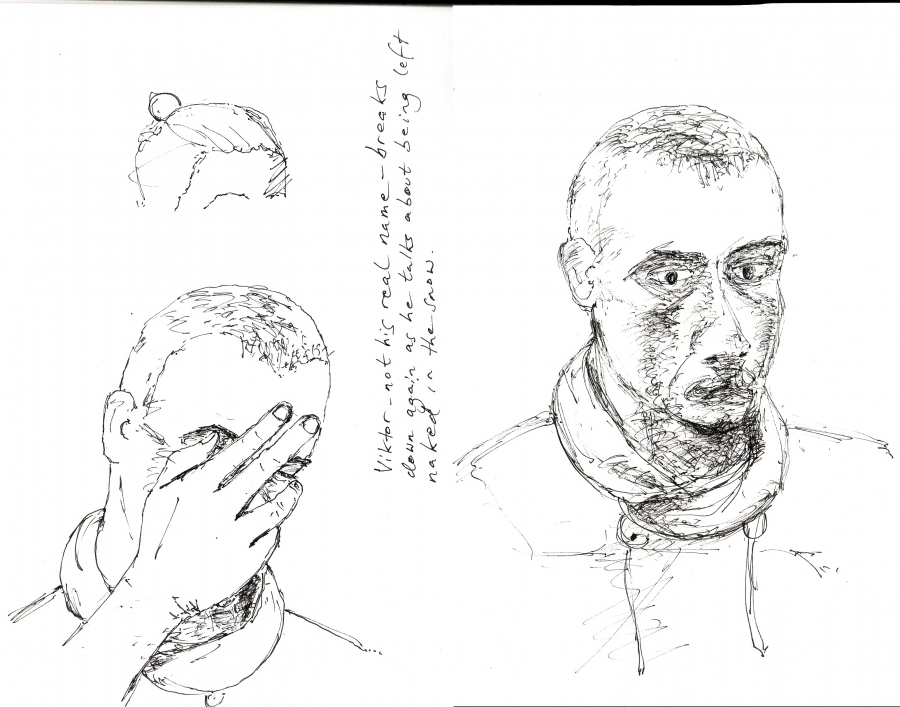 Viktor was violently assaulted for being gay.

A gay man, who North referred to as Viktor, was tracked down, beaten, brutally raped and left for dead by three Kyrgyz men. "And the whole time," North wrote, "they were shouting abuse at him, saying that they had warned him they would come and find him, and they made it clear to him that they were attacking him because he was a gay man."

And this isn't an isolated event. North, who is based in the Caucasus region, says gay people in Kyrgyzstan are increasingly under threat.

But that wasn't always the case.

At one point, in the early days of the Afghanistan War, the US even maintained a large military base in the country. But increasingly, Russia's influence on the nation has been amplified.

"Certainly compared to the rest of Central Asia, [Kyrgyzstan] was seen as a relative beacon of tolerance. That's not to say it was an easy place to be a member of the LGBT community. They knew, certainly, to keep their heads down. But there were several gay clubs in Byshkek." No more. 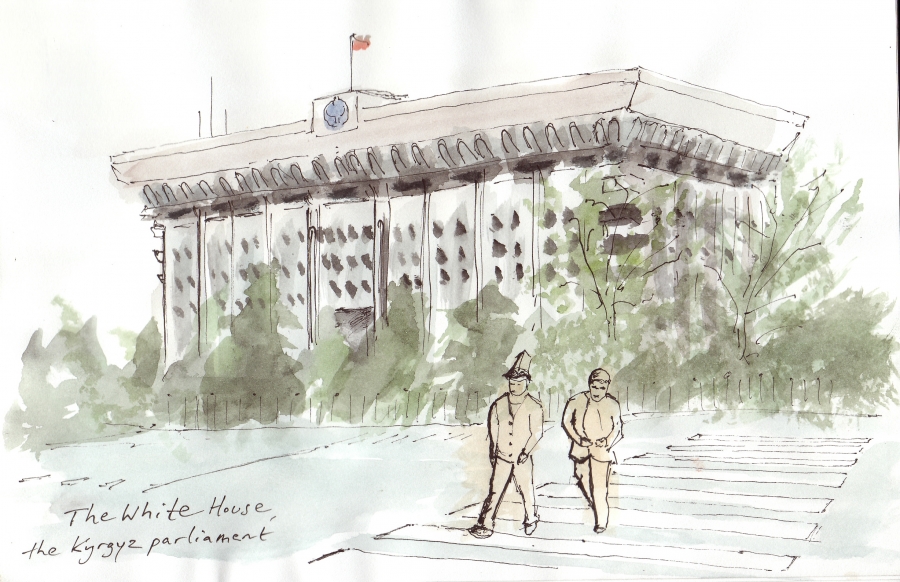 And the proposed legislation that has legitimized gay-bashing, without even becoming law, has made the situation even worse.

"This man, Viktor, and many others said they suddenly found that they were being singled out and victimized in a way that they never had been before, as a result of what's known there as the 'anti-gay propaganda law,'" North says. While some politicians have withdrawn their support for the bill, the impact of the legislation is already serious — and potentially lethal. The LGBT people North interviewed in Byshkek say that the public conversation there has shifted. And tolerance is a thing of the past.

"In effect," North says, "the proposed legislation created a fake issue. It created, in the words of Viktor, this idea — 'permission to exterminate' were the words that he used — and so legitimized attacks on the gay community." 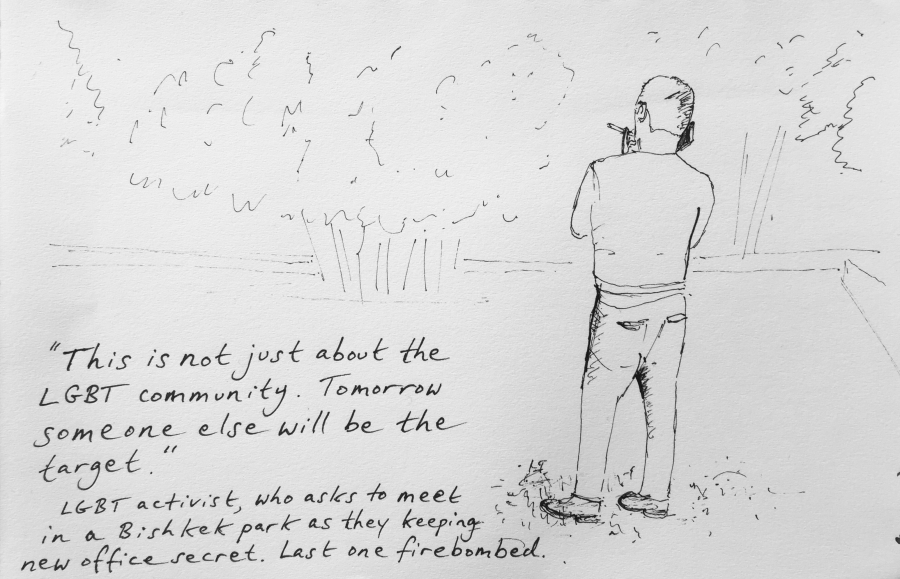 Activists in Kyrgyzstan have to be careful what information they reveal.