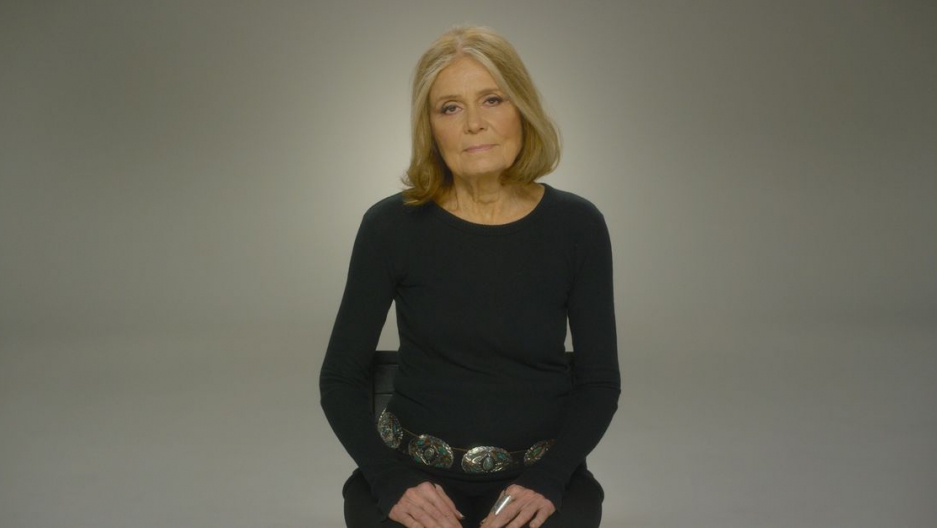 Iconic feminist pioneer Gloria Steinem has been an outspoken champion of women's rights for more than five decades, and at age 82, she's showing no signs of slowing down.

Steinem is the host and executive producer of the new VICELAND series "Woman," which traces the link between violence against women and social instability across the globe.

“There is so much violence that there are fewer females on Earth than males, which is probably for the first time [in history],” she says.

Shane Smith, the co-founder of VICE, heard Steinem explain how violence against women is directly connected to the brutality that’s at the heart of the most pressing conflicts of the 21st century while attending a Google conference. From there, an idea blossomed.

“He was very struck by that, and very moved by that,” she says.

Steinem and her team travelled around the world to show that violence against women is a predictor for other kinds of societal violence and armed conflict.

“If you look, for instance, at terrorist groups, and I think we and other countries are trying to decide who to deal with in Syria, the best indicator is: Are women present? Are women part of those groups? How do they treat women?” she says. “If we look at terrorist groups, we will see that in the extreme, they are especially brutal to women, and that is their shared characteristic.”

In one episode, the series travels to the Democratic Republic of the Congo to show how rape has become a weapon of war as rival groups fight over the nation’s abundant natural resources.

“I think we saw it also in Bosnia and in all the conflicts of the former Yugoslavia,” she says. “It was a conscious tactic, and to the degree that soldiers are told to rape by their commanding officer. And that’s not new — it’s part of the conquering and humiliation process, and also the idea of taking over the means of reproduction of the adversary. It’s just very, very basic.”

But violence against women isn’t just happening in far away places.

“Domestic violence in this country has killed since 9/11 — if you take the number of [Americans] who were killed in 9/11 and in two wars in Iraq, and in the 14-year war in Afghanistan — more women have been murdered by their husbands and boyfriends in the United States in that period of time than [the number of Americans who] have been killed in all of those incidences of terrorism and wars,” Steinem says. “We are not exempt here by any means. If all of us could raise one generation of children without violence, we don’t know what might be possible.”

Steinem says she hopes her new series will give people the “opportunity to be a witness.”

“When we're in trouble, you or I or anybody else, we don't want to think that no one knows — we don't want to feel invisible,” she says. “So [the series] offers the opportunity to people who otherwise could not go to the DRC, or there's another one about women in prisons in this country, or about native Canadian women, it offers a chance for them to be present, and for people in that situation to know that they are being seen. ”

Watch a trailer for "Woman," which airs on VICELAND.