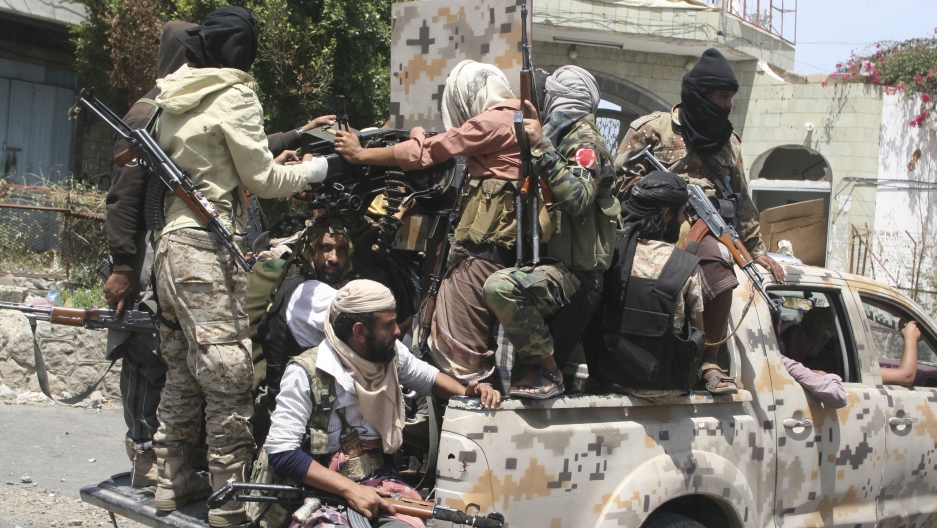 The United States and the Yemeni branch of al-Qaeda are sworn enemies. But along one battlefront in Yemen's civil war, they're fighting on the same side.

The ancient city of Taiz is at the heart of Yemen's civil war, and despite efforts to maintain a ceasefire elsewhere in the country, fighting goes on in and around Taiz. The city is surrounded by an armed insurgent group known as the Houthis, who, with support from military strongman Ali Abdullah Saleh, took control of much of Yemen in 2015.

Defending Taiz from the Houthi fighters are forces of the US-supported, Saudi-led coalition that includes ground troops from the United Arab Emirates and fighters loyal to Abdrabbuh Mansour Hadi (the Yemeni president who fled the country ahead of the Houthi tide). But there are also local militiamen and fighters from the Southern Movement — a secessionist group — and in recent months, fighters from Ansar al-Sharia, better known outside Yemen as al-Qaeda in the Arabian Peninsula. Each group wants to remove the Houthis.

But because the groups have disparate goals, the battlefront can be a confusing place. "It's all very, very complicated," says filmmaker Safa Al-Ahmad. "So I wouldn't say they are allies. But they definitely have shared enemies."

Al-Ahmad brought her camera to the center of Taiz in December 2015 to chronicle the depth of the humanitarian crisis after a year under siege. 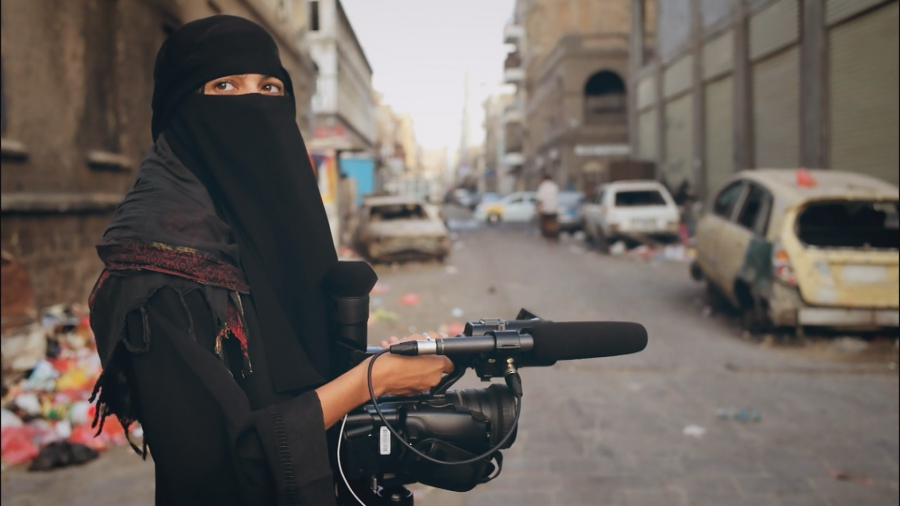 Just getting to Taiz meant crossing a complicated array of battle lines that could change every day. "There are many checkpoints manned by al-Qaeda, so obviously not a good place to pass. But also, we couldn't pass through the Houthi checkpoints, because they are not friendly to journalists at all."

Al-Ahmad worked her way to the frontline, where she filmed for an hour and saw the loose aggregation of anti-Houthi forces working together. It included members of the Saudi-led coalition and the Yemenis who'd accompanied her from Aden, who admitted that it was challenging for them to be fighting alongside al-Qaeda.

"They were quite confused by it," Al-Ahmad recalls. "When they were talking to me, it was like 'Who are these people?' And they were saying 'Oh, these are Ansar al Sharia — as in al-Qaeda in the Arabian Peninsula — and they're worse than Daesh — Daesh is ISIS.' So he was just trying to say that he didn't agree with their ideological reasoning for fighting, but they're all fighting nonetheless."

So, because of its links to the Saui-led coalition, is the US somehow allied with al-Qaeda in Yemen?

"No," Al-Ahmad says emphatically. "How do you explain the realities of Yemen when you hear al-Qaeda are on the frontlines trying to break the Houthi siege on Taiz. And there are all these other elements there fighting to break the siege as well," she says.

"But that doesn't mean that they agree."