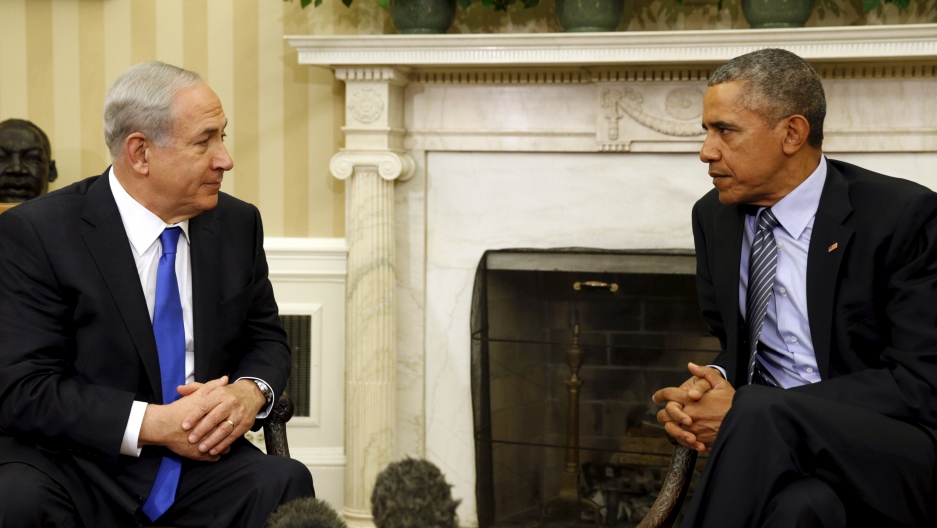 Though their negotiations are not public, the strained relations between US President Barack Obama and Israel's Prime Minister Benjamin Netanyahu are not so private.

Their latest disagreement: the terms of a US military aid package for Israel. Israel wants more than a proposed $40 billion over 10 years — even though it's reportedly the largest aid package the US has ever offered another country.

"Israeli leaders and defense officials are providing all kinds of anonymous quotes to Israeli media about how really they need roughly $5 billion a year to maintain the qualitative edge," Fryer-Biggs says.

"They don't want to do that publicly because if they do and they get less than the $5 billion, which seems likely, then they have on the record indicated that they are no longer going to be able to maintain an edge. So what they're trying to do is pull other levers to convince the US to go above what the initial offer seems to have been, which is $40 billion."

But that's still a huge sum. So why would Israel reject it? With greater US arms sales going to Israel's neighbors, Netanyahu has an argument for the need to protect his country.

"A number of other countries in the region have had their military capacity increase in recent years," says Fryer-Biggs. That's because the US is selling those countries more weapons.

But Fryer-Biggs maintains that Israel's ability to play hardball when offered a historic aid package is more about domestic US politics than security concerns.

"I'm not sure the US fully needs Israel from a military perspective, but from a political perspective no US leader can possibly try to run the country without the notion that they are firmly supporting Israel."