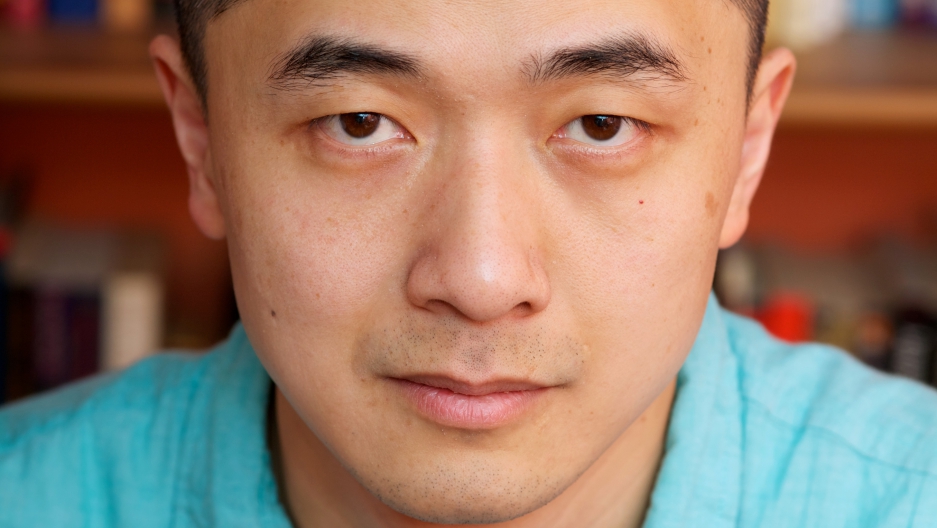 By day, Ken Liu is a legal consultant who lives in a suburb of Boston. But on nights and weekends, he's a storyteller — and he's inspired by literature from all across the world, not just from his country of birth.

Liu grew up in Lanzhou, China, where he had a childhood ritual. Each day, when school let out for lunch, he'd run home. “I needed to get home in time to hear the new radio broadcast with my grandmother,” he remembers.

“These are the oldest epic traditions that I became familiar with, these stories of ancient heroes,” Liu says. “They're very influential in the way I think about storytelling.”

Today, Liu is 39 years old, a graduate of Harvard, and a former Microsoft programmer. And in his free time, he publishes science fiction and fantasy stories.

“Most of the time these days, I do my writing on the train, between Stoughton and Boston,” he says. “It's about a 45-minute ride each way, which is just enough for me to write 500 words or so.”

Liu has published dozens of stories, a collection and a novel called "The Grace of Kings." One of his stories, “The Paper Menagerie,” is narrated by the American son of a mail-order bride from Hong Kong. It's a story about family, tradition, cultural assimilation — and magical origami. It went on become the first short story to sweep all three of the top sci-fi literary prizes: the Nebula, the Hugo, and the World Fantasy Awards.

More recently, Liu has become a translator. It happened by accident. “A friend of mine in China emailed me one of his stories,” Liu says. “I read it and said, this is accurate, but has not any of your suppleness, your grace. So he asked me to see if I can do something to make it better.”

Liu found the challenge both fascinating and creative. Translating fiction requires not only careful attention to both languages, but also subtlety and artfulness. “Translation is an act of recreation,” he says.

In 2015, his translation of Liu Cixin's "The Three-Body Problem" won the Hugo Award for best novel. No translated novel had ever done that before.

These days, Liu's own fiction draws on many traditions at once. He's inspired by American and Chinese sci-fi, Greek mythology, and of course, pingshu epics.

“This cross-cultural fertilization can pull up interesting sparks that you wouldn't see otherwise,” Liu says.

But when he's asked if his fiction occupies a space between two cultures, Liu pushes back.

“No, I don't,” he says. “I think the narrative of people being caught between two cultures as immigrants is very harmful. It's exclusionary. It essentially tries to argue that some Americans are more real than others.”

“My fiction occupies, actually, the very heart of American culture,” Liu continues: “this eternal question and struggle, of what it means to be an American.”