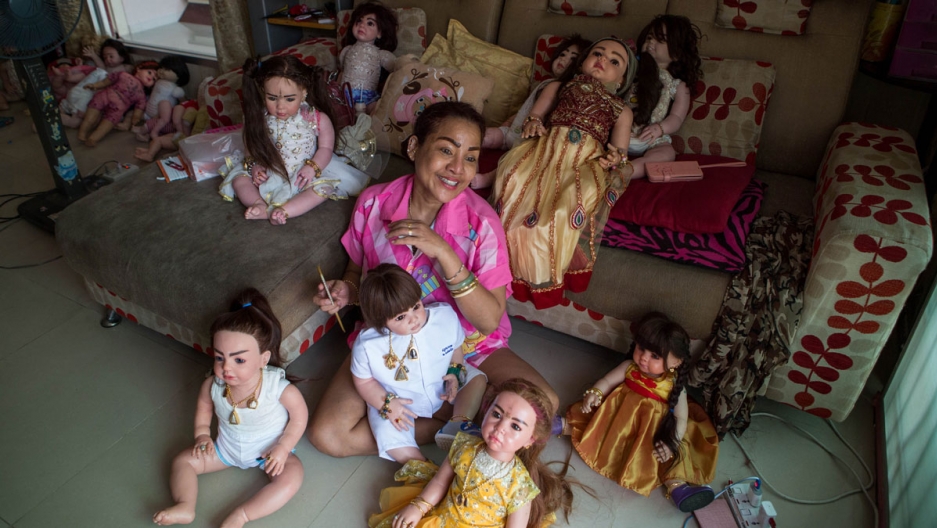 Mama Ning in her home.

On the streets of Bangkok they can be seen in the arms of women, children and some men. They go everywhere a family member would go.

They even have their own menus at restaurants and receive blessings from monks. But these "child angels" aren't human — they are large life-like dolls known in Thai as "luk thep." 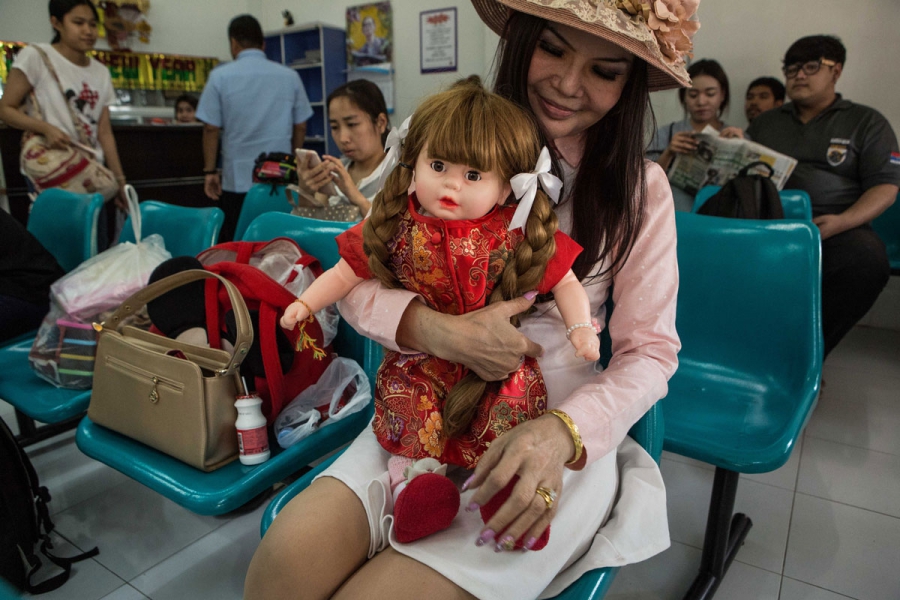 A woman waits at a bus station in Nakhon Sawan, Thailand with her luk thep named Diamond Woman.

"The belief is that having a luk thep doll and looking after it will bestow upon you good fortune," says Adam Ramsey, a journalist based in Thailand who has written about the luk thep craze.

The woman believed to have started the trend is Mama Ning, a collector of dolls who claims to be a psychic medium. Ramsey says that Mama Ning was having trouble with her business selling knick-knacks before she started the fad. 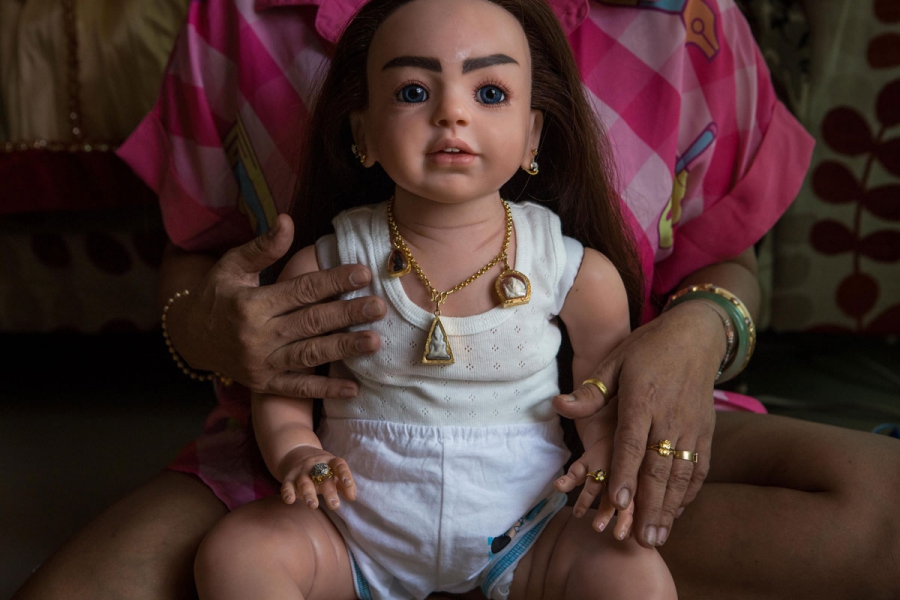 "She says that one day she sensed that one of her dolls was reaching out to her and promising that she would help Mama Ning. So she gave the doll a name, she began dressing it up and her business boomed."

Now people pay anywhere from $50 to $1,500 for a doll. When they buy a luk thep from Mama Ning, she interviews them first. 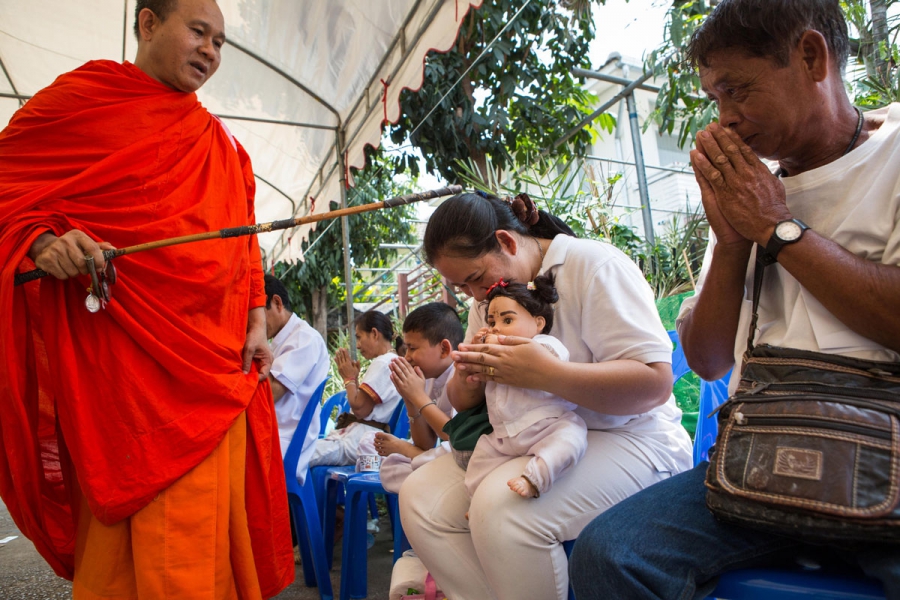 "She says she can sense when a doll is gelling with somebody," says Ramsey. And at that point the doll is "adopted."

But not everyone is a fan of the craze. At least one prominent monk has declared luk thep anti-Buddhist, The Atlantic reports, while a hotel owner banned the dolls from his resort out of fear guests would find them creepy.

Ramsey's not sure why people in Thailand are so attached to these human-like dolls, but says maybe they provide some comfort during rough economic and political times.

"Perhaps people are looking for a little bit of stability," he says. "Something in their life that gives them that sense that things are going to be all right." 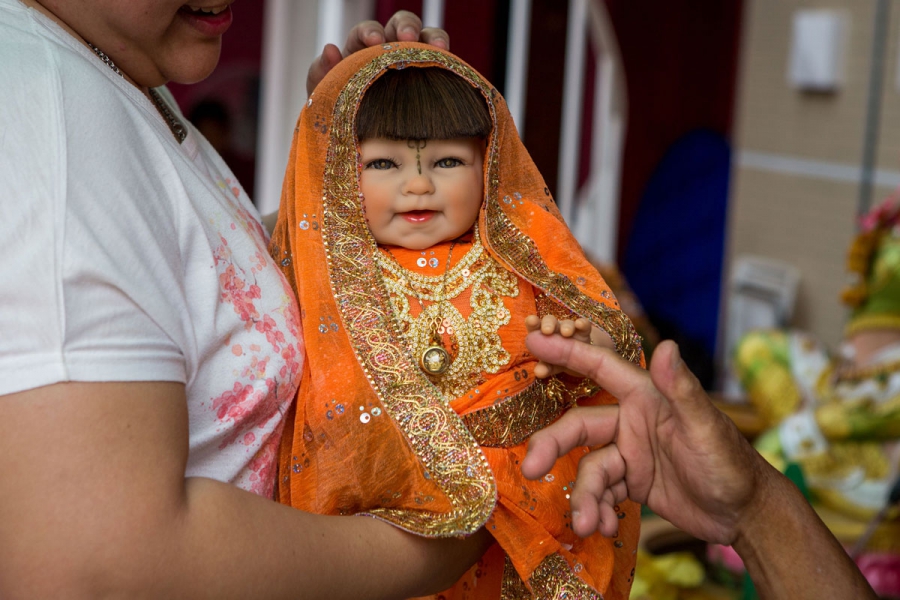 Luk Thep Yuri with her owners, a daughter and father. 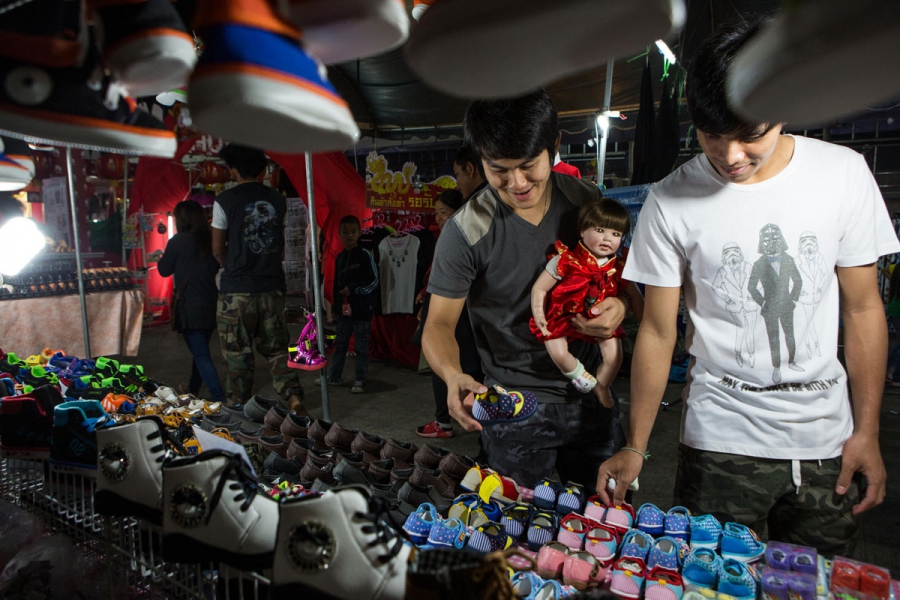 A couple shops for shoes for their doll at an outdoor market.