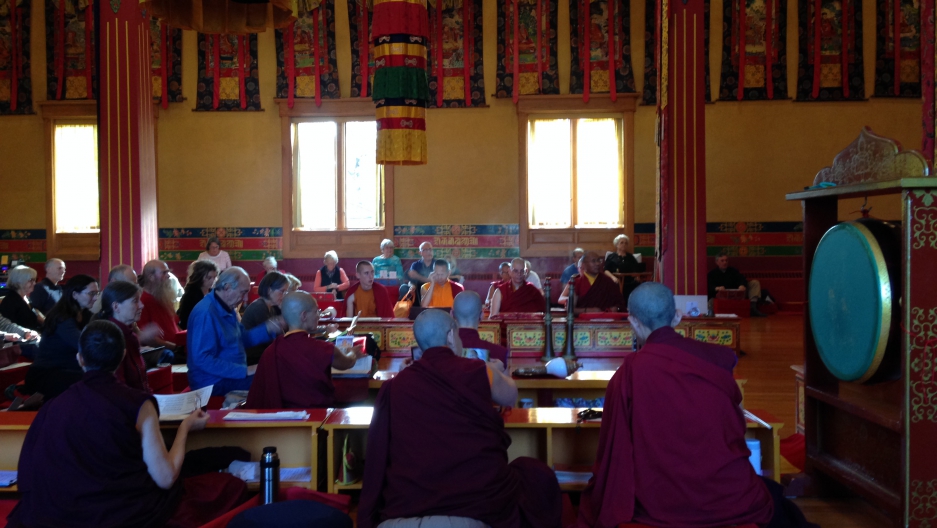 Founded in the mid-1970s in Woodstock, New York, the monastery was built to answer the “sincere supplication of students in the West who yearned for an authentic Tibetan Buddhist monastery for the study and practice of the Buddha's teachings." Along with others like it in the US, it seeks to spread the teachings of the faith through classes, retreats and meditation.

As is the case with many religions, Buddhism morphed and evolved as it moved around the world. Tibetan Buddhism, with its intricate decorations and complex liturgy, is just one of a number of different subdivisions of the religion. For example, Zen Buddhism is austere and silent; Theradva Buddhism places an emphasis on studying ancient texts; and Pure Land Buddhism eschews long rituals in favor of focusing on virtues.

Buddhism in the US looks slightly different, too. Its teachings are shorter and practitioners are encouraged to ask questions.

“Most of the laypeople, they just want to practice short and sweet, and before they're dead, you know?” says KTD president and teacher Khenpo Karma Tenkyong.

In Zen Buddhism, there’s little significance given to death; when you die, you’re simply gone. But Tibetan Buddhism’s fixation on death and the preparation for dying is particularly appealing to Westerners, who like an element of control over their own destiny — what’s known as karma in the Buddhist tradition.

“When we die, when we need someone, nobody's there, so that's why they want to practice,” Khenpo Tenkyong says.

Lama Karma Drodul, another of the monastery’s teachers, concurs, saying Western practitioners can be impatient.

KTD is a flourishing Tibetan Buddhist center where hundreds of people come to learn and worship. A much smaller subset of these visitors takes the training to become Lamas. The training is an intense, three-year commitment, when the students don't see family or friends. While most Western practitioners of Tibetan Buddhism don't choose this path, 13 Lamas graduated from the retreat this year. 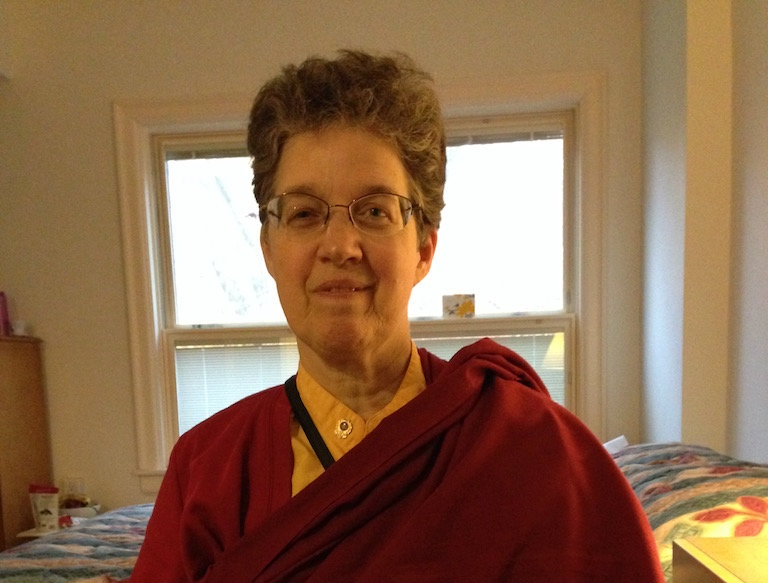 In 1976, Kathy Wesley, a 62-year-old owman from the Midwest, completed the retreat. She now leads a Tibetan Buddhist center in Columbus, Ohio.

All of the Buddhist practices stem from the same core ideas, but part of Wesley’s job as a Lama is to adapt the teachings for the West. She uses glossaries and handouts to define and explain ideas.

Khenpo Tenkyang has only been in the US for a year and a half, but he feels that just as Buddhism has always adapted to different cultures, it won’t be much longer before Tibetan Buddhism becomes American Buddhism.