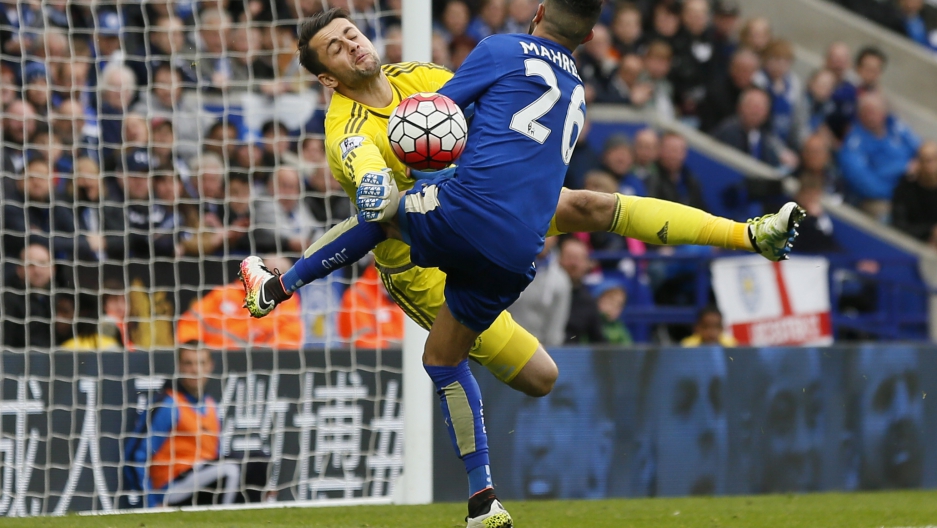 Imagine if your favorite sports team did something incredible.

Now, imagine if you couldn't explain to your friends what makes the team's accomplishment so great.

Well, that's what life is like for many Brits who are watching Leicester City, a soccer team in England's Premier League, storm to first place.

"This is a classic underdog story," says Tom Geoghegan with the BBC. "These guys were 5,000-1 odds at the bookmakers at the beginning of the season to win the Premier League."

Last season, Leicester, pronounced "Lester," was at the bottom of the league. It was known for several of its players filming sexual escapades in foreign countries.

The team came up from Britain's third division a couple of years ago. "It's like a Double-A baseball team managed to magically find its way to the major leagues and then win a World Series," he says.

According to Geoghegan, people are saying this is the greatest team achievement that's ever happened in the world. This ain't hyperbole. The team payroll is less than other teams pay a single player. They barely touch the ball. In its last game, Leicester had possession for 35 percent of the game and managed to win 4-0. They play counterattack soccer. Picture a Hail Mary on every play. Or instructing all your baseball players to swing for the fences on every pitch. It's completely unthinkable. And it's completely entertaining to watch.

And Geoghegan says this entire run could be traced back to a king. "Richard III's body was dug up from a car park in Leicester," he says. "It was put into a cathedral. And this plays into the rise of the football club. They mark their reversal in fortunes to the time Richard's body was finally laid to rest."

"There could be some kind of intervention from the grave."