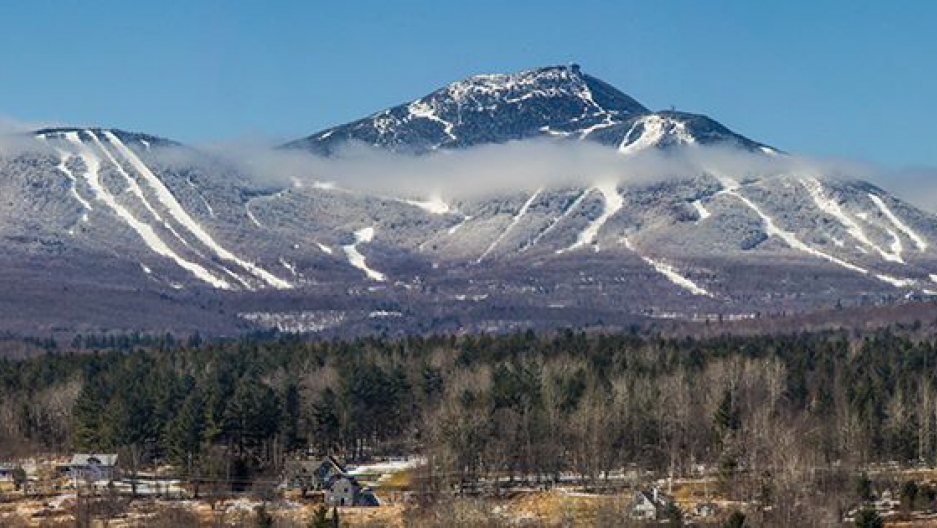 Jay Peak,  a northern Vermont ski resort, is at the center of a multi-million dollar financial scandal now under federal investigation. The owners of Jay Peak have been caught in a  "Ponzi-like" scheme, with 50 million dollars of their foreign investors' funds spent on  personal expenses, according to  U.S. financial regulators.

Vermont is embroiled in what's being called a massive Ponzi scheme.

Two developers who brought foreign investment to an impoverished part of Vermont are now accused of misusing hundreds of millions of dollars. The money came from more than 700 foreign investors hoping to get a special visa through the federal EB-5 program.

Now everything's come to a crashing halt. Locals are angry and Vermont state officials who backed the project are feeling betrayed.

To appreciate how a dramatic a turn things have taken, go back in time to 2008. The Great Recession had descended across northern Vermont. Back then, two American businessmen behind the project, Bill Stenger and Ariel Quiros made big promises to bring a huge infusion of investment, paid for by foreign investors.

“The vision was originally for about $800 million worth of projects that would have completely changed a very small town up on the Canadian border,” says Anne Galloway,  a reporter for Vermont Digger, an online news site about state politics in Vermont. “It was designed to re-develop two ski resorts in the Northeast Kingdom, which is this region of northern Vermont. They also wanted to build a biotech center and the idea was to create thousands of jobs, as many as 11,000 altogether, and they were going to infuse cash in the region through investments from foreigners who want green cards.”

The business plan was that eventually the investors would be paid back through either the sale of the properties or through timeshare rental fees. But the two businessmen behind the projects were last week accused by US financial regulators of misusing almost half of the money that they received from the investors.

A federal judge in Miami froze the assets of Jay Peak and his related businesses. The Securities and Exchange Commission investigator alleged that the two developers raised $350 million from investors for projects including new resort facilities and a biomedical research facility, but spent the new funds on old projects that had gone over budget.

Stenger: ‘I didn’t think anything wrong was going on’ | VTDigger https://t.co/c3t4LGptKO

As for the 700 foreign investors from more than 70 countries (including Britain, China, South Africa, Japan, Vietnam and Taiwan), in exchange for at least $500,000, they were supposed to get Green Cards and, eventually, permanent residency in the US. That’s the way the EB-5 VISA program works. It’s designed to put money into rural areas and areas with very high unemployment rates, says Audrey Singer, a senior fellow with the Urban Institute.

"One of the basic goals of the program is to infuse local areas that are in need of economic development with new economic activity and jobs," she says.

But, instead, the money has often been used in cities such as New York, Dallas and Chicago to build large hotels and other mega real estate projects where it does not meet the objectives of the program.

"The program often misses the mark in terms of its economic development goals in terms of where the projects are located," she says "The way a targeted area can be defined is quite loose."

Singer says better oversight is needed to make sure that the money is used to help underserved communities.

"There are lot of people in the business who develop unscrupulous practices."

That appears to be an understatement. Those two key American businessmen are accused of mismanaging more than $200 million raised from foreign investors.

"The alleged fraud ran the gamut from false statements to deceptive financial transactions to outright theft," said Andrew Ceresney, director of the SEC's division of enforcement.

One of the businessmen is also accused of stealing $50 million and of using the investor funds as a personal piggy bank.

“People are stunned.” That’s how Galloway describes the reaction from residents in the rural, and economically poor town of Newport where a bio-tech center was to have been built.

“People in the Northeast Kingdom are really poor and they really wanted these projects, they really believed it was going to happen. The developers did complete some of them and so I think there faith that eventually the projects in Newport would come about. But people are outraged and upset and really kind of just shocked.”