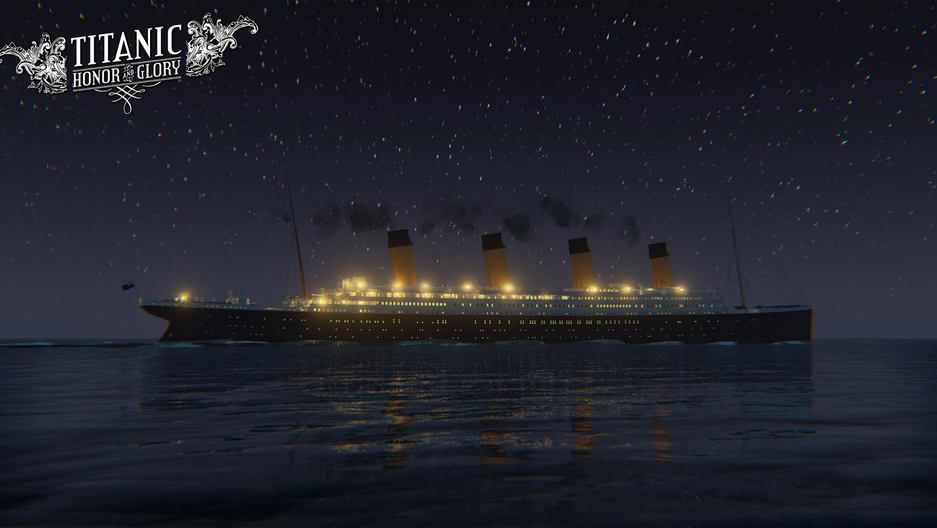 A shot of the Titanic from "Titanic: Honor and Glory"

It’s hard to imagine what it felt like to be on the RMS Titanic after the ship struck an iceberg in the Atlantic Ocean more than a century ago.

But a new game aims to put you as close as possible.

The game, called "Titanic: Honor and Glory," follows a fictional character named Owen Robert Morgan, a 23-year-old student who finds out that he’s a prime suspect in an investigation for a series of international crimes.

He discovers that the true perpetrators may be fleeing Europe aboard the Titanic, so he takes chase to try and prove his innocence.

But when the ship hits the iceberg, the game turns into a race against the clock. It’s a fictional story, but Thomas Lynskey, the writer and director of the game, says what actually happened is equally fascinating.

“I think it’s a perfect story,” he says. “Everything that could go wrong, did go wrong. It’s got elements of hubris. It’s got bravery, it’s got cowardice. You can take anything you want from the Titanic story.”

The game hasn’t come out yet; Lynskey and his team won’t have a firm release date until they get all the funding they need, but they recently released a two-hour-and-41 minute real-time animated video of the ship sinking to drum up support.

Lynskey says he wants the game to be entertaining and exciting, but he also wants to teach people about what actually happened that night in a more understandable way.

For instance, he says, you might hear a story of someone walking down a hallway while the ship was sinking. But moments later, they turn around and run up a flight of stairs.

“You don’t quite know why when you read that story, but when you see it in a 3-D and you see the timeline being played out, you realize there was water down at the other end of the hallway. You see that that was why,” he says.

The goal? To understand why people made the choices they did that night.

As part of the project, Lynskey and his team are speaking to relatives of victims and survivors. People have even begun finding them.

“They're all really happy to share these stories and photographs with us and help us integrate their stories — once we've proven them true — into this project. It helps us expand and helps us gather some knowledge which has never really been publicly known before."

Lynskey says most of his work hasn’t been on the ship itself, but on Southampton, the town that the ship sailed from. At the beginning of the game, players can explore the port town and see recreations of buildings that haven’t existed for decades. Lynskey says that part of the story is really important.

Southampton is the last place that many of the passengers and crew spent their last days on land, and Lynskey says it's been some of the most exciting work he's done on the project.

"We feel like it's our little way of showing that this is not just about a cool ship, or some exciting story that happened on the ship, but it's about the people. It's about those who were on it, those who survived, those that didn't. This is about humans," he says.