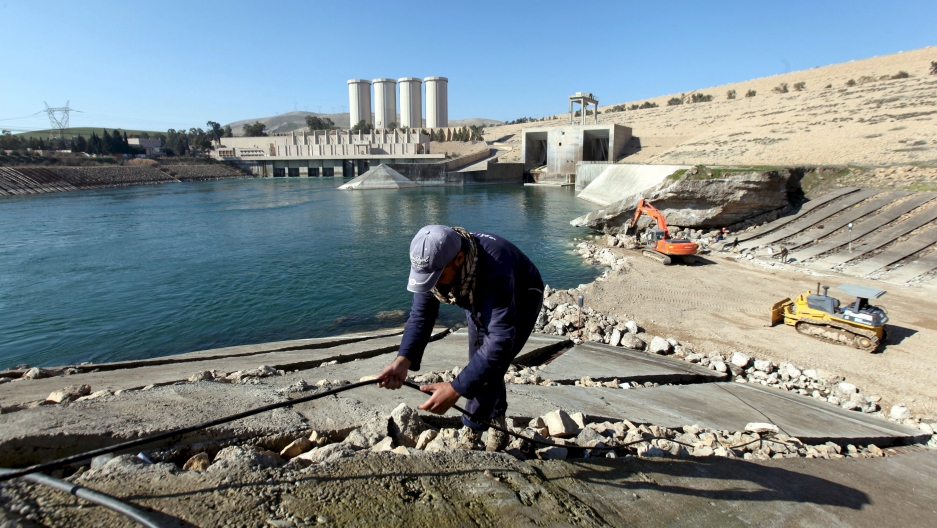 An employee works at strengthening the Mosul Dam in northern Iraq, in February 2016.

Amina Mohammed has lived in the village of Wana on the banks of the Tigris River her whole life. She was here during the years of Saddam Hussein and the US war. She’s even lived under ISIS.

“They surprised us one afternoon,” she says, recalling the day ISIS swept into Wana in 2014. “They just entered the village.”

Early last year, Kurdish Peshmerga fighters pushed ISIS out of Wana with the help of US airstrikes.

But a potentially bigger threat looms just six miles upstream — the deteriorating Mosul Dam, which is holding back billions of cubic meters of water.

In February, the US Embassy in Baghdad issued a warning to American citizens about the possibility of the dam’s collapse, on top of its already stern warnings about travel to Iraq.

The US says the dam is at risk of bursting this spring, sending a flood down the Tigris that could wipe out villages and kill hundreds of thousands of people in a matter of hours.

“I wasn’t scared of the water before,” Mohammed says. “But then I heard the news about the dam. Now I’m terrified.” 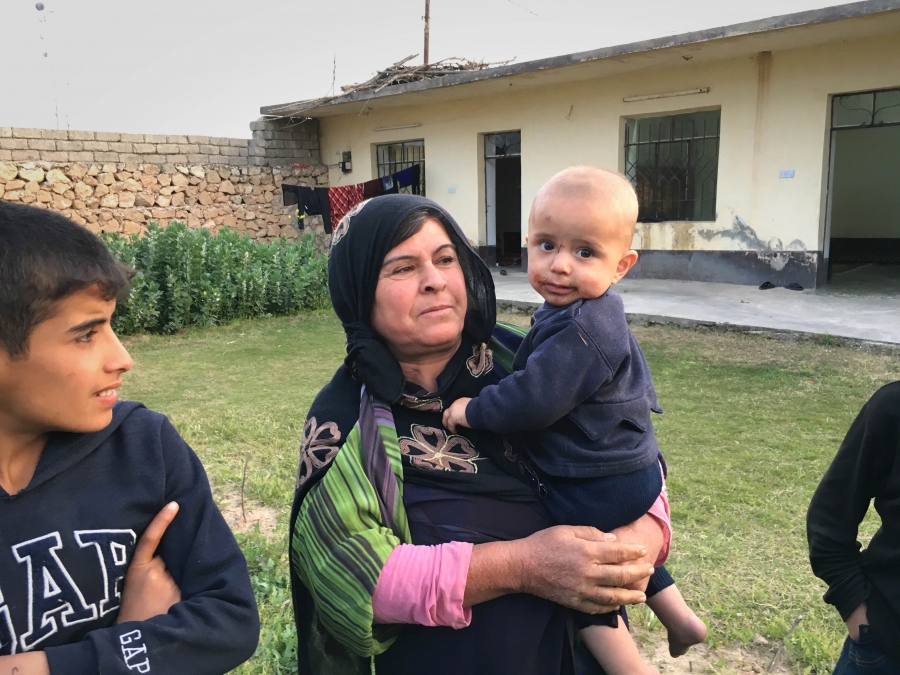 Amina Mohammed outside her home in Wana downstream of the Mosul Dam, which engineers warn is in danger of bursting.

Upstream at the dam, workers are doing maintenance 24 hours a day, seven days a week. They have to, just to keep it intact.

The Mosul Dam isn’t even that old. It was built in the early 1980s, one of many grand infrastructure projects rolled out by Saddam and his Baath Party. From the outset, there were problems. The riverbed here is composed of unstable soft soil and gypsum, a mineral that dissolves as water runs through it.

In 2006, the US Army Corps of Engineers called it "the most dangerous dam in the world.” Now, cracks form daily in the structure, requiring constant grouting to keep it from collapsing.

Aquil Muslim, an Iraqi engineer, oversees the maintenance. His office is a big wood desk, down a tunnel hundreds of feet inside the dam, where water pools on the floor.

“It takes a 100 people, engineers and workers,” he says, to keep the maintenance going.

Some of the cracks are small, but others take up to 50 tons of concrete to fill.

“This maintenance is not optional,” he says.

But the work stopped for several months when ISIS seized control of the dam in 2014. They held it for less than two weeks. But even after Iraqi forces and Kurdish Peshmerga reclaimed the dam, it took months for the work to start up again. That may have created a permanent weakness in the structure, according the US government.

Baghdad has signed a contract with an Italian team to help with emergency repairs. They’re due to arrive later this month. But Aquil Muslim and other Iraqi officials here say the warnings are overblown.

“The media tends to exaggerate,” says Muslim, “but we assure people everything is fine.”

US officials don’t see it that way. And in February they warned that 500,000 to 1.47 million Iraqis who live along the Tigris “probably would not survive” a dam collapse. 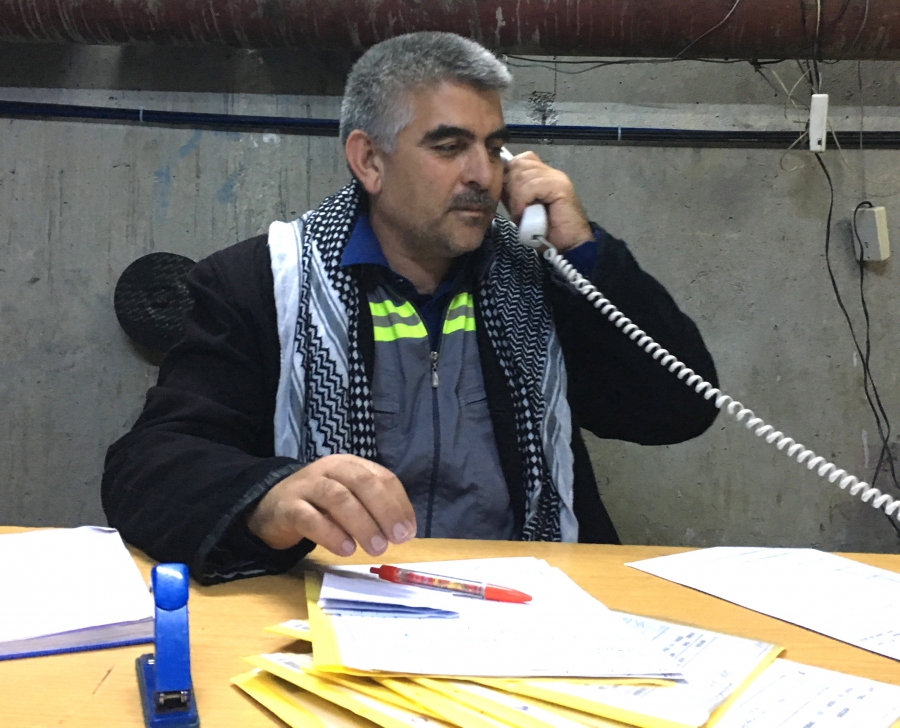 Aquil Muslim at his desk deep inside the Mosul Dam. He says the dam needs constant maintenance but the warnings are overblown.

In the village of Wana, people say the dam is now scarier than ISIS. If the dam does break, Wana would be the first to be inundated. Residents here don’t have an excavation plan and while there are sensors on the dam, Wana is so close they might only have minutes to flee if it did break.

Kebeeya Jamil, who lives here with her husband and seven children, says they don’t even have car if they did need to escape. And leaving their village now isn’t an option.

“We don’t want to be displaced,” Jamil says. “And where would we go?”

She and others in Wana say they won’t be pushed from their homes — not by ISIS, and not by this.

Salar Salim contributed to this report.