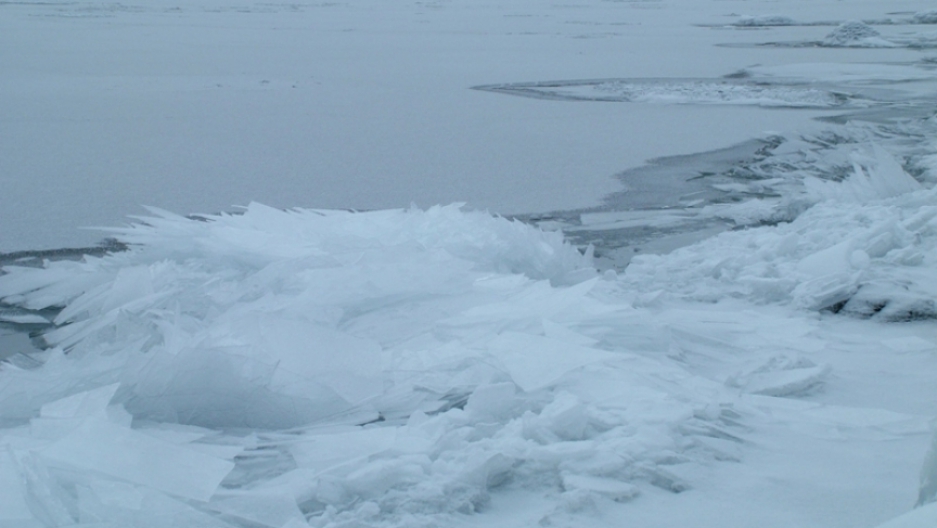 It’s hard to imagine life after a nuclear holocaust. Fires from nuclear blasts would create enough clouds to cover the Earth, something that would block out the sun and push the planet into a deep freeze.

As the United States and the Soviet Union amassed terrifying collections of nuclear weapons during the height of the Cold War, Carl Sagan tried to warn the world about the dangers of a “nuclear winter.”

“Beneath the clouds, virtually all domesticated and wild sources of food would be destroyed,” Sagan says. “Most of the human survivors would starve to death. The extinction of the human species would be a real possibility.”

A new piece from The New York Times and the Retro Report documentary team shows how Sagan’s theory reverberated across the scientific community, and infiltrated the minds of policymakers.

“It was pretty stark stuff, and it came at point when people were seriously worried,” says Andy Revkin, a writer for The New York Times’ Dot Earth blog and a professor at Pace University. “At that time, there was a lot of tension, and a lot of possible adverse outcomes.”

In many ways, the nuclear winter theory was a game changer — Revkin says the scientific community had never before tried to quantify or calculate the destruction that would come from all out nuclear war.

“The global consequences of nuclear war is not a subject amenable to experimental verification — or at least, not more than once,” Sagan said in October 1983. “Maybe we've all made some serious mistake in the calculations, but I wouldn't want to bet my life on it.”

In 1982, Sagan and his fellow scientists —  Richard P. Turco, Owen Toon, Thomas P. Ackerman and James B. Pollack — used climate models that were initially designed for early global warming analysis to determine how the planet would be affected by total nuclear war. Their result were published in December 1983 in the journal Science.

“The issue kind of got interesting,” says Revkin. “This happens often in science — where an initial stark idea gets picked apart and studied more thoroughly, and the models were getting more sophisticated. [The nuclear winter theory] became more like ‘nuclear autumn’ ... But it kind of already did the job in a sort of way.”

The National Academy of Science, the Pentagon and the Soviet Union initially accepted the nuclear winter theory as fact, something that helped protect the world from actual nuclear war as tensions continued to soar.

“Gorbachev embraced nuclear winter; Reagan talked about it a little bit, and it gave another sort of logic — it was like mutually assured destruction plus, with an exclamation point,” says Revkin. “Not only would the war be awful, but this would guarantee no winners.”

The nuclear winter theory carried so much weight because it came from Sagan and other scientists, not military officials or policy wonks. And at the time, Sagan took to national TV to warn the world about nuclear winter, something that solidified it in the minds of the public.

“Imagine a room awash in gasoline, and there are two implacable enemies in that room: One of them has 9,000 matches, the other has 7,000 matches. Each of them is concerned about who's ahead; who's stronger. Well, that's the kind of situation we are actually in,” Sagan said on ABC in 1983.

Revkin first analyzed the nuclear winter theory 31 years ago as a journalist for Science Digest. Though Sagan’s theory was watered down to be something closer to nuclear autumn — a world in which humans can exist after nuclear war but society as we know it has been erased — Revkin says such a prospect is still just as frightening.

“Even today, scientists are pointing to the idea that even with a modest exchange of nuclear weapons — if there is such a thing — between say Pakistan and India, Alan Robock at Rutgers has calculated that you could get a substantial impact globally on agriculture, so it really does hold up in that sense,” says Revkin

The global community is trying to prevent such a tragedy. More than 50 world leaders gathered at a nuclear security summit hosted by President Obama last week. The meeting in Washington, D.C., centered around disposal of nuclear waste and weaponized nuclear fuel and keeping existing weapons away from terrorist groups like ISIS.

“The danger of a terrorist group of attaining and using a nuclear weapon is one of the greatest threats to global security,” Obama said at the summit.

Though this meeting illustrates just how drastically the global conversation about nuclear weapons has evolved in the years since the Cold War, Revkin isn’t resting easy just yet.

“There still are these big arsenals out there, and humans are still fallible, even with fail-safe technology,” he says. “We have to keep that in mind and think about consequences that might seem ridiculously unlikely, but have to be considered.”