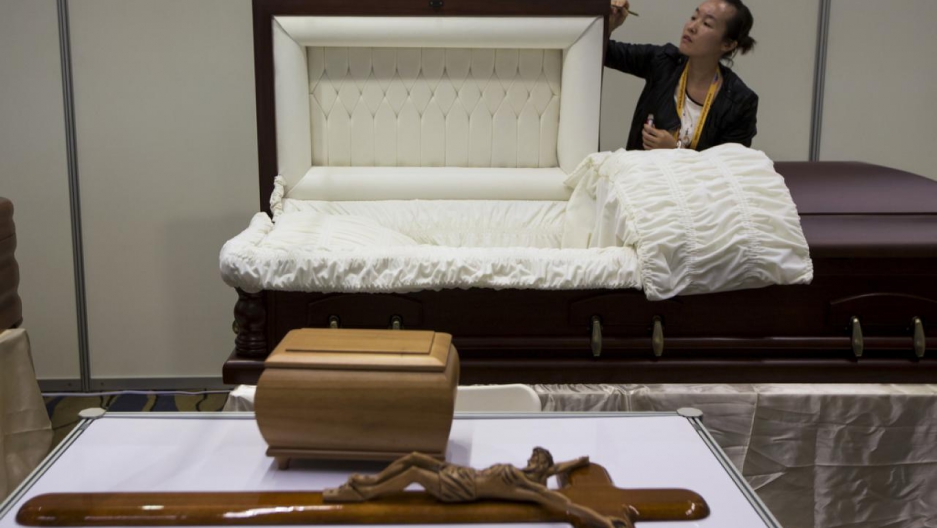 A exhibitor mends a coffin during the Asia Funeral and Cemetery Expo in Macau on May 8, 2014.

If you're worried about what you'll look like when you're dead, a Chinese funeral parlor has got you covered.

The Longhua funeral home in Shanghai is using 3-D printing technology to restore body parts that have been damaged or destroyed in accidents, natural disasters or fires. It's also making some dead people appear younger and better-looking than when they were alive.

The prosthetics are up to 95 percent accurate, according to a report from CRIenglish.com, the English-language website for state-owned radio broadcaster China Radio International. So they're not perfect replicas, but they're very good copies.

3-D printers fuse layers of material — including metal, plastic, ceramic and paper — to create three-dimensional objects that are based on a scanned image. They’ve been used to make everything from guns and coffee cups to model cars and clocks, and researchers are exploring the possibility of printing living human tissue and organs.

The Shanghai Daily said 3-D printing was used to repair the faces of firefighters killed in a massive explosion in the northern port city of Tianjin last year.

“It is difficult for relatives to see incomplete faces or bodies of their loved ones when they attend memorial services, and makeup cannot always sufficiently repair them,” said Liu Fengming, an official with the Shanghai Funeral and Interment Service Center, which sent experts to help with the restoration work.

It’s not the first time 3-D printing has been used in the funeral business.

California-based UPD Urns can produce a three-dimensional bust of your dead loved one that fits on top of the urn containing their ashes.

It can be kept “on the shelf for years to come,” the company promises in a promotional video.