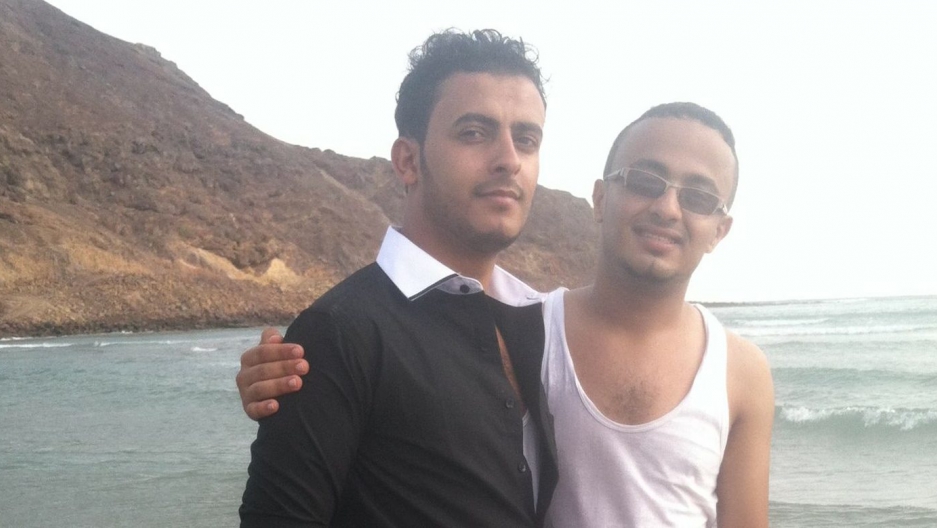 A young Yemeni man wants you to know how the war changed his life. His two-minute audio recording is a heart breaker.

On March 26, 2015 a coalition of air forces led by Saudi Arabia began a bombing campaign in Yemen. It was meant to defeat rebel forces that had taken over much of the country and driven out the internationally recognized government.

As the first anniversary of the air war was approaching, Yemeni college student Ahmed Algohbary made this recording. It's the story of his best friend, Bilal, who died in a Saudi air strike April 20, 2015. Ahmed wrote the story in English so that westerners could understand. "It is my most important message for what is happening in Yemen," he says.

Hello. My name is Ahmed Algohbary. I'm from Yemen, Dhamar City. I'm going to talk about my best friend, Bilal.

Everyone in this life has a best friend. Someone who knows all your secrets. Someone you talk to every day. Someone who can always put a smile on your face. My best friend is Bilal.

Me and Bilal were playing football together, surfing the net, watching movies and going to school together. Bilal always knows how to make me laugh. He has changed my life and made me a better person.

Three years ago Bilal went to the capital, Sana'a, to study there. And a year ago Saudis started to bombard my lovely country, Yemen.

On the 19th of April, 2015 I went to Sana'a to meet my friend, Bilal. I took him to a coffee shop. We had a nice chat. And then I went back to my house, and Bilal went to his uncle's house. Saudi jets targeted Faj Attan mountain. It was the biggest explosion. My house windows shattered. Three hours later I received a call from Bilal's mother.

She said, "Saudi killed my son." And she was crying. I cried, too. I couldn't really believe that: my best friend killed by Saudi air strikes.

Bilal is one of many who are killed by Saudi war on Yemen.

I will never forget watching 'Game of Thrones' episodes every day together and dancing around his room and singing.

I hope one day I will wake up and the war will be over.

My message to the Saudi coalition: Please stop killing. We have kids. We are human beings like you. This is not a game.

And also now the Saudi jets are over my city.

Reproduced by permission of the author