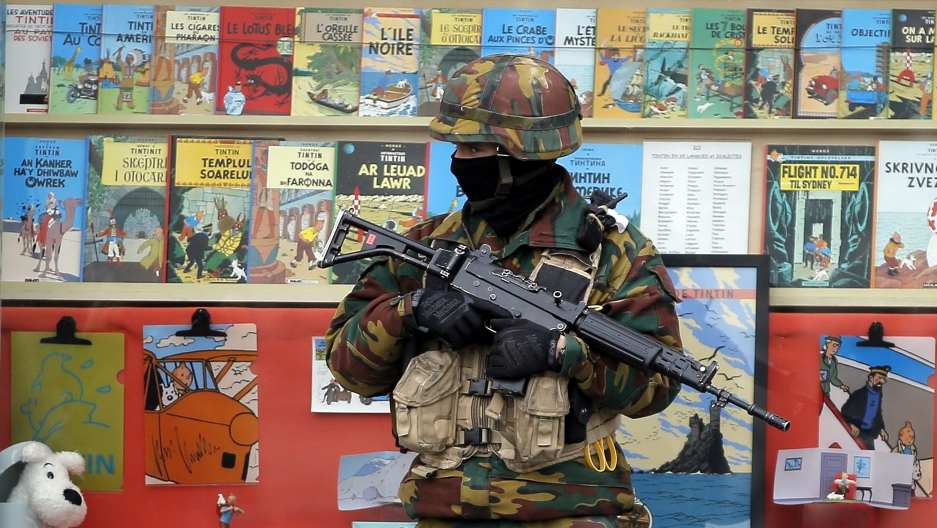 Two ministers in Belgium's government have offered to resign after it was revealed that one of the suspected Brussels bombers was actually arrested in Turkey last summer. He was flagged as a potential terrorist and deported.

And yet he fell through the cracks in Belgium's security system.

"In time of war,” said Jambon, “you cannot leave the field."

The suspect in question, Brahim el-Bakraoui, is believed to have detonated a suicide bomb at Brussels’ Zaventam airport on Tuesday morning, along with another suspect still not positively identified. An hour later, Bakraoui’s brother, Khalid, is believed to have blown himself up in a crowded subway station.

Both brothers were Belgian citizens.

There are conflicting accounts of what exactly happened to Bakraoui in Turkey and afterwards.

The Associated Press reports that he was picked up in Gaziantep, in southern Turkey, which is a known gateway for ISIS sympathizers, and off the main tourist track, and that he was then deported to the Netherlands, with a warning to Dutch and Belgian authorities, flagging him as a possible foreign fighter, but released for lack of evidence.

Belgium has not yet been able to clarify its own version of what happened to Bakraoui.

However, on the day of the attacks, on Tuesday, officials said the brothers had no known prior associations with terrorism.

Bakraoui’s case may not be isolated. Turkey has deported an unknown number of suspected extremists picked up on its territory. They are usually deported because they are not known to have committed any crimes on Turkish soil.

Reporter Dalia Mortada says there was a well-publicized case last November, just a few days after the attacks on Paris.

“This isn’t something Turkish people are used to,” says Mortada. “This isn’t normal for people who live here ... so to see four attacks here since January alone, this is really disheartening for a lot of people who live here. Morale has plummeted. I ask people on the street; I ask my friends, you know, how are you feeling, what’s going on? And people are just broken and confused. They feel abandoned and ask why isn’t our government keeping us safe.”

Mortada adds that Turkish people are extremely sympathetic to the situation in Brussels. “I’m sure you’ve seen on social media there are a lot of people saying, oh, every time an attack happens in Europe or on a European city, people have this outpouring of support, but then what about Ankara, what about Istanbul? And the thing is, at least the response I’ve seen from Turks, is that they’re just as devastated for Europe as they are for themselves. ... It’s very saddening.”