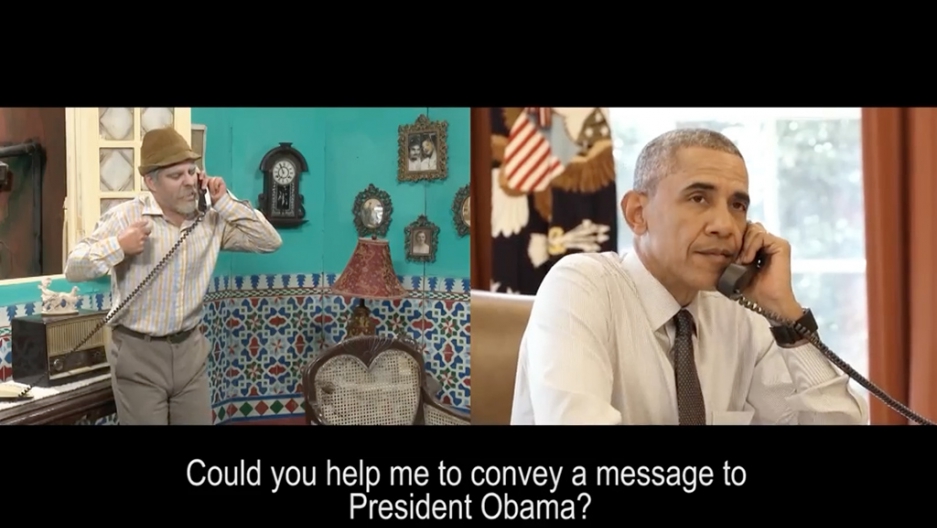 A screengrab of a sketch comedy video starring US President Barack Obama and the famous Cuban comedian Luis Silva, who plays his iconic character Panfilo. The video was released March 19, 2016, ahead of the Obama's historic visit to Cuba.
Share

This one goes out to all you Cubans still on the fence about Obama's visit.

A day ahead of his historic arrival, Obama starred in a video with the island nation's most famous comedian. Luis Silva plays Panfilo, an elderly character who jokes about the reality of life in Cuba on a popular TV show.

In the video, which was released by the US embassy in Havana as well as the YouTube channel of an official Cuban media outlet on Saturday, Panfilo called the "Casa Blanca" to ask about the weather for an upcoming baseball game that the US president is set to attend.

The two trade niceties and Panfilo lands a few barbs at his homeland, warning Obama about the chaos at the airport and the small living spaces.

It is a very charming video, which is surely intended to send the message, as Obama says in the clip, that "the American people and the Cuban people are friends."

But who is the video really for?

The New York Times points out that few Cubans have internet fast enough to watch a video, and it wasn't clear whether the sketch would make it onto Cuban mainstream TV.