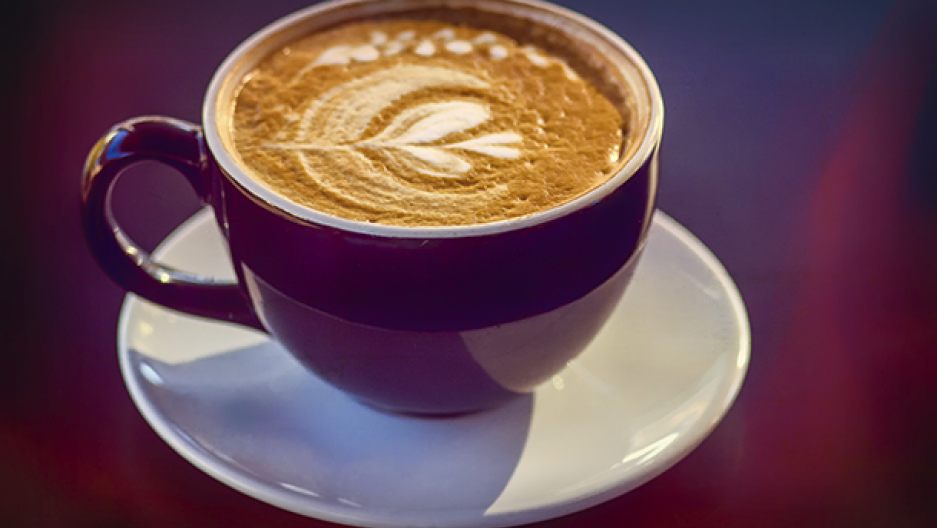 More than half of American adults drink coffee every day. Global coffee consumption is expected to rise 25 percent in the next five years.

Growing coffee often leads to deforestation — but it doesn’t have to be that way.

A new initiative called the Sustainable Coffee Challenge aims to change the way the coffee industry operates. Peter Seligmann, chairman, CEO and co-founder of Conservation International, is leading the charge.

“We started working on coffee about 15 years ago with Starbucks,” Seligmann says. “After 15 years, we've been able to announce, with Starbucks, that 99 percent of all their coffee is certifiably sustainably harvested and produced — which means that, as their company has grown, they have not cut a single tree.”

Seligmann says that even as Starbucks expanded its coffee business, hundreds of thousands of hectares of forests have been saved from destruction. That inspired him to ask, ‘Is it possible to make coffee the first agricultural commodity that is completely and 100 percent sustainably produced?’

Seligmann acknowledges that the biggest obstacle is convincing producers that is in their “enlightened self-interest,” as he puts it, to join the movement.

“To go from non-sustainable coffee to sustainable coffee requires an investment of money and it requires time,” Seligmann says. “Most of these [coffee] growers actually work in co-ops, and the challenge is getting the co-ops to agree that this is the transition they want to make. … What’s going to motivate them is knowing there is a buyer for the coffee they grow.”

When enough consumers insist on sustainably grown coffee, the retailer will want to supply it, says Seligmann. And when the retailer demands rainforest-friendly coffee from the producer, “you will end up with a motivated grower, a motivated supplier, a motivated retailer and a consumer that's happy,” he contends.

Shade-grown coffee is the sustainable model, Seligmann says. Coffee grown in sun is typically produced by clear-cutting forest and planting the coffee in its place.

“When you clear-cut a forest you destroy the biodiversity, you put CO2 emissions into the atmosphere, you lose soil and you [engage in] industrial grade agriculture, which maximizes the pesticides and chemicals and reduces the benefits to society,” he explains. 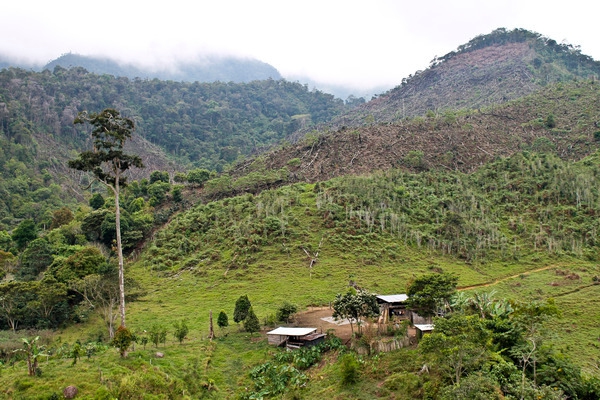 Conservation International is working with growers and producers to prevent clear-cutting, as seen here

Seligmann founded Conservation International nearly thirty years ago to identify and protect biologically diverse places around the world. Only recently, he says, did he realize that enlisting businesses in the work could benefit everyone.

“Societies and nations have to have jobs, and anything that threatens the livelihoods of people is a hard thing to get societies to embrace,” he explains. “I felt that it was really important for us to explore how societies can take care of nature and thrive economically simultaneously. Because if you don't take care of nature, you lose the underpinnings that allow us to live — water, air and food — and if you don't have jobs, you have poverty, you have disadvantaged people, you have [poor] educational systems and your society collapses. So clearly, you can't choose between one or the other. You have to have both.”

This insight led Seligmann to focus on ways to get businesses and societies to understand that it is in their own self-interest to take care of the world’s natural systems.

“If you go into a forest and you log it, and your revenues come from logging, you get one cut and you're done,” Seligmann points out. “That’s not creating jobs. That's basically destroying ecological systems, destroying your source of biodiversity, your fresh water and it’s emitting CO2. It's a terrible strategy and creates poverty and unhappiness.”

“In other words,” he concludes, “protecting forests is the smartest way to reduce emissions and to create jobs for nations.”