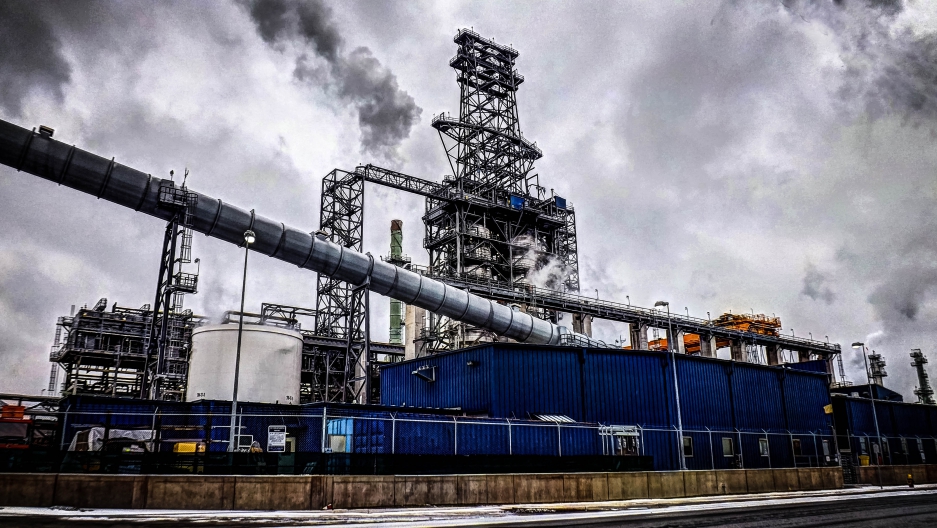 Just a few dozen miles down the road from Flint in Michigan is another community grappling with its own, ongoing pollution crisis.

This is Wayne County, home of Detroit, and a long-running, slow-moving pollution crisis that has been going on for years, mostly around bad air.

People living in 48217 are exposed to poison every day of their lives, he says. And perhaps not surprisingly, it is a heavily African American and Latino community.

Wayne County is home to several of Michigan’s most polluted ZIP codes. Six of the nine low-income communities impacted by air pollution in Wayne County are minority majority. Detroit is 79.1 percent black, while south along the Detroit River are cities such as Ecorse and River Rouge, which are about half black. To the west, Dearborn’s southend is overwhelmingly Yemeni American.

Guy Williams is president and CEO of Detroiters Working for Environmental Justice, a nonprofit that tackles environmental problems. He says race is a dominant indicator of pollution more so than any other variable including income or poverty level.

More Flint-related news: The racial and ethnic makeup of communities is linked to environmental issues such as air pollution

“It is something that manifests in other parts of the country as well,” Williams says.

The US Commission on Civil Rights recently launched a national probe that examines discrimination complaints and focuses on minority communities fighting for environmental justice. They concluded hearings in early February. A 2013 study found average nitrogen dioxide concentrations in the US are higher for nonwhites than for whites.

Air pollution is what pushed Martin out of southwest Detroit. The longtime environmental activist says he would never raise children there. Now he lives in Sterling Heights, a Detroit suburb.

Recent studies show air pollution from industrial sources in Wayne County could be just as harmful to human health and lives as Flint’s contaminated water supply.

A 2014 study of the health effects of power plant emissions by the Clean Air Task Force found that 70 deaths in Wayne County each year were attributable to the air pollutants. More than 7,500 deaths nationwide were linked to power plants, they found.

The research and advocacy group Clean Air Task Force evaluated the health effects of power plant emissions in 2014. Read more about their findings and interact with this map here.

A study conducted in 2014 by Wayne State University researchers concluded that the pulmonary health of Arab Americans living in the southend of Dearborn is adversely affected by environmental factors. A group of 147 Arab Americans reported having worse asthma symptoms in the winter than the summer, which coincided with higher levels of air pollutants. Improvement in self-rated air quality correlated significantly with improved lung function.

While health advocates have known about the pollution problems in Wayne County for some time, the outrage in Flint is propelling them forward in their efforts to clear the air.

The human service organization, Original United Citizens of Southwest Detroit is lobbying the Detroit mayor’s office and working to commission a study that would examine whether certain diseases such as cancer are directly correlated to environmental factors. For years, the group has been actively engaged in raising awareness and addressing Detroit’s environmental issues.

Martin, a member of the United Citizens group, is among those joining the group’s effort.

“Timing is everything,” he says. “We need to put more pressure on starting the conversation about pollution right now.”

"I’m observing the shock and outrage in the general public over the Flint water crisis, and I feel that it is a proper response for what has been unveiled. We need to bring similar attention and understanding to places like the 48217 ZIP code of southwest Detroit, and other sections of Wayne County," says Williams.

Refineries and heavy industries surround Wayne County. All the facilities contribute to the air pollution crisis. Detroit Mayor Mike Duggan and Wayne County Executive Warren Evans have been vocal about a controversial pending permit that could allow the Marathon Oil Refinery in Southwest Detroit to increase pollution further. Duggan threatened to sue the state if Marathon’s permit allowed increased pollution. Evans’ administration also spoke out against the expansion of operations at US Ecology’s hazardous waste facility in Detroit.

It’s a step in the right direction.

“There are people who have high incidents of asthma and chronic pulmonary disease. All that should be a factor before you give that permit. We want to start putting a mentality of health in all policies,” Hammami says.