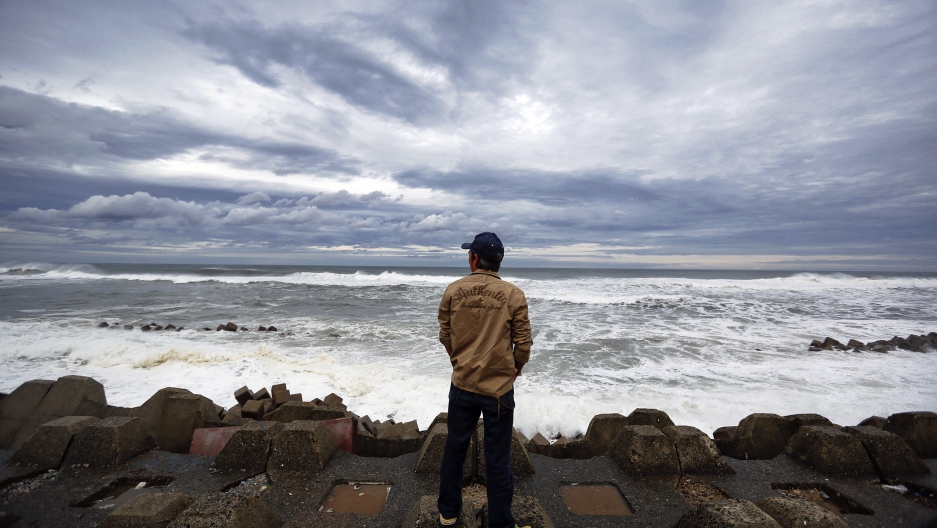 A man watches waves break into anti-tsunami barriers after a storm in Iwaki, Fukushima Prefecture September 16, 2013.

Five years after the Fukushima nuclear meltdown, the radiation in the ocean off the coast of Japan is thousands of times lower than it was the month after the disaster, but water contaminated by the power plant is still slowly seeping into the ocean.

Radioactive isotopes from Fukushima have been detected off America's West Coast, but in levels so low they don’t pose a health risk.

“If you get up every day and go swimming in those waters for an entire year, you have (an) additional dose, but it turns out to be about 1,000 times smaller than a single dental X-ray,” said Ken Buesseler, a radiochemist with the Woods Hole Oceanographic Institution.

“I’m not concerned about swimming in the ocean or eating fish from our side of the Pacific.”

Last February, Buesseler detected the first radiation from Fukushima on the coast of North America, off British Columbia.

He had been collecting and testing water samples off the coast of Japan and North America since 2011.

Buesseler’s sampling shows that levels of radioactive cesium in the ocean off of Japan are thousands of times lower than in April of 2011, when cooling waters from the Fukushima nuclear power plant were released directly into the ocean.

But they are still high enough to cause concern about eating some types of fish, as radioactive particles concentrate in their flesh.

Buesseler said around one percent of the fish in the waters off of Fukushima are currently above the government’s seafood radiation limits, down from over half of the region’s fish in 2011.

On land, most of the food grown in the Fukushima region are still being tested for radioactivity, he told PRI's The World.

Deposits of radioactive material at the bottom of the sea near Japan will linger for decades, “but not levels that seem to be causing immense contamination,” Buesseler said.

Buesseler, who crowd-funded the collection and testing of nearly 1,000 seawater samples since the Fukushima meltdown, said the disaster opened his eyes to the limitations of radiation testing and monitoring in the ocean.

“We’re learning a bit about how weak in some ways our predictions can be, and in times of crisis we need to do better than that,” Buesseler said.

After Fukushima, scientists predicted some nuclear fallout would reach the West Coast, but their predictions on when ranged about a year. Their models on how concentrated that radiation would be varied by a factor of ten.

Today, Buesseler is critical of the fact that there is no US federal agency responsible for studies of radioactive contaminants in the ocean.

“EPA monitors air and drinking water, why aren’t we monitoring our oceans for radioactivity?” Buesseler asked.