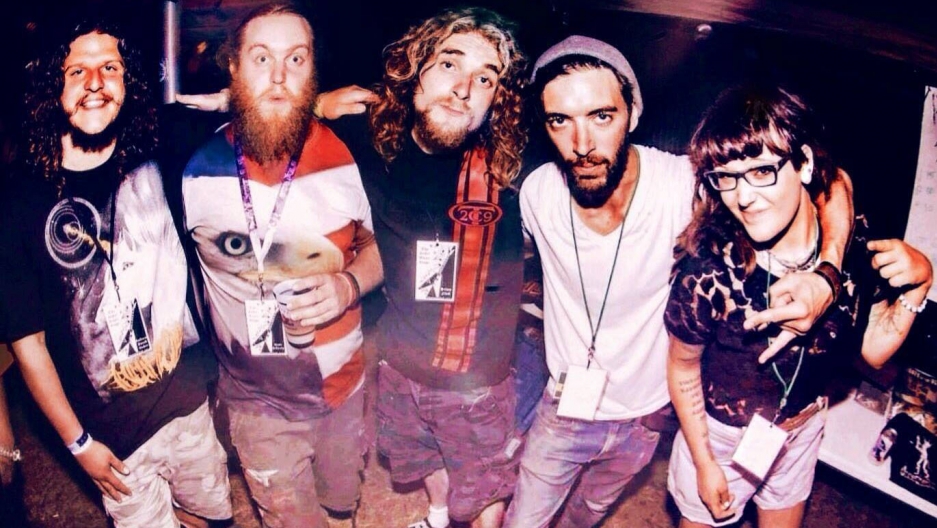 A shot of Whiskey of the Damned from 2014. Eoin McCarthy is second from right.

Courtesy of Whiskey of the Damned

When Eoin McCarthy was a young, green-haired punk rocker, he went to session at a bar called ‘The Blue Light’ in Dublin. At some point, a man turned to him and started giving him tips.

It wasn’t until a few days later — and a few more guitar lessons — that he realized that guy was Van Morrison.

But if you ask him the question directly, like I did, he’ll shrug it off and say something humble, like “Yeah, I got a few lessons.”

A lot has happened since then.

First, he moved with his father to Milwaukee, Wiconsin. Why Milwaukee, you might ask?

"When we got green cards to come over here, you had to declare what city you were going to stay in," he explains. "They give you a list, like, Chicago is the Windy City, New York is the Big Apple and then Milwaukee was Brew Town. My dad literally pointed at Milwaukee and was like 'That's where we're going.'"

Then, in 2011, he started Whiskey of the Damned, a six-part Celtic rock band. They tour all over the country, and soon, they’re bringing their act to Ireland for the first time.

The idea had humble beginnings. The first year of Rebel Stage, Eoin didn’t have a real ticket to the festival.

He and a few friends were busking outside of Summerfest. They made enough money to buy last minute tickets and when they got inside, they asked if there were any open slots. There was one spot, but the next day when they showed up to play it had been taken by another band.

But they took it in stride, and hauled their gear to a lakefront, found an outlet for their instruments, and began playing. And it’s been happening ever since.

“I like finding new artists and giving them a chance to play,” he says. “They get a break, because they can’t usually get into a festival like that.”

So what kind of acts would you see on the Rebel Stage today?

“Everything from death metal to hip-hop,” he says. We’ve had standup comedians, we’ve had a kid teach Tai Chi. You name it. We literally take any artist at all and try to give them a break.”

Eoin’s — and by extension his band’s — commitment to pay attention to local artists was one of the reasons I first heard about him.

We’re a week out from St. Patrick’s Day, and to celebrate, I’ve been on the hunt for the best new Irish punk music. Whiskey of the Damned was the most popular submission.

Which reminds me — you still have a little bit of time left to send me your favorite Irish punk bands, whether they’re based in Dublin, Dallas or anywhere else. Submit them here!

I’ll see you in a week with the full list. Cheers!