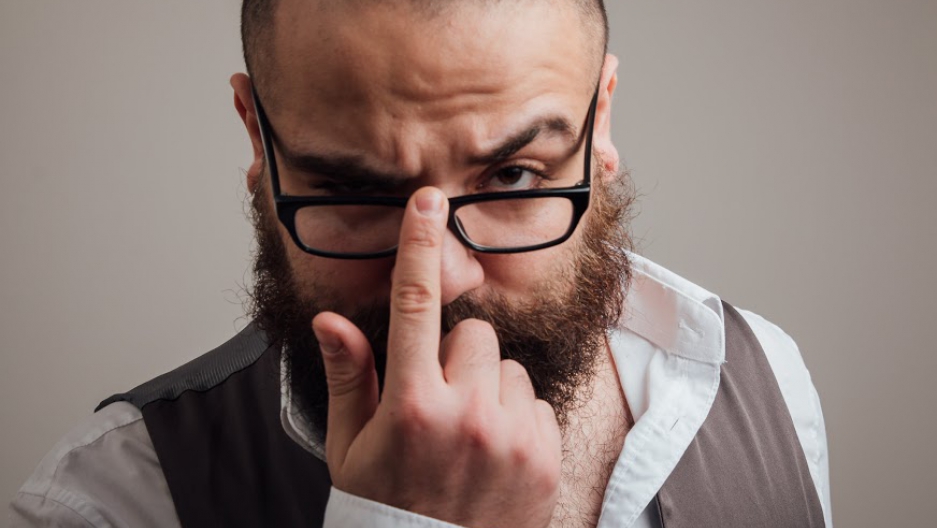 Syrian filmmaker and satirist Firas Alshater says Europe will embrace its new refugees, but it just might take a while.

Filmmaker Firas Alshater was imprisoned for his activism in Syria. He became a sensation on social media after blindfolding himself in a Berlin public plaza with a sign that read: "I am a Syrian refugee. I trust you — do you trust me?"

If you haven't seen the three-minute video that made him famous, you'll want to.

That's when the hugging began. And it didn't stop. Loads of people stopped by to embrace the 23-year-old refugee.

"That give me great feeling," he adds. "It showed me the media cannot show you all the reality and they can't make interviews with all people to show you that there's still people who is supporting refugees, even if they don't know them."

Alshater grew up in Damascus. He was among the first on the streets five years ago when protests against the regime of Bashar al-Assad broke out. But he says today he wakes up every morning determined only to find some happiness.