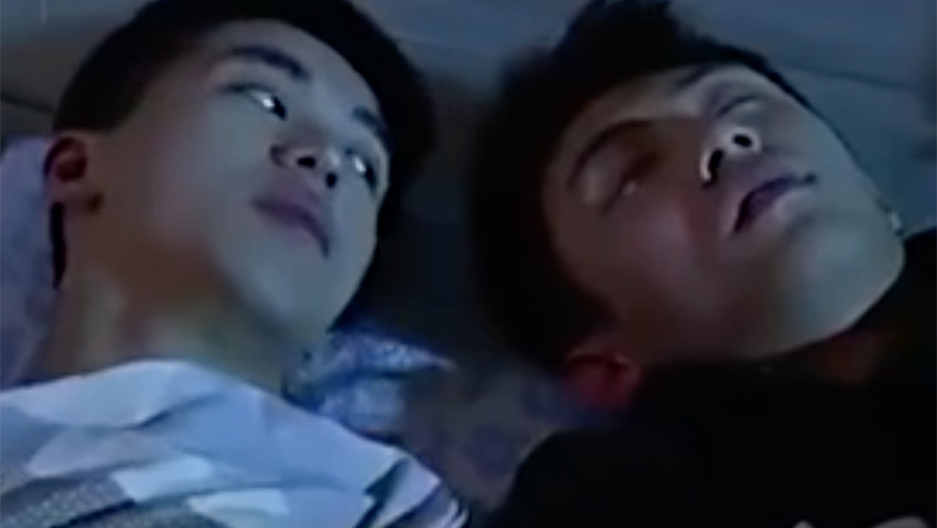 China likes to ban things. This is not news.

But the most recent thing China banned is making waves nonetheless: depictions of gay people on television.

Nope. Not going to happen.

And the government can either continue pulling such shows from the airwaves, as it has been doing, or it can come right out and draw a line in the sand saying people can't put the shows on the air in the first place.

The government issued a new set of regulations in December, though they weren't widely circulated until this week.

The regulations state that “No television drama shall show abnormal sexual relationships and behaviors, such as incest, same-sex relationships, sexual perversion, sexual assault, sexual abuse, sexual violence, and so on.”

The new rules appeared a week after a controversial show called "Addicted Heroin," about gay teenagers, was pulled from video streaming sites in China. The show can now only be viewed on YouTube, which is blocked in China. Several other shows featuring gay characters have also been pulled in recent months.

The new rules also frown upon a range of other content ranging from cleavage to witchcraft and including — no surprise — historical depictions “harmful to the unity and sovereignty of the country and its territorial integrity,” according to Buzzfeed.

The move is part of a wider morality campaign aimed at cracking down on "vulgar, immoral and unhealthy content."

There's no use broadcasting content that "exaggerates the dark side of society" when the Chinese government is doing a fine job of that on its own.