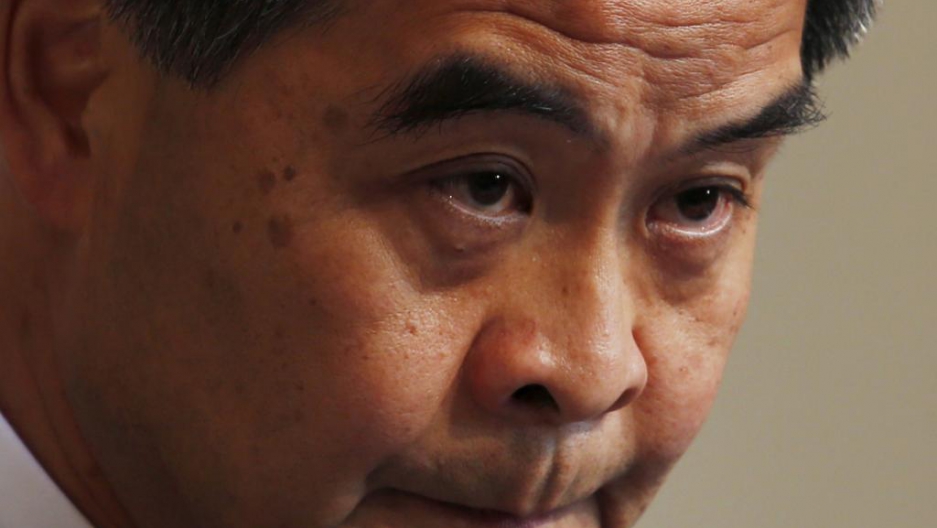 Posts on Leung’s Facebook page have been plastered with hundreds of thousands of “angry” faces — one of five new “reaction” emojis added by the social media network last week — as internet users express their growing dissatisfaction with Hong Kong’s top leader.

So far, Leung's profile picture alone has attracted more than 183,000 “angry” faces, compared to more than 5,800 “likes” and 1,230 “sad” faces. The response to photos of the chief executive at a charity ball was also ferocious, with more than 82,000 users clicking on the “angry” face, compared with just over 4,000 “likes” and 300 expressions of “love.” Photos from his appearance at the recent opening of the Red Cross' new headquarters in Hong Kong drew 18,630 “angry” faces and just 72 “love” hearts.

Hong Kong student activist Joshua Wong can claim some of the credit for the online attacks after encouraging his tens of thousands of Facebook fans to fill Leung’s profile page with angry emojis. Leung is Hong Kong’s third chief executive since control over the former British colony was returned to Beijing in 1997. His opponents nicknamed him “689” after he was elected to office in March 2012 with 689 of a possible 1,200 votes from an electoral committee stacked with pro-Beijing or pro-business figures. The New York Times wrote at the time of his victory that he had a “reputation for having a limited tolerance of democracy and public demonstrations.”

His critics have since accused him of acting as a puppet of the Chinese Communist Party, which many in Hong Kong fear is increasingly violating the city's political and legal autonomy under the "one country, two systems" policy.

During the months-long pro-democracy protests in 2014, sparked by China’s announcement that it would effectively screen candidates for the 2017 chief executive elections, demonstrators called on Leung to resign. He refused.

The recent disappearances of five people connected to a Hong Kong publishing house, known for putting out books critical of China, have also heightened fears that Beijing is encroaching on the city's quasi-independence. Chinese authorities are believed to have abducted the men and Leung has been criticized for not speaking out.

The heavy-handed police response to protesters over the Chinese New Year holiday, described as the worst violence since the 2014 protests, has only fueled hostility toward him.

What better way to express that antagonism than with an "angry" face?

This story was cross-posted from our colleagues at Global Post.